So on Friday night when Rob and I came home from food shopping and stepped out of the car into the driveway, I went a little nuts when I noticed a very strong gas smell in the yard.  I immediately had visions of the house exploding and causing chain fires throughout the neighborhood, resulting in millions of dollars in damages and the President’s helicopter hovering over the town of Franklin, declaring it a Federal disaster area.  This is my first experience with gas heat, so I have no idea what to do in these types of situations.  So we just left it running, I called my home warranty company and made a claim, and then went to bed hoping I wouldn’t die.

Well, that’s apparently not what you’re supposed to do when your HVAC unit is leaking gas.  YOU TURN IT OFF.  So I turned it off and waited for a technician to come to the house on a Saturday when we were planning to have friends over for dinner.  I ran to Target and picked up some floor heaters and we had our dinner.  Apparently my HVAC unit is 13 years old and has a cracked heat exchanger which is leaking gas and carbon monoxide on the outside of the house. 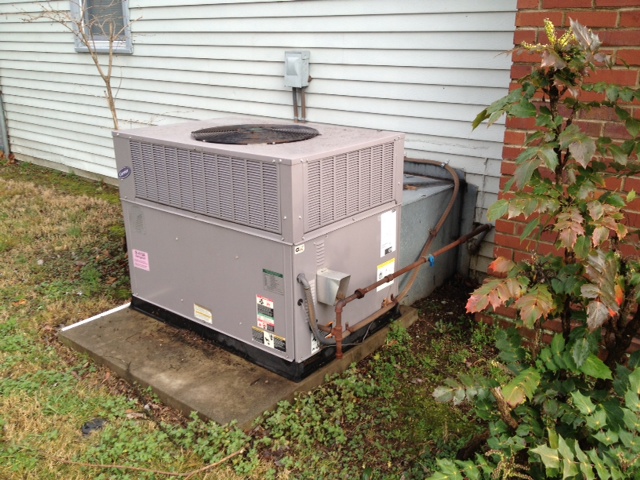 By Tuesday, before receiving the part from the manufacturer, my house had turned into a fridge and no matter how warm it happened to be outside (a high of 71 degrees that day), it still felt like 42 degrees inside.  I was so damn cranky and wanted to bite everyone’s head off and yell at them for no reason.  It is now easy for me to understand why people lose their minds during natural disasters. Something about your habitat being screwed with really messes with your equilibrium.  This is probably why the cats hated me for weeks after we moved into the new house.  I must buy them more treats.

The completely stupid thing about this was that I had electricity, running water, an embarrassingly large stash of Biscoff cookies in the pantry to have with tea, my straightening iron still worked…everything a girl could need!  I am beyond grateful that the weather was not 28 degrees during the day, although it will get down to that at night by the end of the week.  There is nothing happening that should have plunged me into the depths of stressdom since the heaters kept the bedroom and the bathroom warm, but the feeling of being a prisoner kept from the rest of the icy house made me feel caged.  How on earth did they not freeze to death in Downton Abbey?!  Those episodes where they’re standing out in the snow, necks exposed, wearing a chemise and slippers, those women were nuts!  And the fireplaces in that house couldn’t have kept the hallways warm, right?

Anyway, the missing part came in.  As the roofers were arriving after the storm to assess the roof damage and the next door neighbor was arriving to assess the tree damage, the HVAC guys came to fix the heat.  They were there all day long, and the thing was still leaking gas.  Thankfully, after replacing nearly every part inside the unit, the heat came back on at about 7 pm last night.  People, if I hadn’t had a home warranty, this repair would have cost over $1500.  The home warranty covered all but $250 of the cost, so I am officially an advocate for getting a warranty for at least the first year you live in a home.  There are just too many unpredictable factors that can cause things to break.  I hope this thing lasts another 13 years now that the insides are all new!

Home ownership is great, but man…