In June, as many as a dozen species may burst their buds on a single day.
No man can heed all of these anniversaries; no man can ignore all of them.  ~Aldo Leopold
I had to go to Los Angeles the first week of June for work, which meant an entire week of no gardening.  This is the weird time of year the Californians refer to as “June Gloom” thanks to hazy mornings that take hours to transition into sunshine.  I was able to see some friends and take a hike with my cousin up to the Griffith Observatory which is total nerd heaven.

The observatory houses a science museum with a Tesla Coil, a pendulum that moves with the earth’s rotation (eerily similar to the one in LOST), and lots of scales that show you how much you weigh on other planets (great for the self esteem). 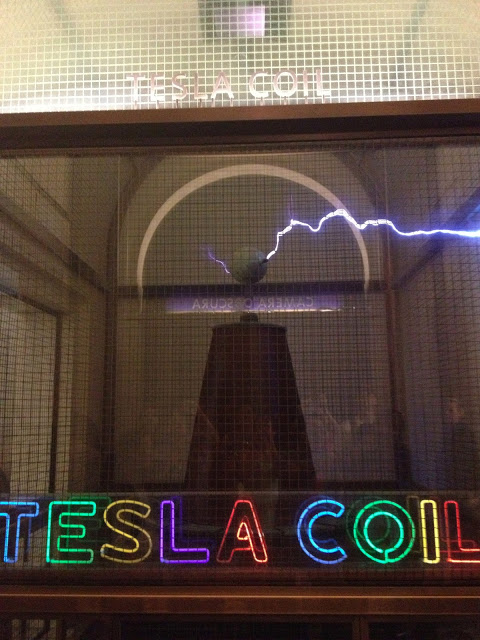 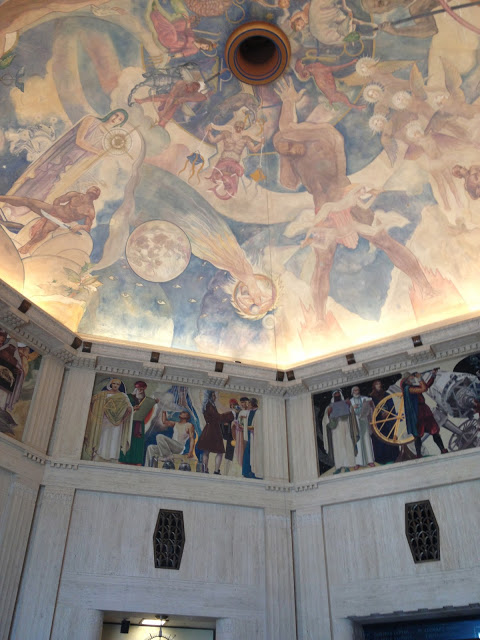 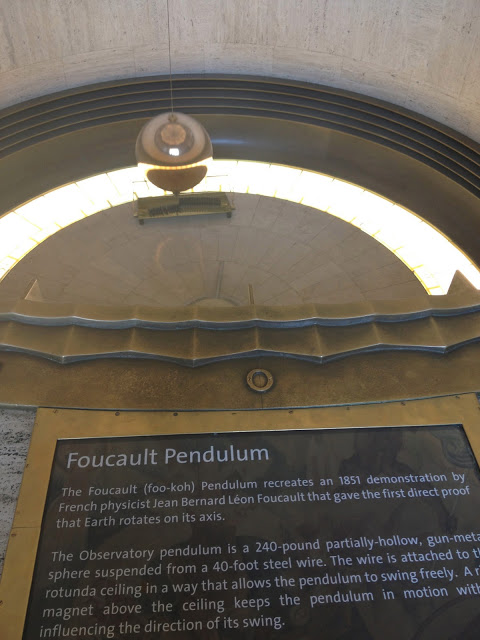 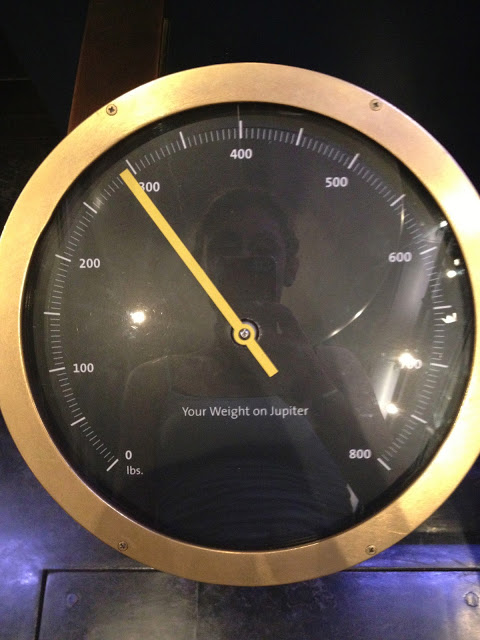 I am still recovering from the measly two hour time difference that has completely messed with my inner clock, and I have yet to get my hands dirty.  This weekend, the plan was to get some dirt under the fingernails.  One week can make a tremendous difference in the life of a spring garden.  When I returned, the tomatoes were stretching well outside their cages, the giant squash leaves were already peeking over the fence, the cucumbers had a couple of little cukes on the vines, the peppers were blooming, and the beans formed a carpet of leaves and tiny white blooms in the center of the plot.  I grabbed some Velcro ties and got the tomatoes secured to the bamboo tripods and dumped some 10-10-10 fertilizer in there before crashing on my couch in total exhaustion. 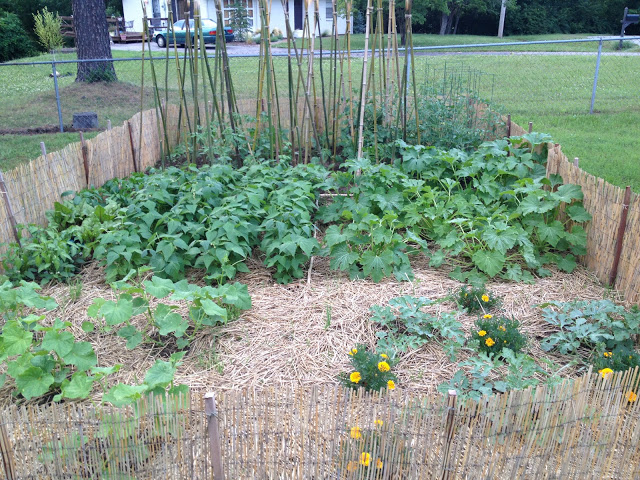 I am hoping I get a ton of tomatoes this year.  I am skeptical due to past years of rotten luck with them, but there are a few on the vine that look like they might pull through. 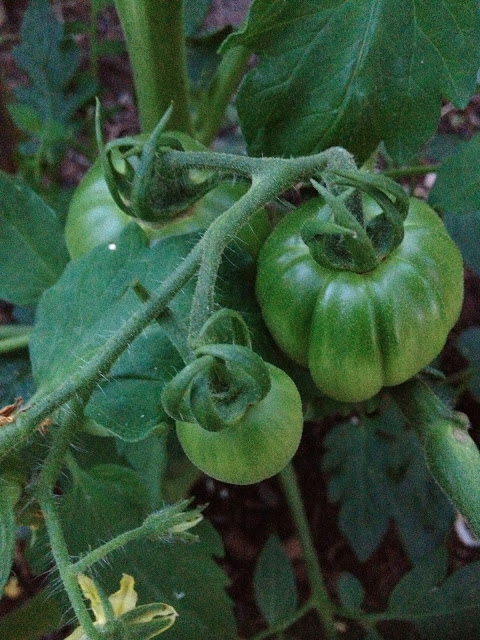 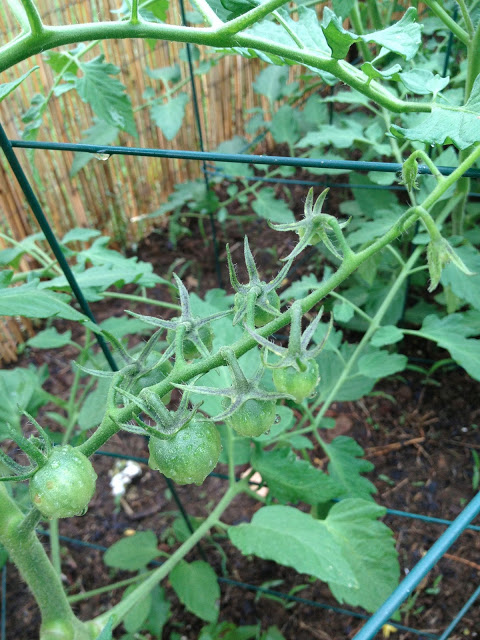 The color of the squash blossom is a deep tangerine.  I keep debating whether or not to cut some of these blossoms off to try frying them in a batter.  I will never forget the first time I ate a squash blossom.  It was like a piece of Heaven melted in my mouth.  Perhaps after some zucchini have come in, I’ll see if there’s any extra for some culinary experimenting! 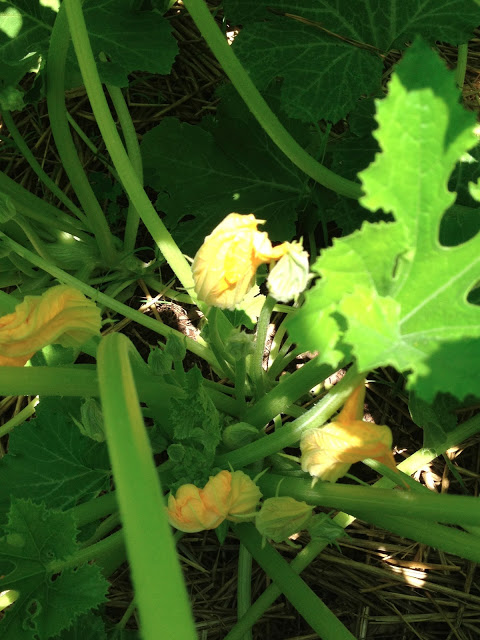 The cucumbers are really trailing all over the place and trying to climb the fence, so I decided to do something I’ve never done before, make some sort of trellis for them.  Since the tomatoes seem to be doing ok on the tripods, I made some quadpods for the cukes, and secured them with ties.  Now there is so much more room on the ground and the watermelon plants will have room to roam.  I had no idea I’d run out of space so quickly! 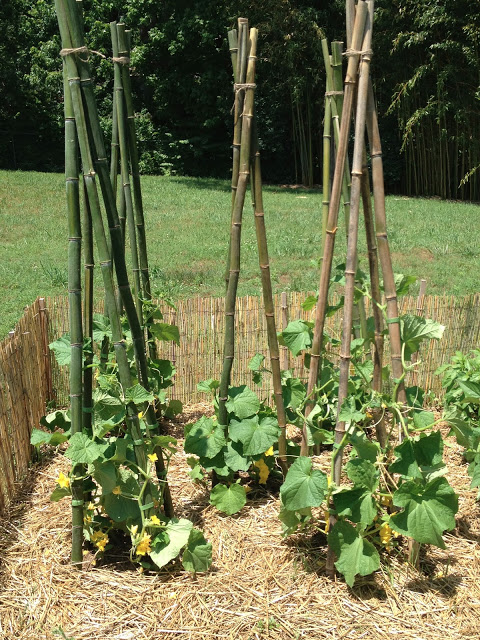 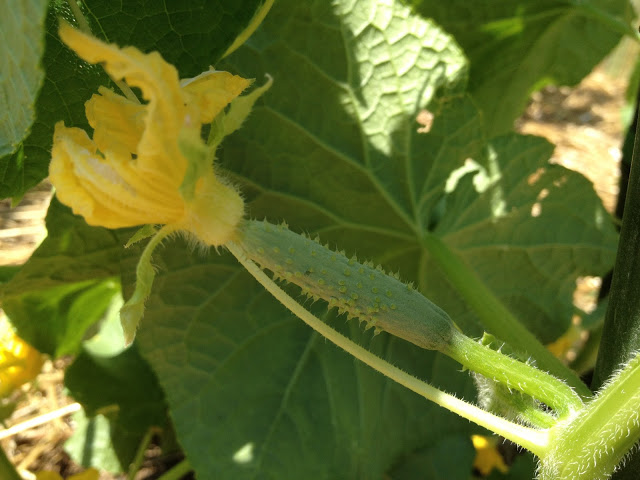 The flower beds are also coming along.  My roses look like absolute crap thanks to tons of ugly caterpillars having a chompfest on the leaves before the flowers faded.  The swiss-cheesed hosta are recovering from a slug brigade.  I made a trap with a container full of beer and they drowned happy deaths.  I’m not sorry to see their nasty sticky trails disappear. 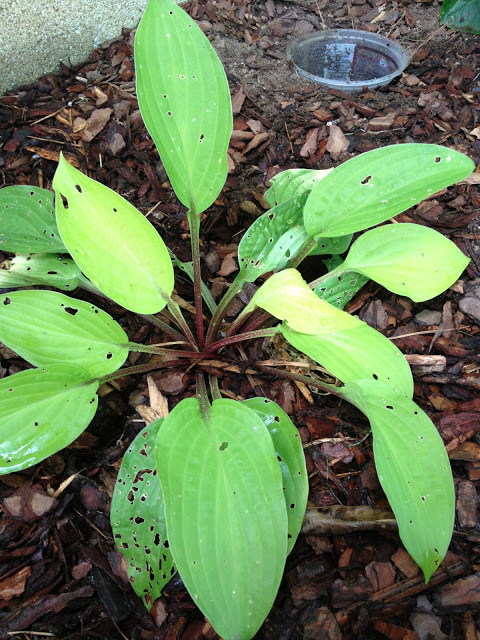 I bought a shabby looking plant at Lowe’s earlier in the season called Rock Purslane (Calandrinia) because I was so taken with the color of the flowers.  It’s finally starting to settle into its new home and has begun blooming again.  This is a tender perennial, so I’m hoping it can survive the winter and come back next year. 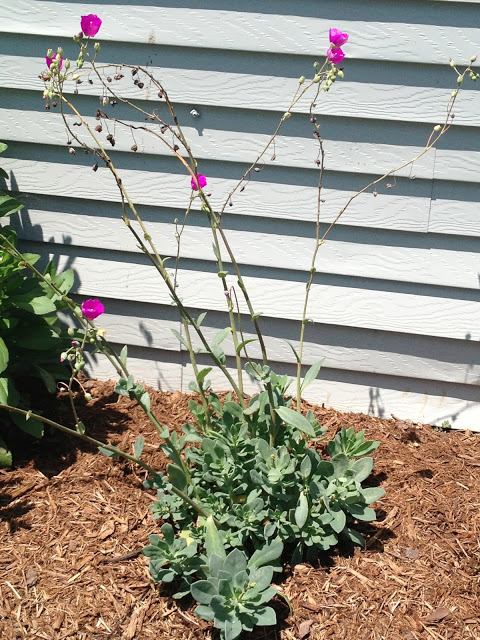 Every morning just before I leave for work, I do a quick walk around to look at all the new buds, new blooms, and new fruit showing up around the yard.  It’s so exciting and so gratifying to see all the hard work of spring pay off with a colorful show in summer.  There is still much to do: dig a space along the fence for more daylilies, figure out a better way to water the side garden, fight off the squirrels who are mangling my sweet pea planter.

I can feel myself slowing down as the days get hotter, but hopefully in the next couple of weeks I can manage to finish everything I need to before worrying about harvesting all the veggies.
Previous Post: « LIGHT: Bruce Munro At Cheekwood Botanical Gardens
Next Post: Making Ravioli: Because Italians Should Know How »