I’m in Heaven.  I mean, I might as well be because I’m so freaking high in the air.  Altitude sickness is awful.  When Ashley and I got to Estes Park, CO yesterday we felt sort of drunk and queasy and dizzy and headache-y…ick.  But we woke up this morning and felt awesome, so awesome that we ate a giant breakfast at Notchtop Bakery and Cafe.  I had a French toast sandwich, which is every bit as amazing as it sounds.  French toast with ham, eggs, and cheese squished between it, accompanied by a pile of potatoes.  Perfect hiking meal.

I have to tell you, this place is magical.  It’s doing a number on my brain.  The landscape is so incredibly vast that I simply can’t take it all in.  We headed to Rocky Mountain National Park after breakfast to do some hiking and we started with the basic trails.  As we were driving into the park it dawned on us that there are not enough words in the English language to adequately describe in sheer beauty of a place like this.  So I will tell you what we did and let these two dimensional pictures sort of speak for themselves.  Please come here.  If you have legs and eyes you need to come here to experience this place. 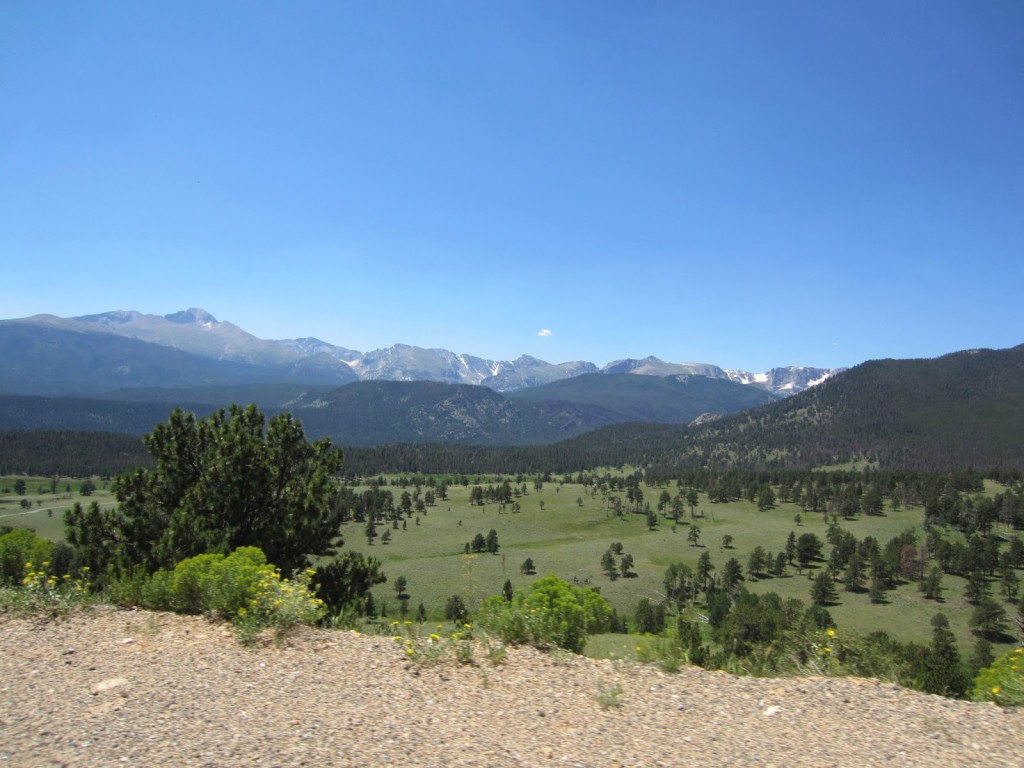 The first stop we made was at a meadow called Sheep Lakes where we looked out on a few ponds with grasses and wildflowers swaying in the breeze.  We also met a fabulous volunteer named Darrell who was very knowledgeable and told us where to head.  We then headed to the Alluvial Fan which was a waterfall that had broken through a dam in the 80s and flooded the valley. 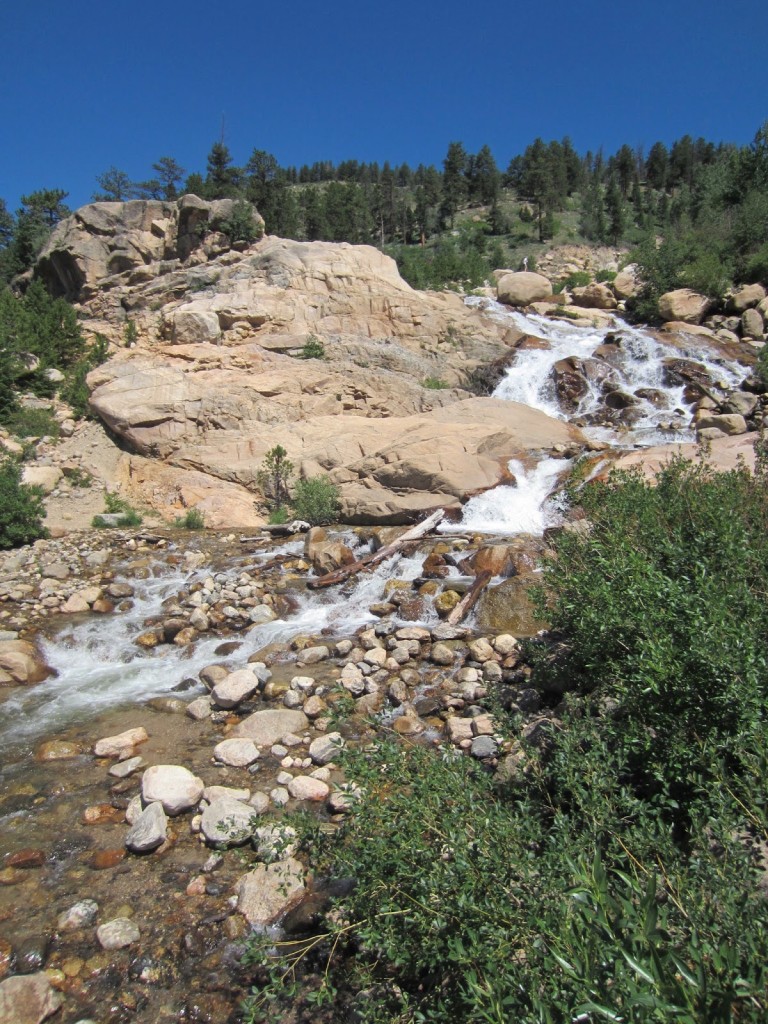 Onward and upward to Bear Lake, probably the most popular easy trail in the park.  We parked at the park & ride on Bear Lake Road, which just reopened on Saturday, and took a shuttle bus up to Bear Lake.  Crazy ton of people…and a terribly easy walk to this pretty lake with epic views from all angles. 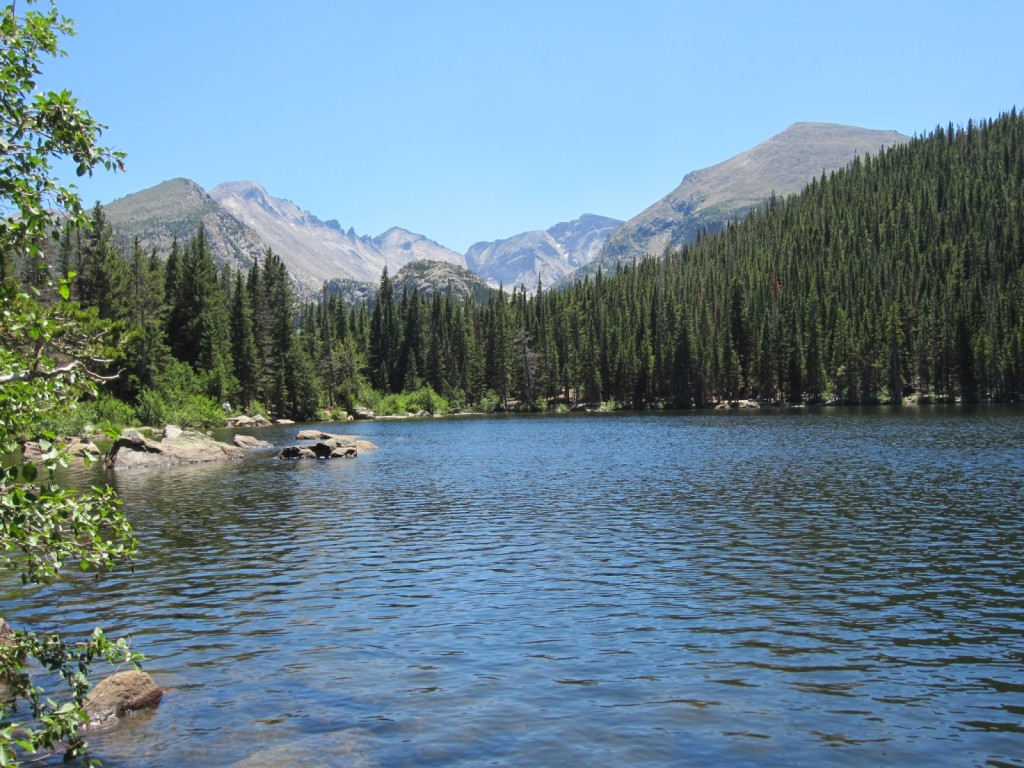 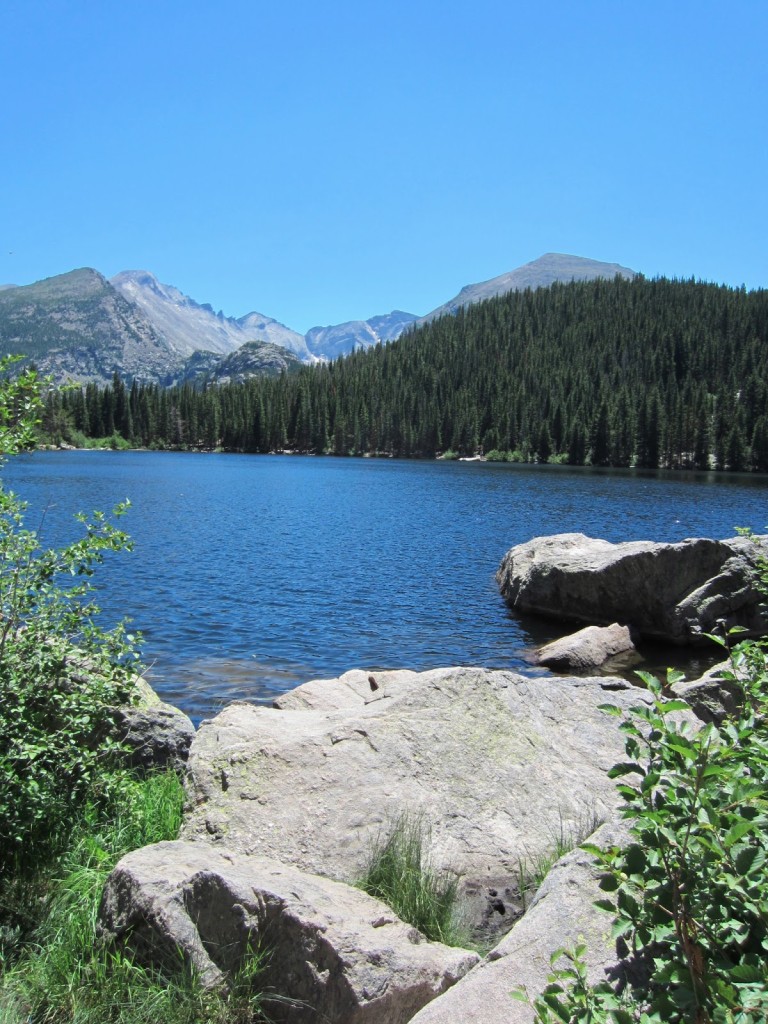 July is peak wildflower season and they were everywhere.  Reds, yellows, purples, whites, pinks peaking out of rocks, showing up in the most challenging of places during this short season of blooming.  Dining needles were also having a heyday and their blue bodies looked gorgeous against the deep greens of the landscape. 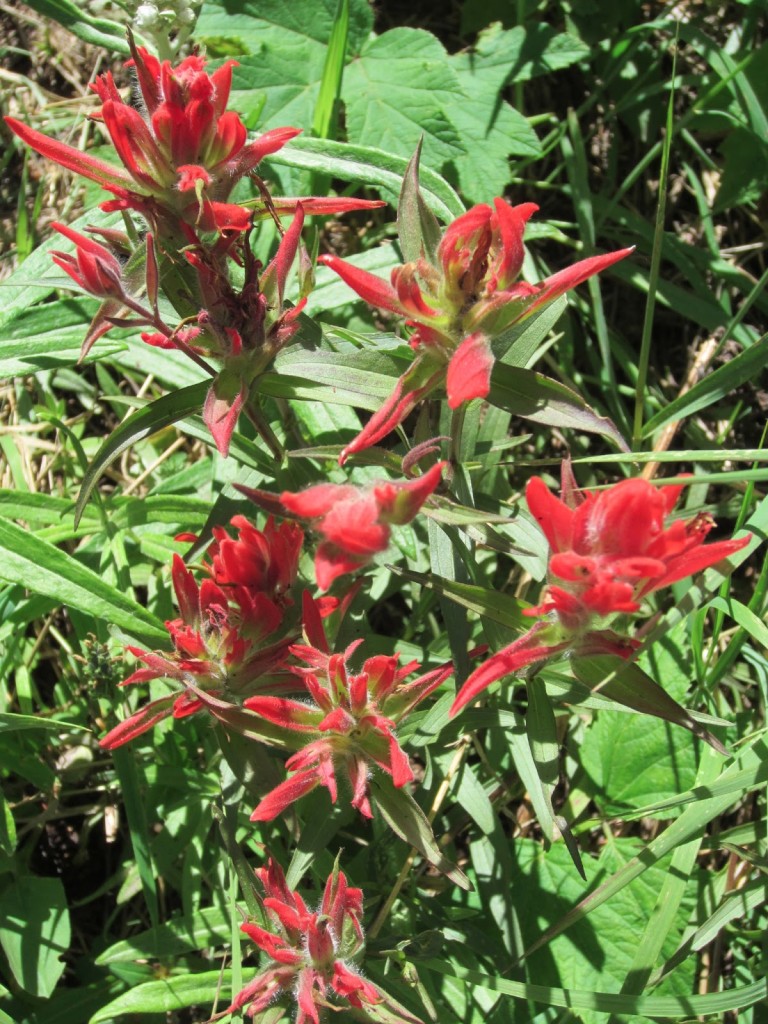 The Bear Lake trail continues to several other lakes and I wanted to see them all, so we headed next to Nymph Lake, a small body of water with wild yellow water lilies dotting the surface. 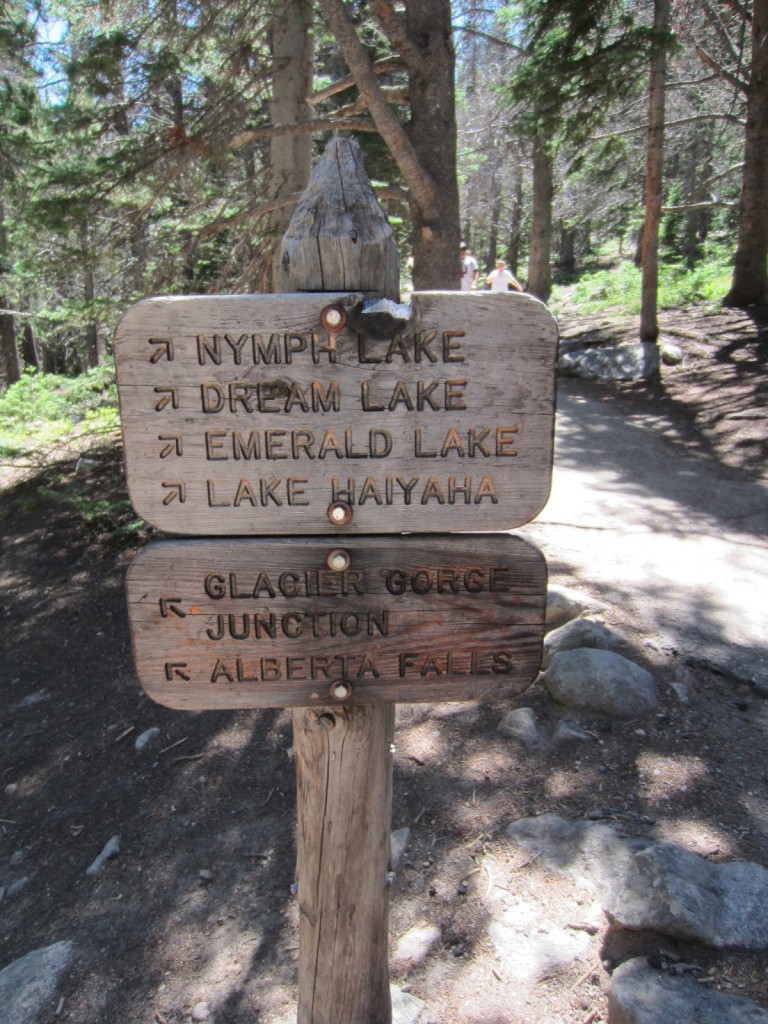 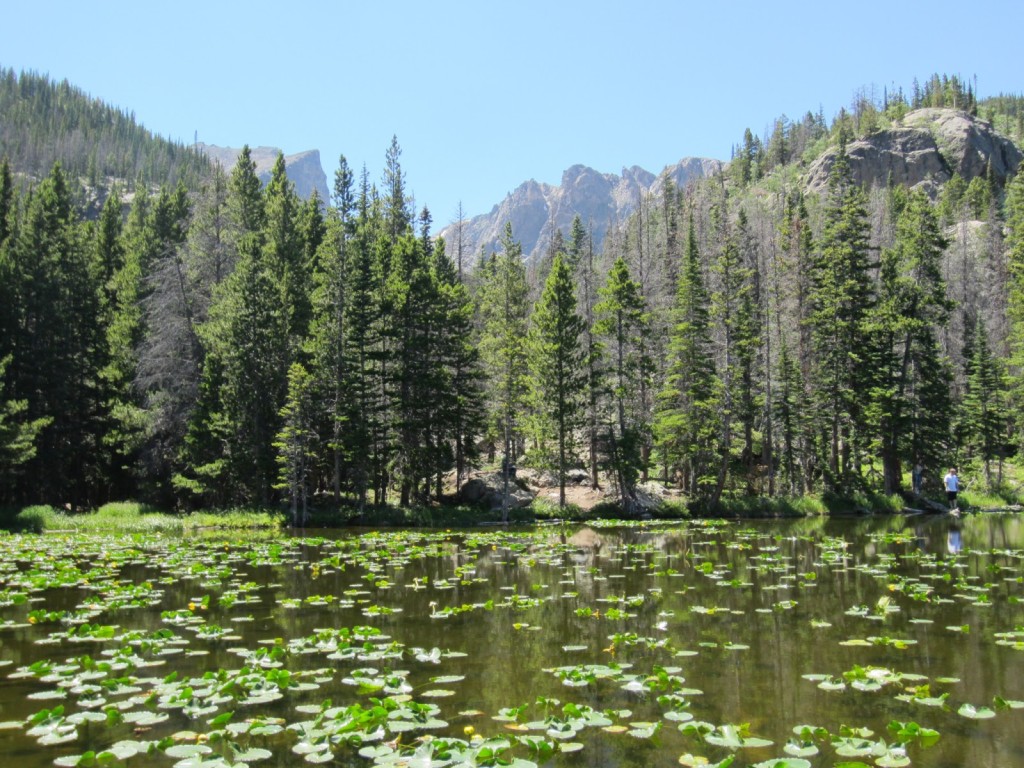 The trail continues onto Dream Lake.  Each lake had about .6 miles in between but, my Lord, we were huffing and puffing all the way up.  There were these little old ladies pacing us and were like, dang, if they can do it so can we!  With the air being so thin it was tough at times to get a full breath of air, so we stopped often and drank lots of water.  The views up to Dream Lake were the most magnificent we saw all day.   I could have just parked myself on that trail and sat all day looking out into the vastness. 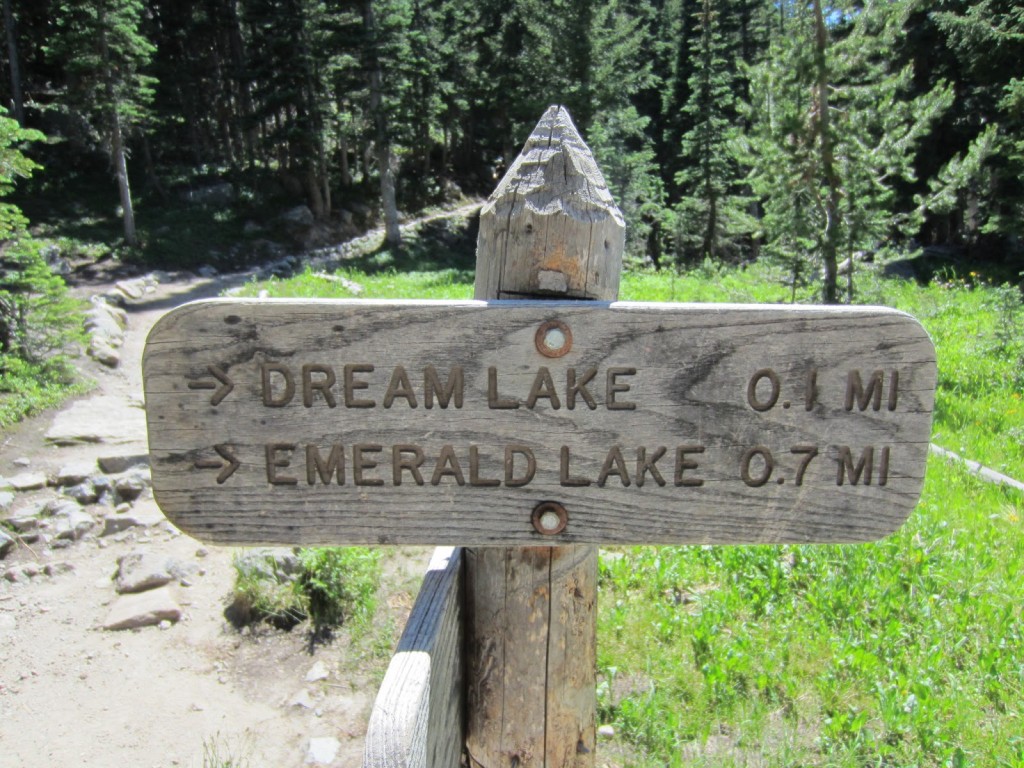 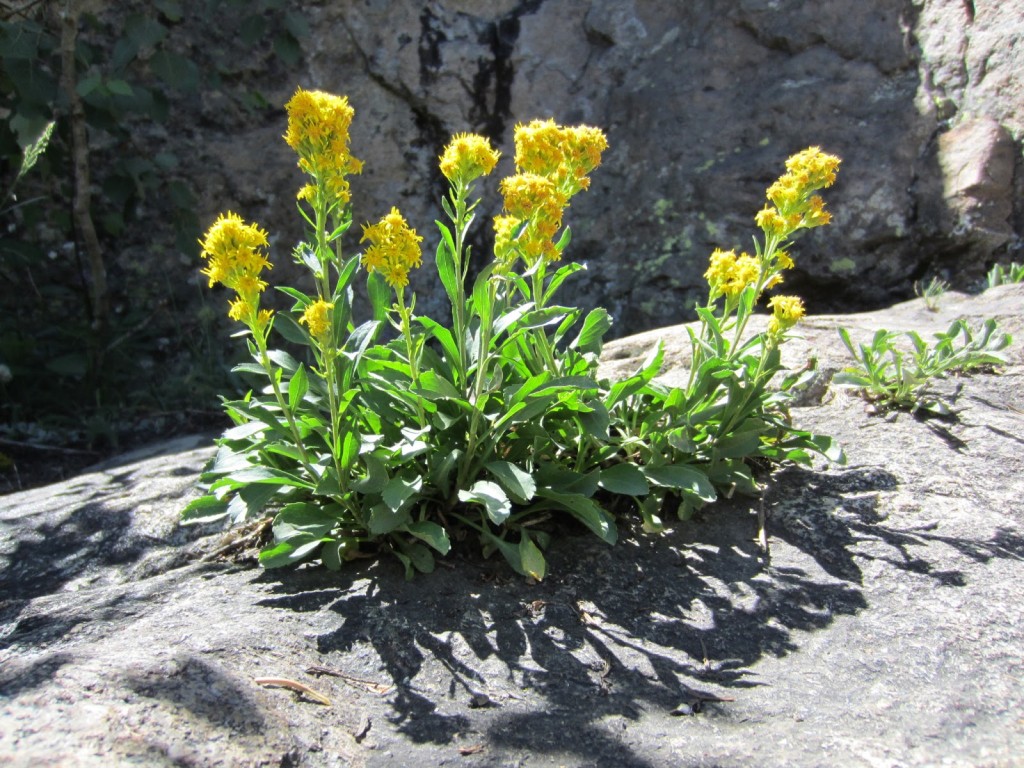 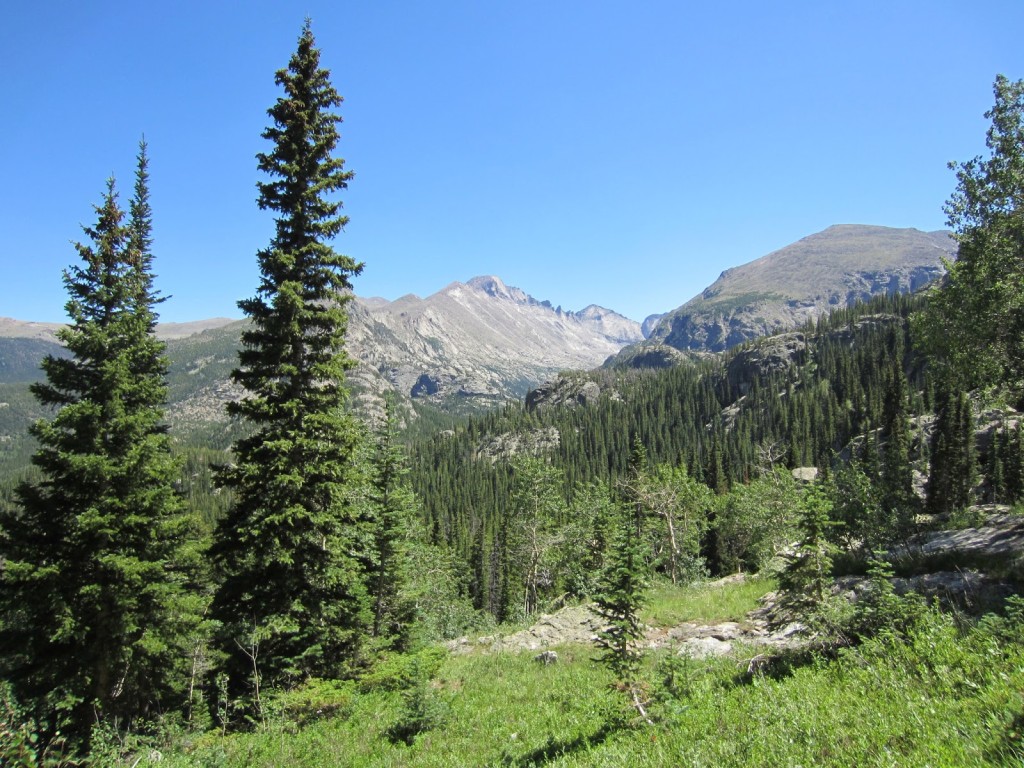 Dream Lake was lovely, so tranquil and blue.  There were trout swimming near the surface, hanging out, chipmunks scampered up right next to Ashley, and the trees framed the lake perfectly. 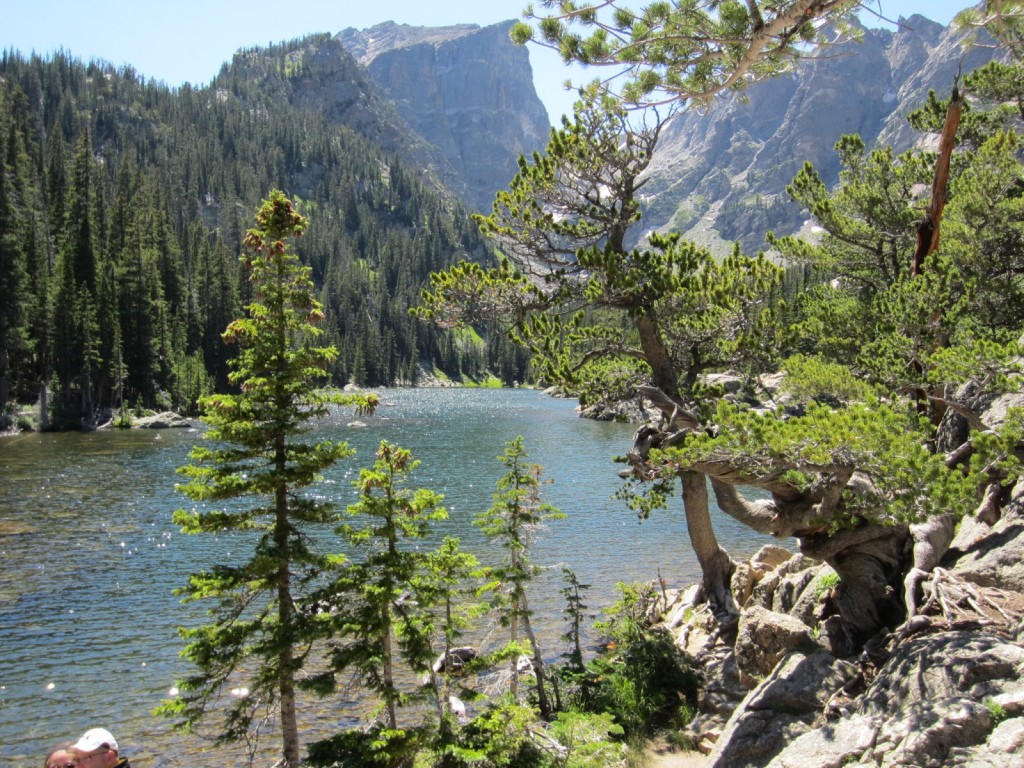 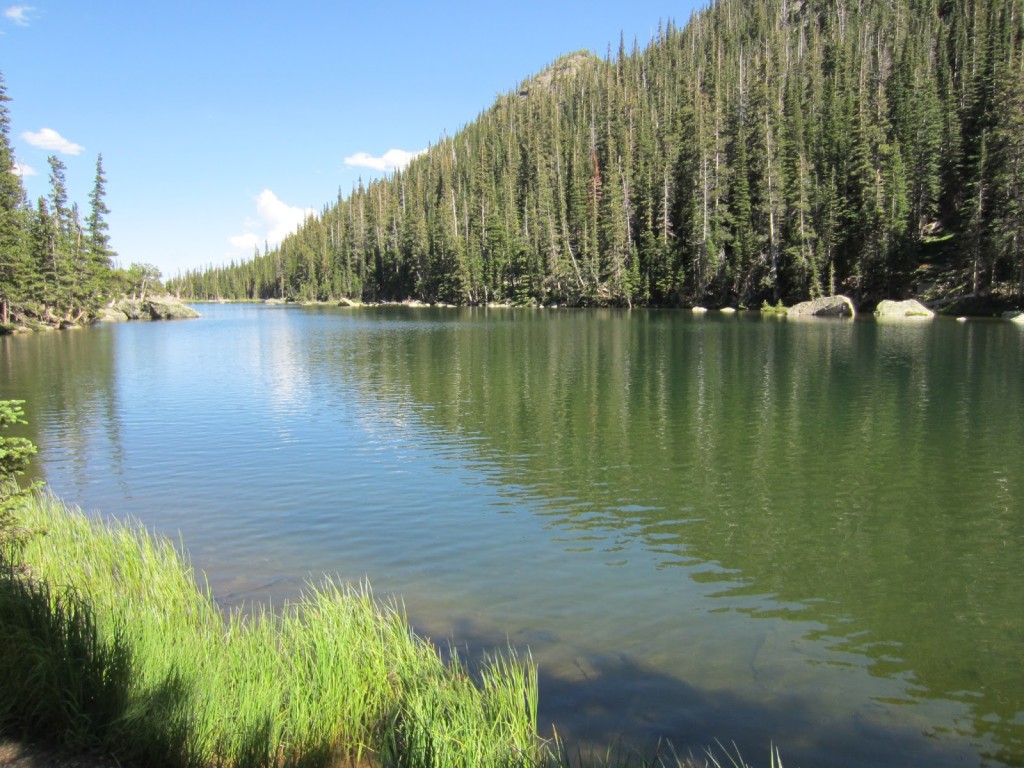 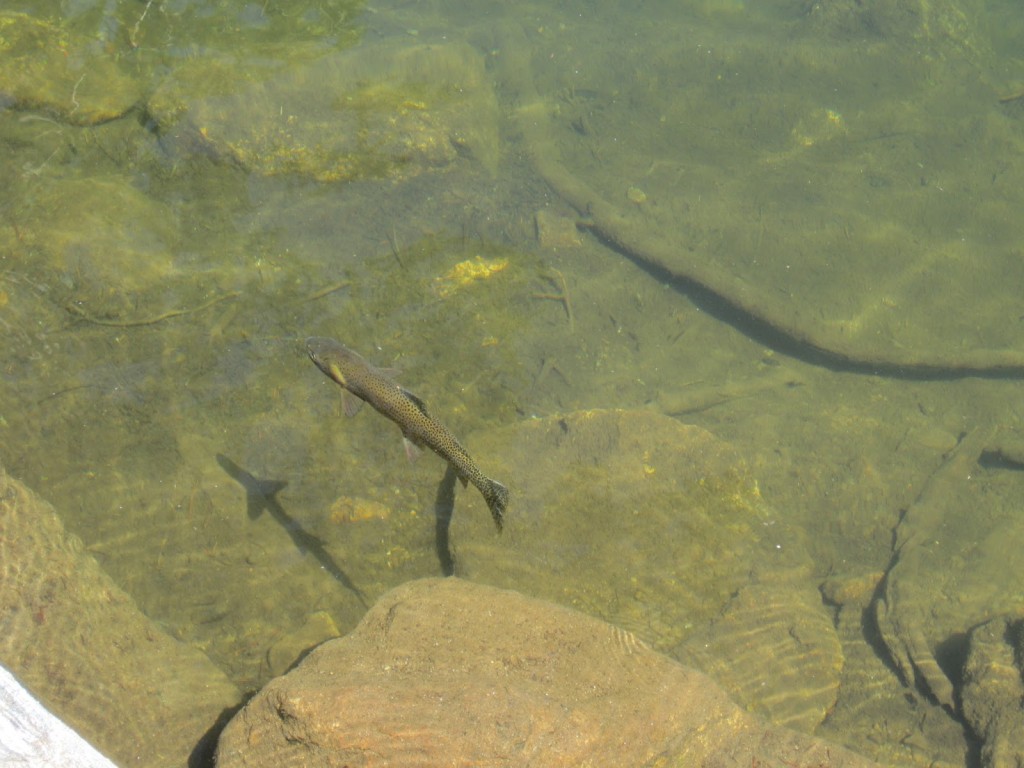 I continued onto Emerald Lake by myself and the incline was ridiculous.  I had to stop a few times just to catch my breath, but the view kept getting better and better.  Emerald Lake was pretty deep and the trail basically dead-ended at the lake so there was no walking along the edge. 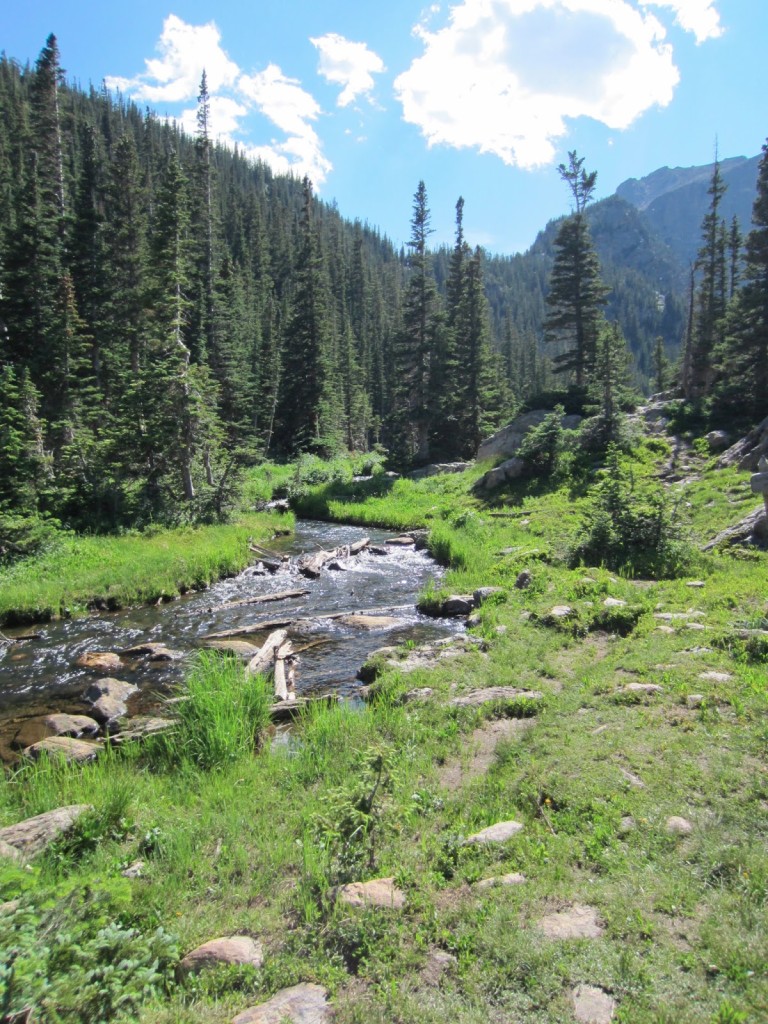 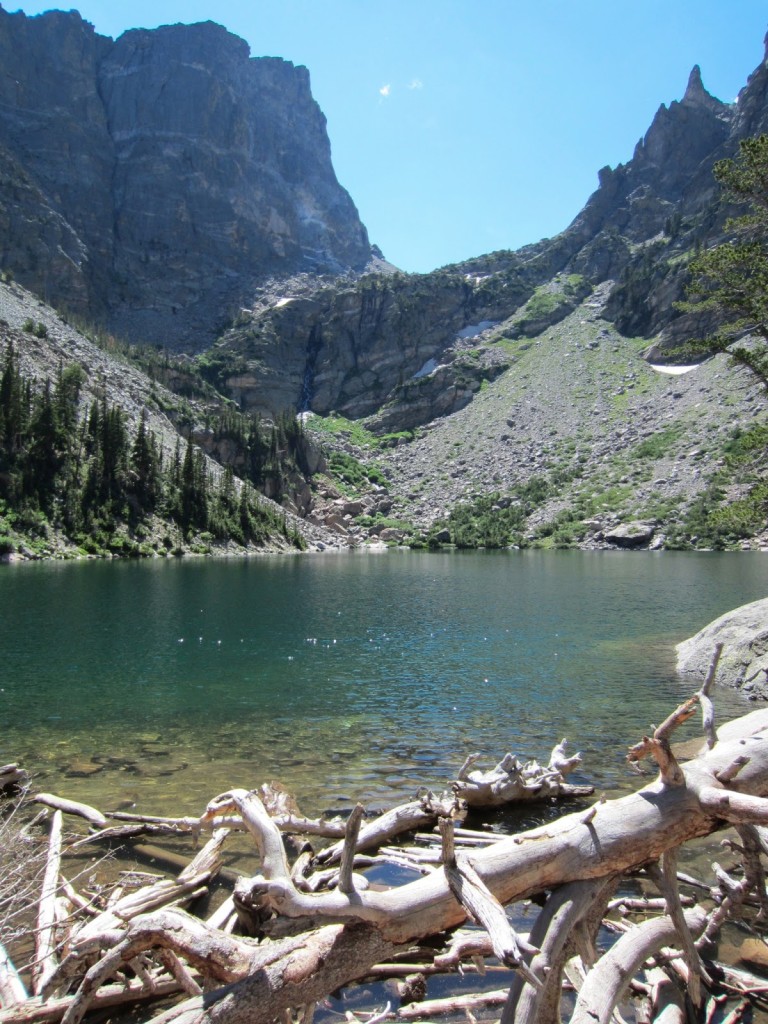 Across the lake was a giant waterfall that sounded like it was crashing to earth.  It looked so small from where I stood, but there was no mistaking its actual size based on the sound. 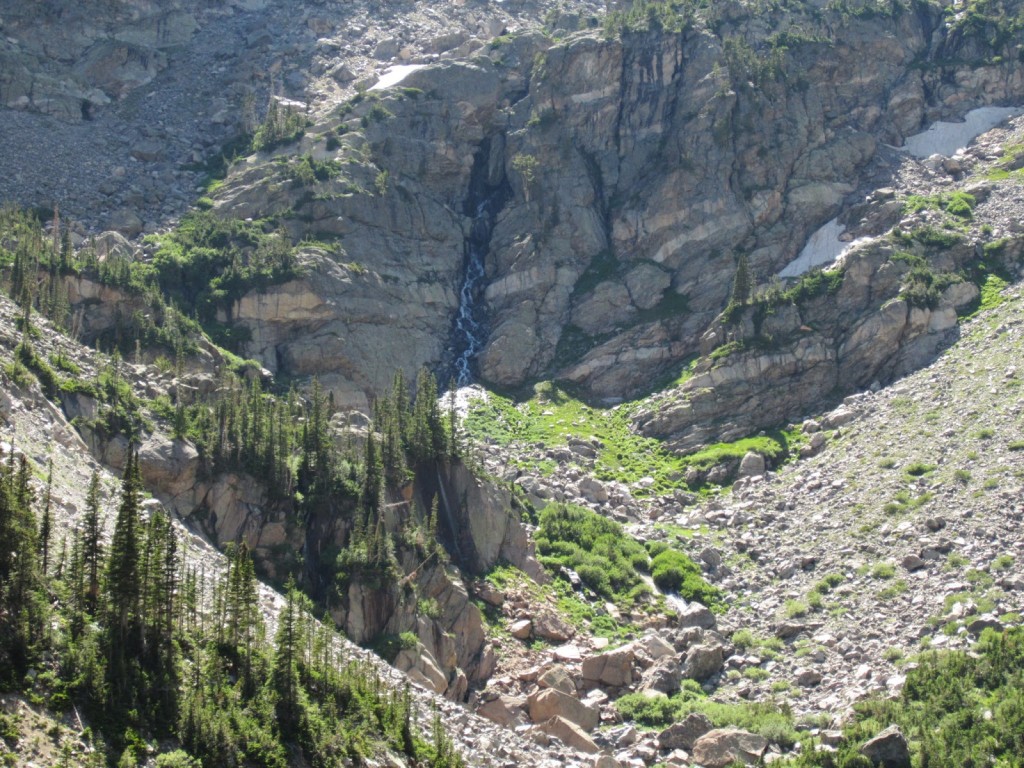 My legs didn’t give out and I didn’t die, so I had some soccer dad take a pic. 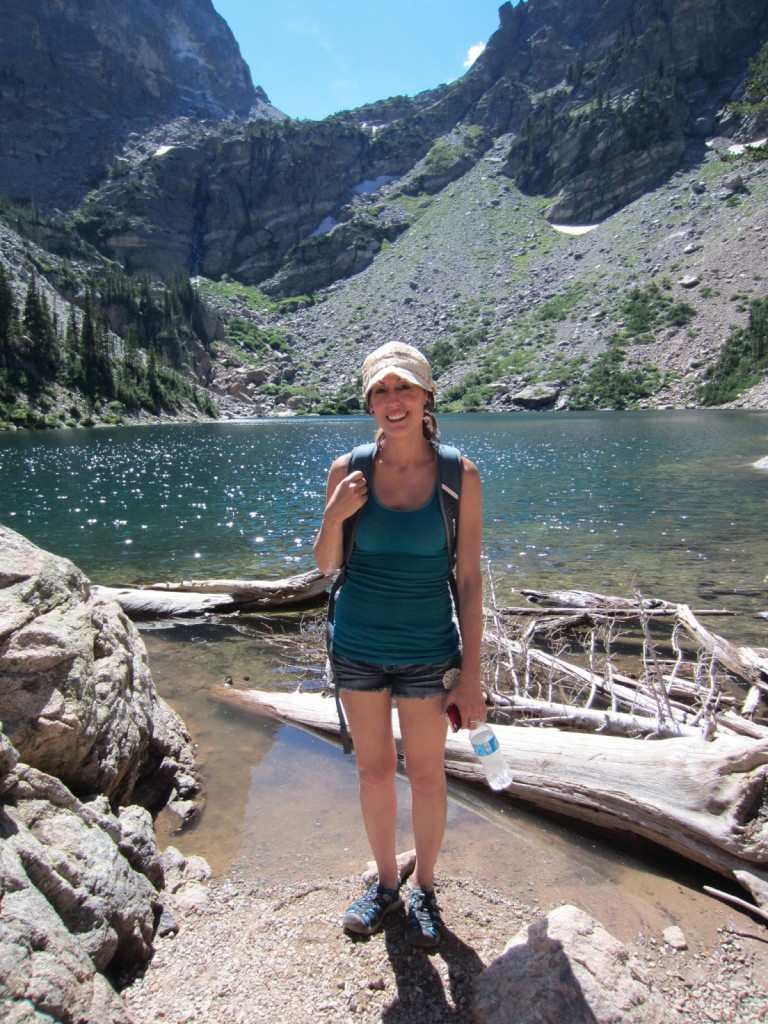 A marmot!!!!!  I was so excited to see this little guy!  He looks like the mountain version of a groundhog.  He ambled around for a bit and then scurried off. 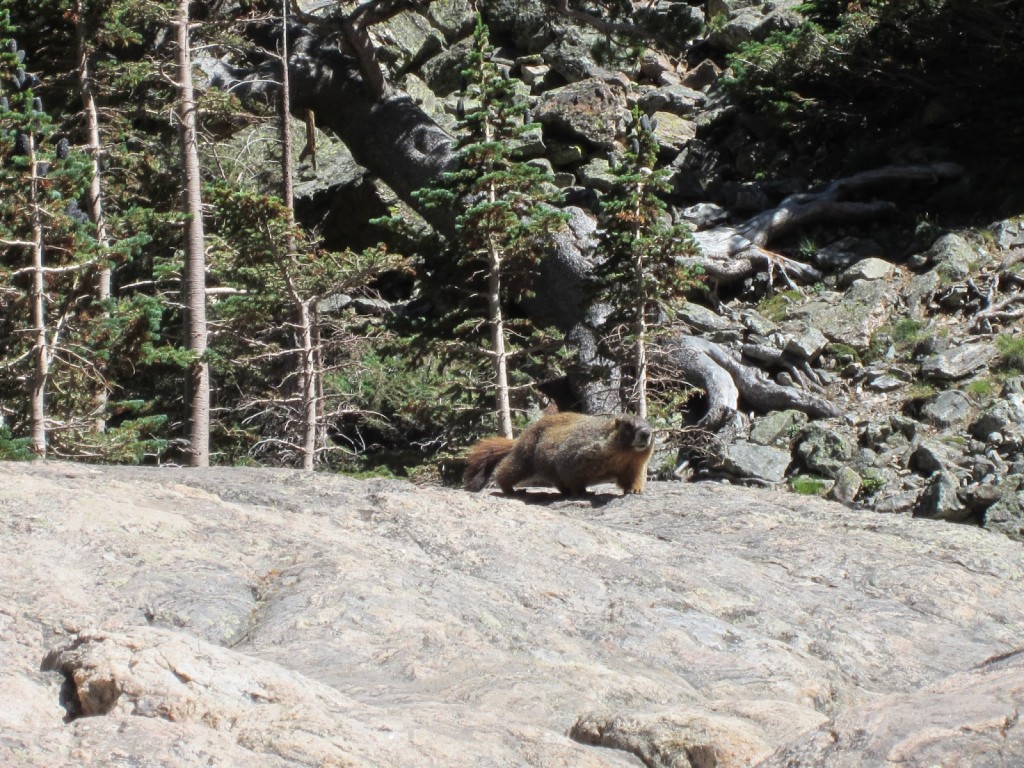 As we headed back down we realized why everyone heading down earlier had looked so refreshed.  It was a total piece of cake!  We took some longing last gazes at our favorite spot and headed into town for dinner.  Tomorrow we head up Trail Ridge Road for more crazy alpine adventures!! 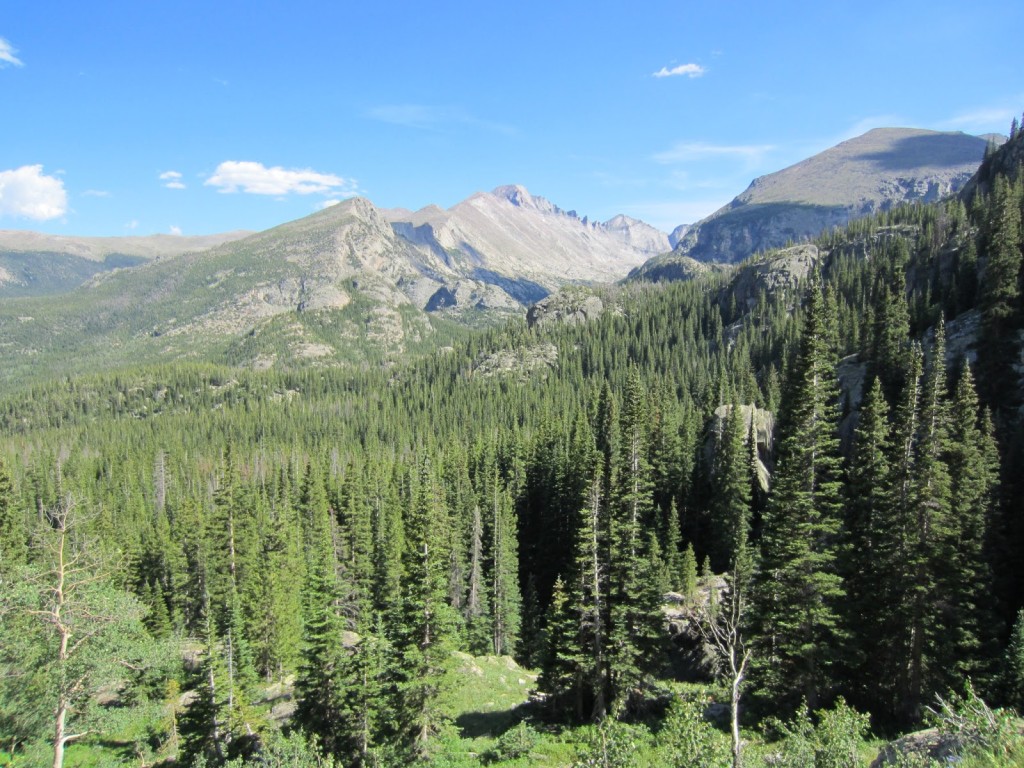