Yesterday, Ashley and I took the Trail Ridge Road up the Rocky Mountains, and if we were astounded hiking the lake trails, it barely scratched the surface of what we felt yesterday being surrounded by the majesty of these mountains.  I’ve never seen anything like this.  We were on a bus trip through a Alps several years ago, and that was massively impressive, but my goodness, the Rockies are just as awe-inspiring.

We spent a lot of time in the tundra, which was surprisingly teeming with life.  I’ve always thought of the tundra as a barren desert-like expanse of land covered in rock and snow, which most of the year it is, but what we saw was a vast green landscape overrun haphazardly with wildflowers.  Here is some of what we saw.

At the first overlook we were able to see the Alluvial Fan where we’d hiked yesterday.  The higher perspective showed where the flood happened, something we weren’t able to see on the ground. 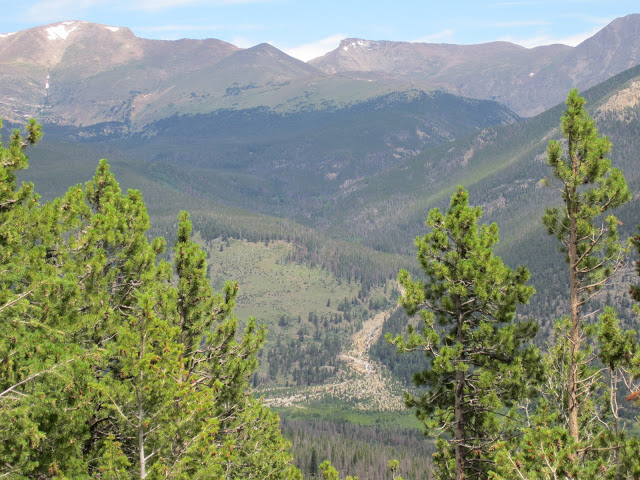 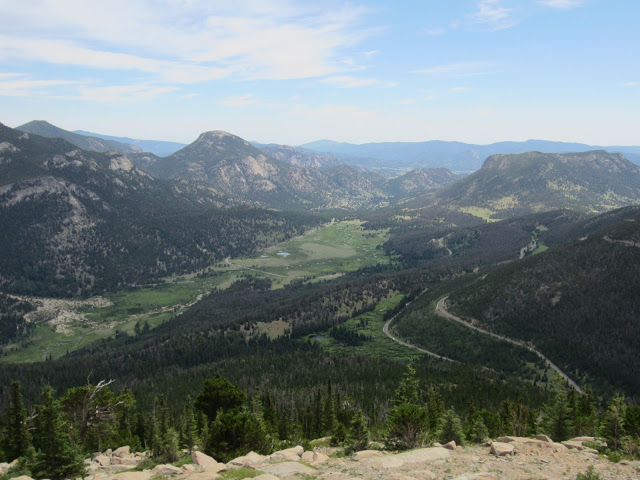 A pika!!!!  The cutest creature ever!  Kind of a cross between a bunny and a hamster and so utterly adorable.  They run over the rocks collecting greens for winter “haystacks.”  Can you spot the pika in this pic? 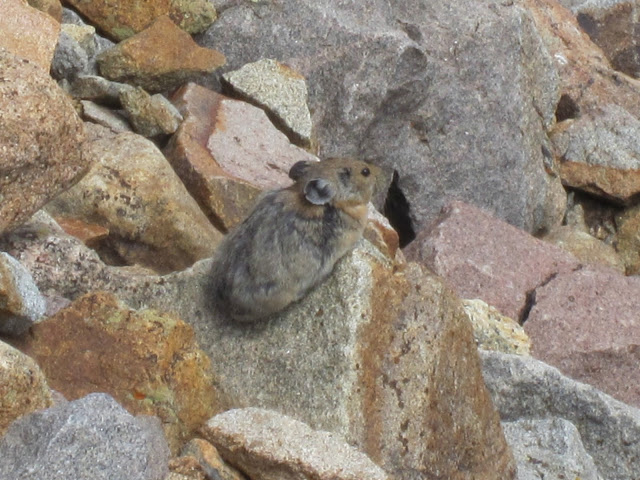 As we headed up to the tundra the views were so dynamic.  I’m going to do a separate blog with the wildflowers we saw. 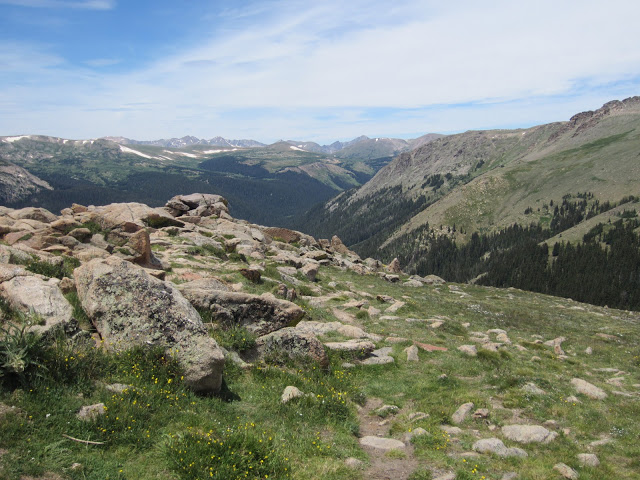 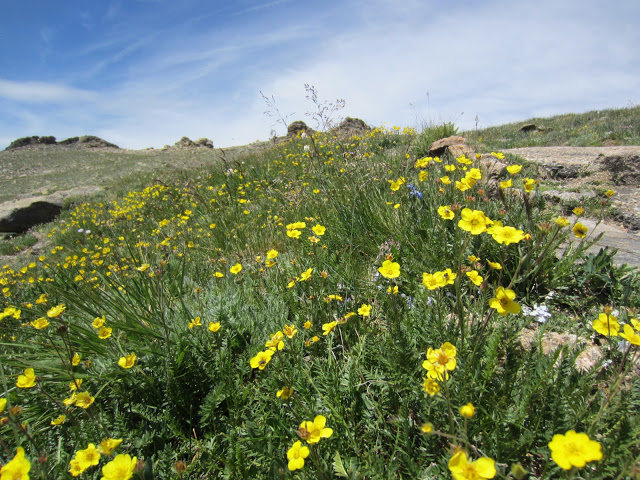 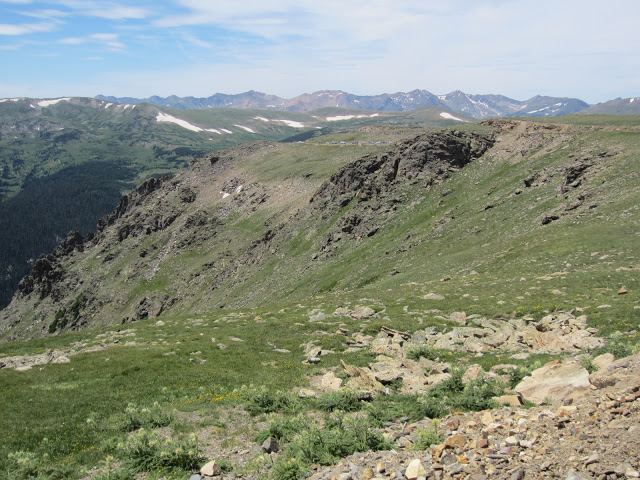 Another marmot!!!  These little guys actually are relatives of the groundhog and seem to hang out more at the higher altitudes so they were running across the trails.  This guy was tanning and posing for pictures. 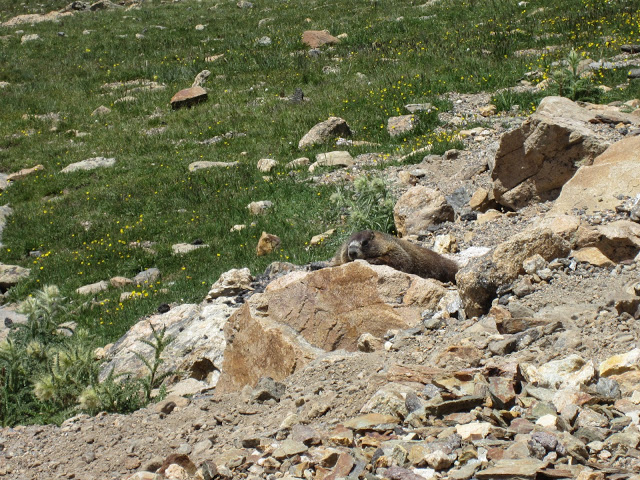 Nothing makes a rodent look more majestic than an awesome backdrop. 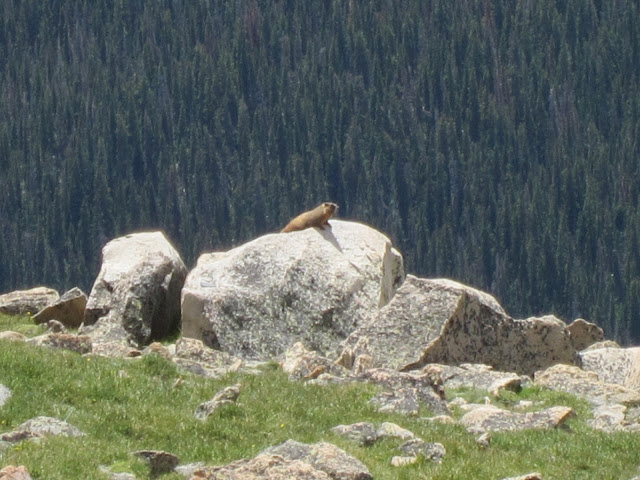 We took a hike up the Tundra Communities Trail and saw birds, flowers, and incredible panoramic views of the Trail Ridge Road.  We could even see the Alpine Visitors Center from here.  The trail is dotted with plaques that reminded us how fragile the ecosystem is here.  We read one plaque that said it takes a tree up to one hundred years in this climate to add an inch to its diameter.  100 years!  The thing that was troubling to me was the callous attitude some people seemed to have toward the nature in this area, letting their kids run into the tundra grasses or on the dangerous snow piles, smoking and tossing cigarettes, throwing candy at the animals.  It blew my mind.  You imbeciles!  You’re in a protected area that has been sheltered so these creatures and this environment isn’t trampled.  I don’t care if there are millions of acres and it seems like a giant trash bin, everything we do affects it in some way. 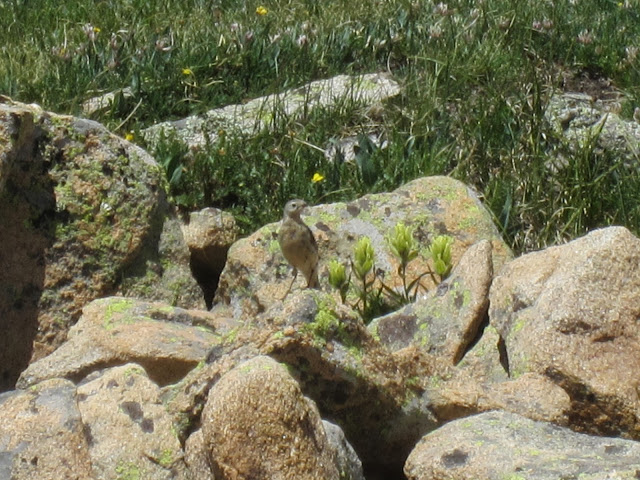 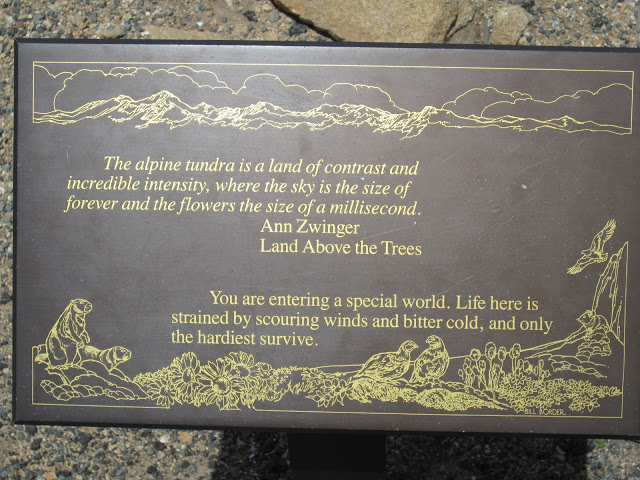 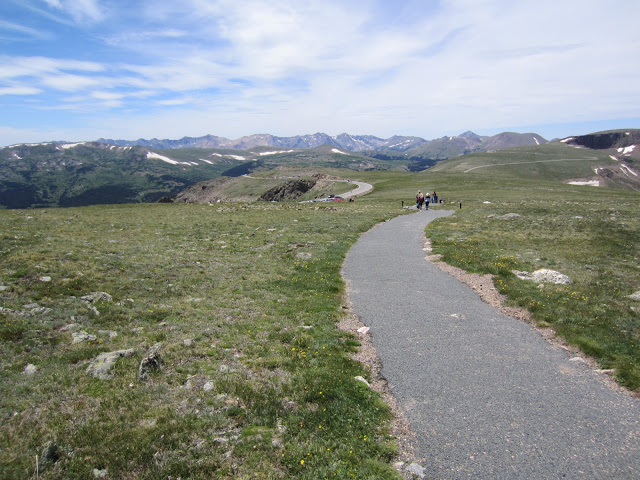 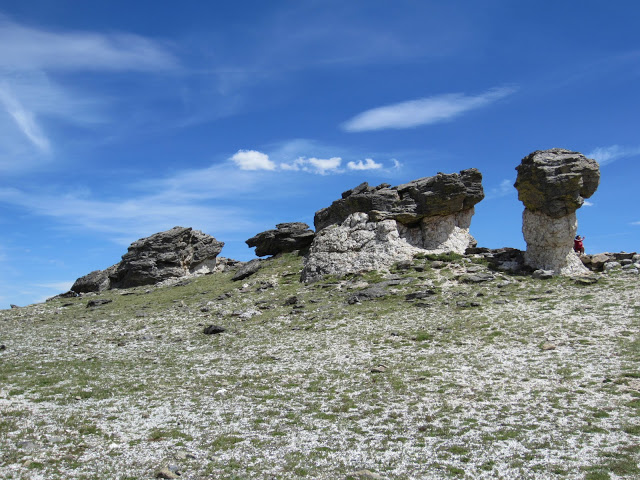 We headed up to the Alpine Visitors Center and on the way we saw some bighorn sheep and some elk. 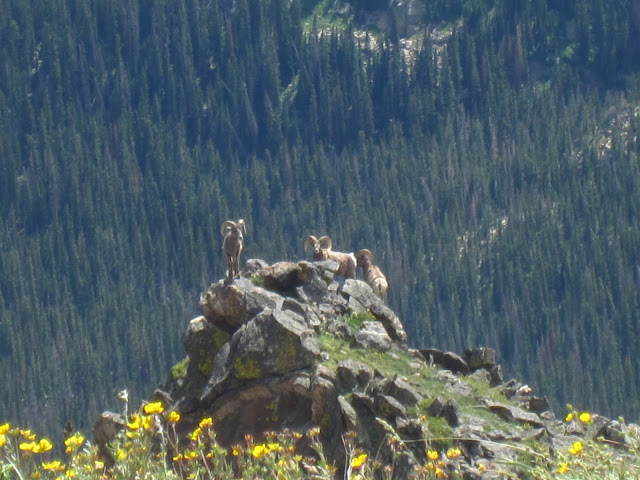 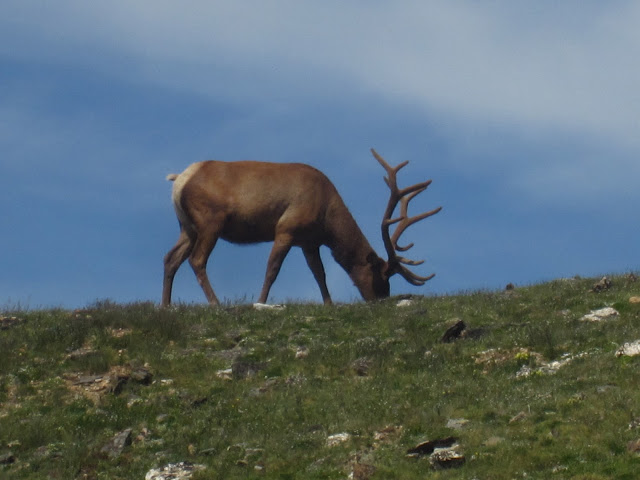 At the visitors center I took the Alpine Ridge Trail which nearly made me have a heart attack.  The view at the top was stunning in every way.  360 degrees of mountains! 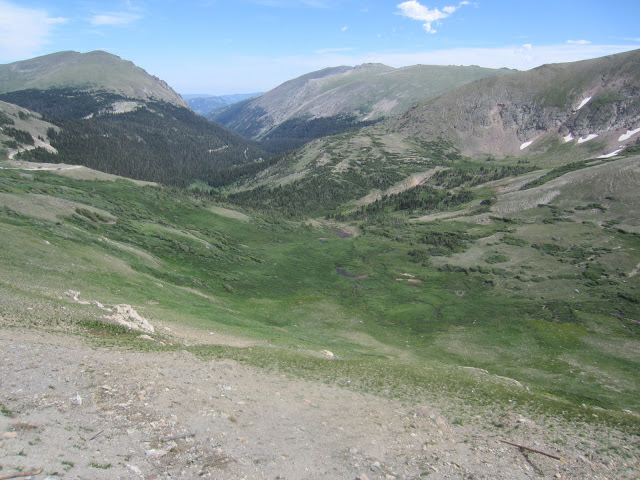 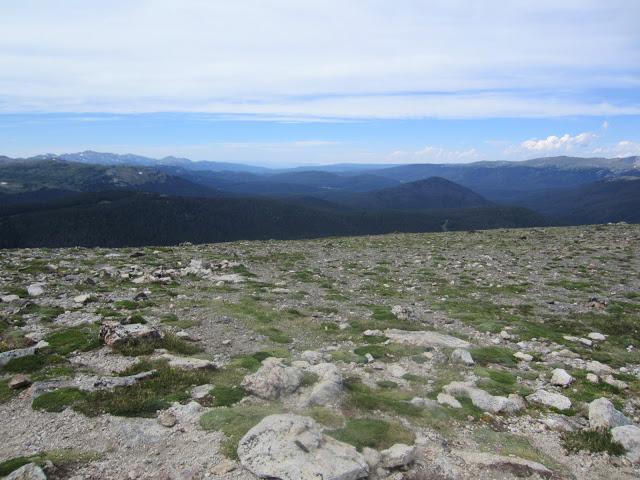 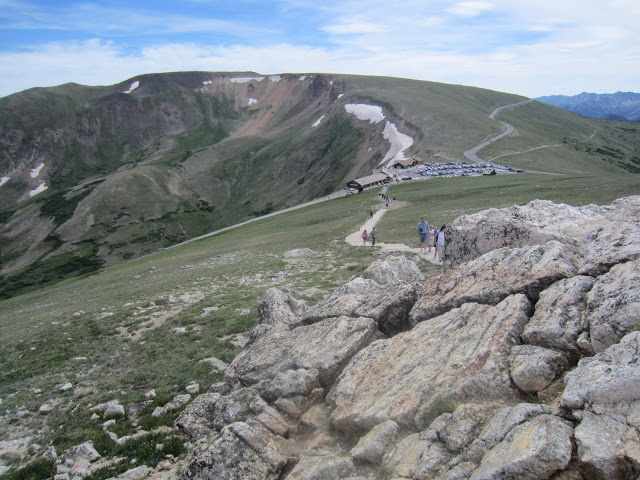 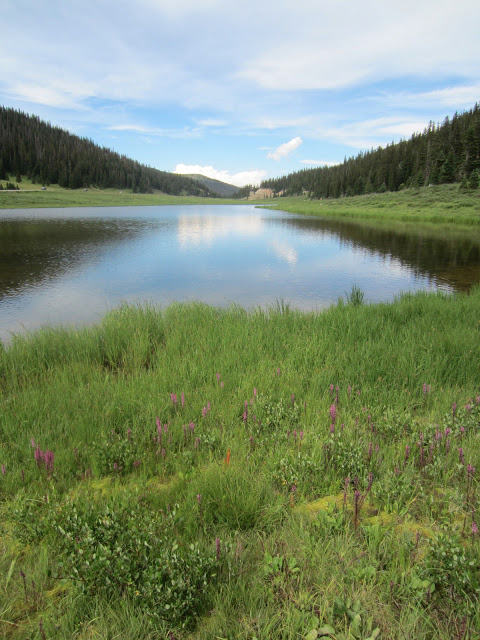 As we headed back, evening started to fall and the creatures emerged.  We passed 6 elk in a field, just hanging out, letting people take pictures, chewing on some grass…no big deal. 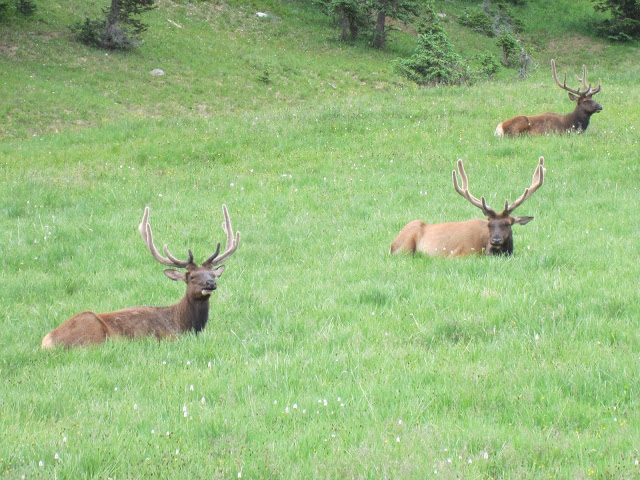 We passed the bighorn sheep again and this time we stopped the car and trekked the road to go see them.  A ranger was talking about the sheep saying they only come out two or three times per month and that at this point the males were sparring, trying to hook up with some hot female sheep from up the mountain.  I couldn’t help but be in awe while watching them.  They are the quintessential picture of life surviving in adversity.  Everything in this environment is a miracle, the plants that grow, the little marmots and pikas scurrying, the birds, the bugs flying around, and these sheep and elk who traverse these rocky hills…all of them speak to a way of life that struggles to survive under harsh circumstances, making them all the more beautiful. 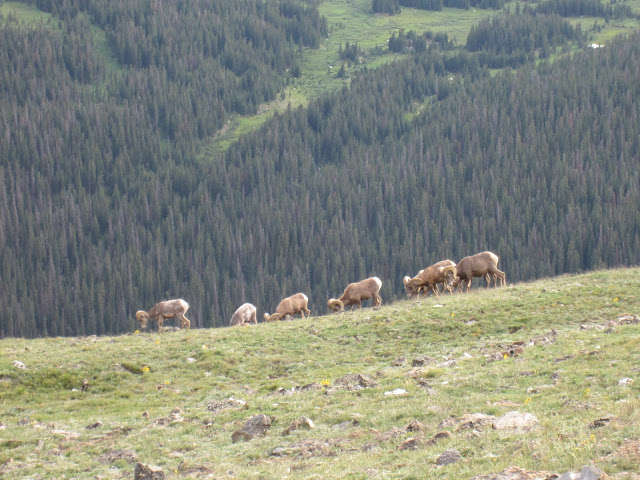 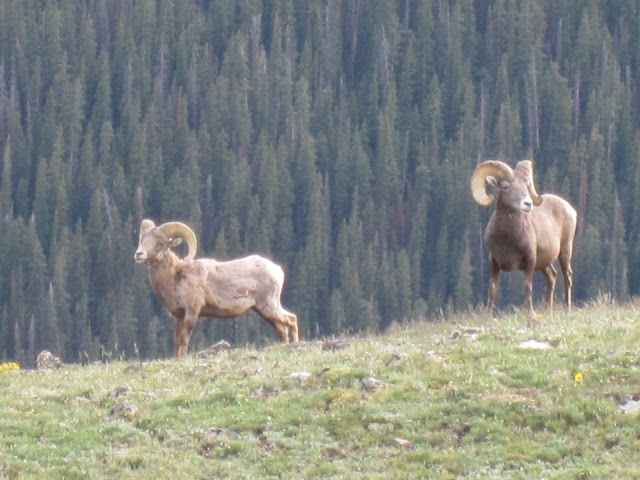 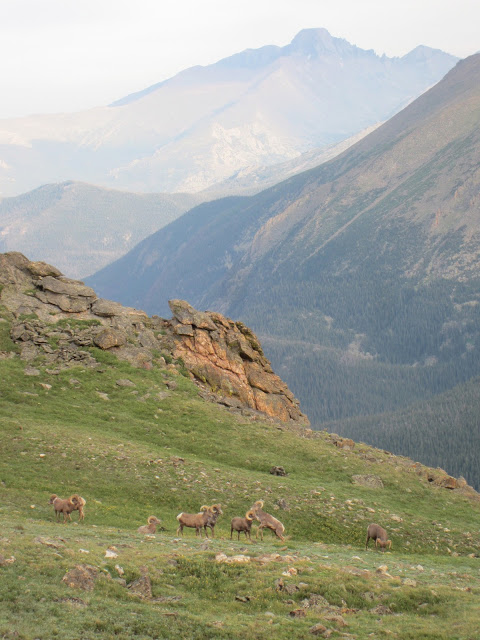 As we headed down the mountain, the light shifted and the shadows changed.  We said little to each other as we tried to take in everything we saw.  I must return here someday. 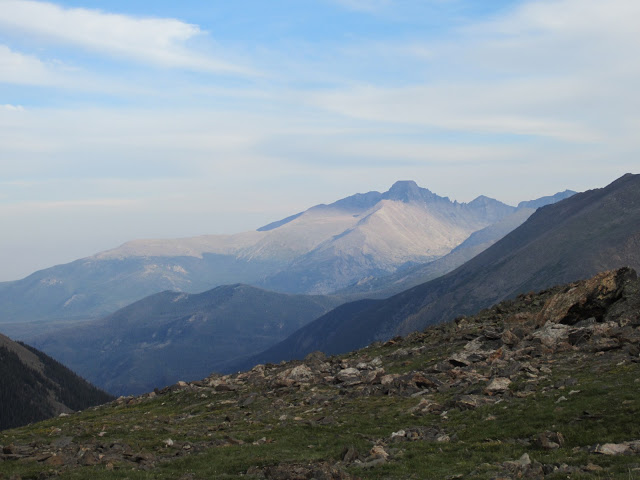