Burnout is a real thing.  After two weeks of doing something every single night, double booking the calendar, squeezing things in right after work or in the early morning just so I could keep up with friends, I wearily said goodbye to the kitties and left for Los Angeles to sit in meetings for two days straight.  On the plane I mentally checked off the things I need to do when I get back to the house: put up Christmas lights, buy a Christmas tree, cancel an evening doctor appointment so I can have one night at home before heading to St. Louis to visit another friend.  On Friday night I sat in my bed, hair dripping onto a notepad where I frantically scribbled notes for a short presentation the next day.  On Saturday night after spending time with work friends, I hurriedly threw wrinkled clothes into my luggage so I could jump into bed and indulge in one tissue worth of exhausted tears before heading to the airport at 6 am the next morning.  As an introvert whose time alone is highly valued and necessary, I had reached the peak of mental exhaustion.  It was time to go home.

In all my years of flying to and from Long Island, I have never flown into LaGuardia Aiport.  Crazy, right?  First thing I noticed was Lady Liberty in the harbor, holding her torch like a champ in the icy wind that tossed the plane around.  Then all of a sudden, there it was, the World Trade Center tower, the glittering lights of New York sparkling under the moon like a diamond under a lamp.  God, I love this place.  The airport was a frantic mess and I kind of never want to fly into anywhere but Islip again, but I am relieved to be here.

Today, the day was mine.  I dropped mom off at work and headed out east.  All I did was drive.  No music, no radio, no singing, talking, nothing…just sunshine and pretty seashore.  All the new green of the marshes has turned a golden brown and the deer blend in with their winter coats.  The wind had an edge to it in New Suffolk, cutting through to pieces of uncovered skin.  Everything was still and peaceful.  The only people on the roads were service people, vans, trucks, locals heading to the store to grab that last can of pumpkin. 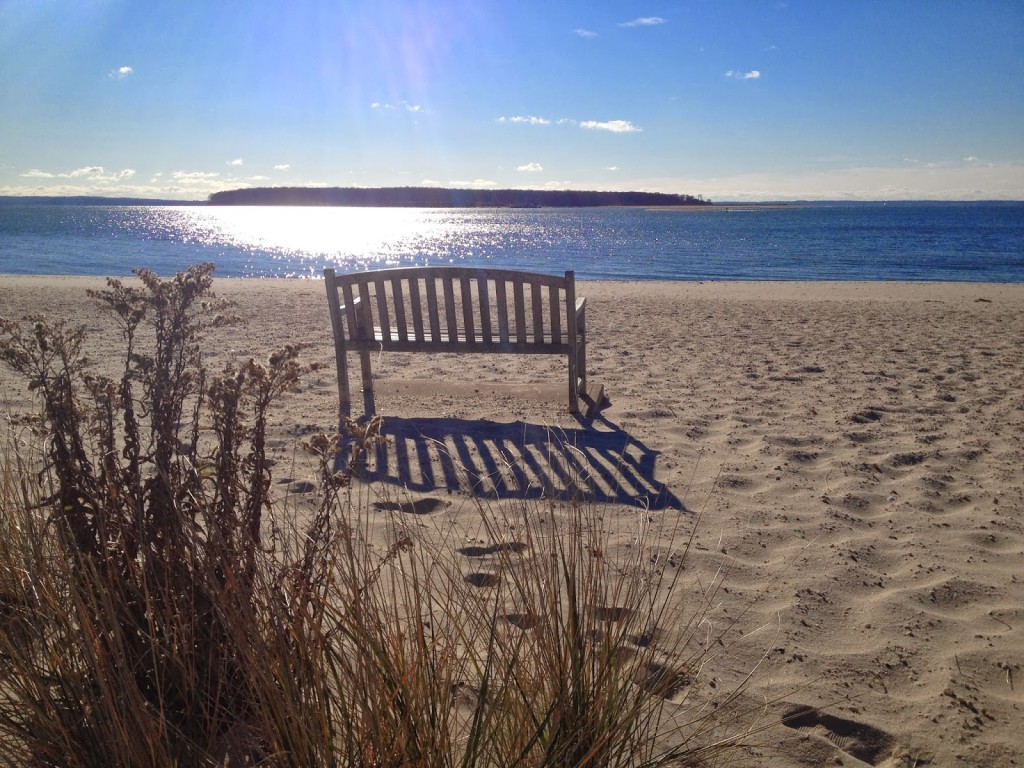 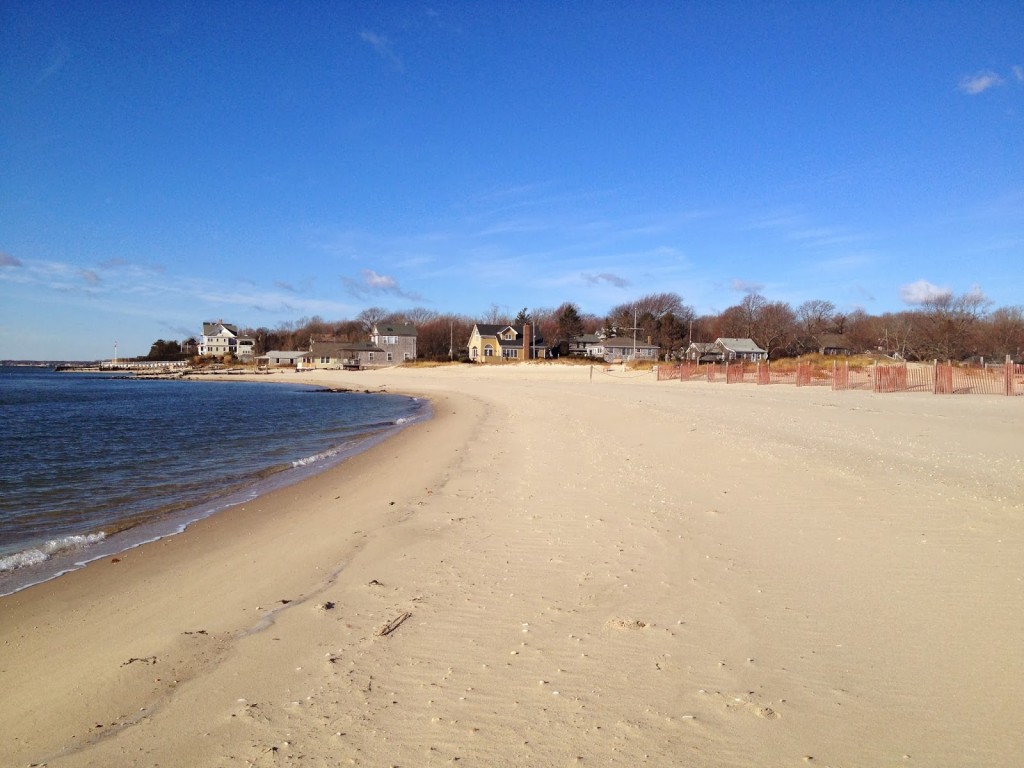 I went to the end, to Orient, and snaked through town, along Narrow River Road and spotted a pheasant running among jagged rows of spent corn.  Ice is gathering on the reeds, a foreshadowing of a chilly week to come. 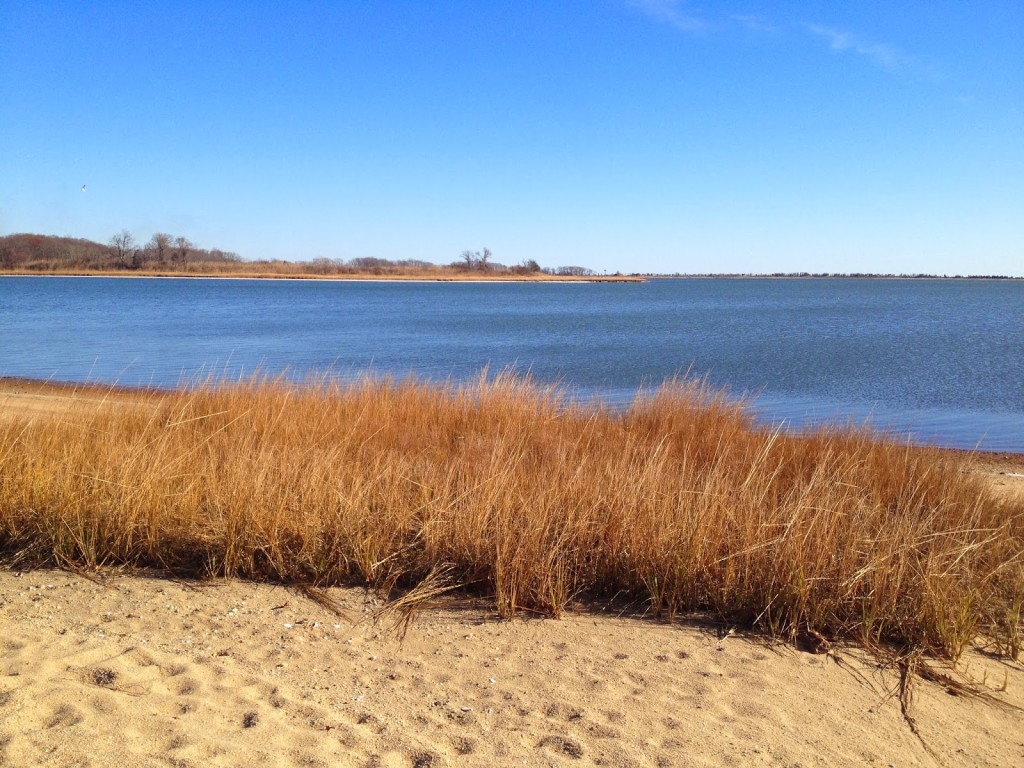 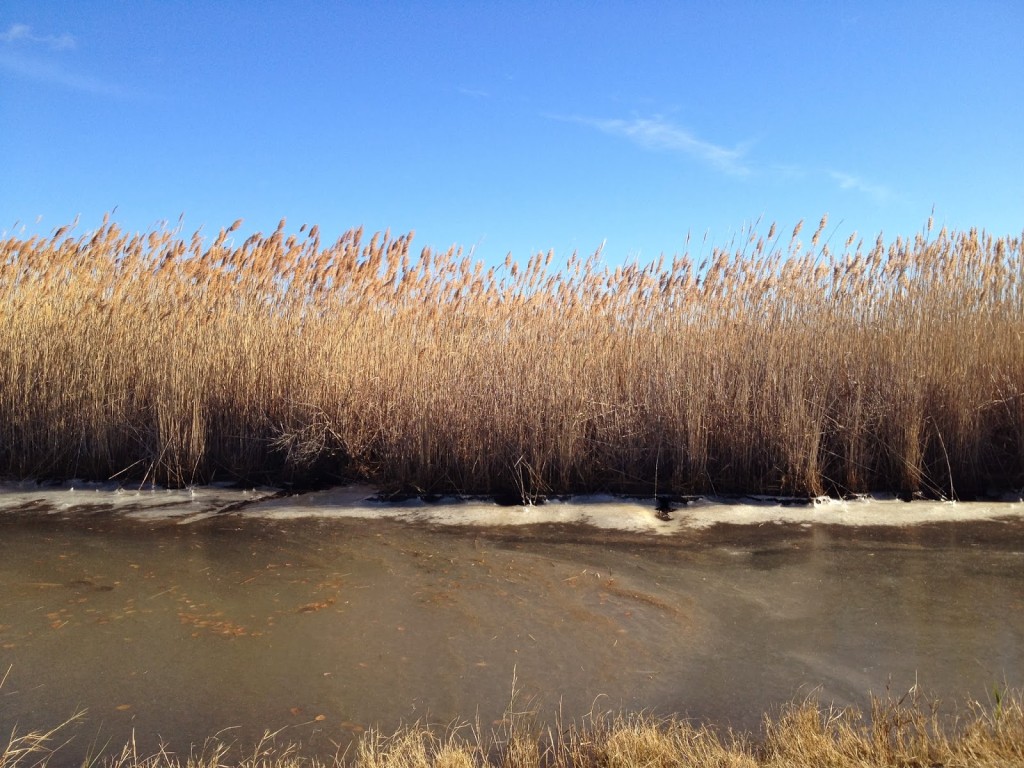 Before reaching the end of the main road I turned left onto Land’s End Lane.  Land’s end indeed.  A giant rock faces the dead end as if to signify how much of an end it is. 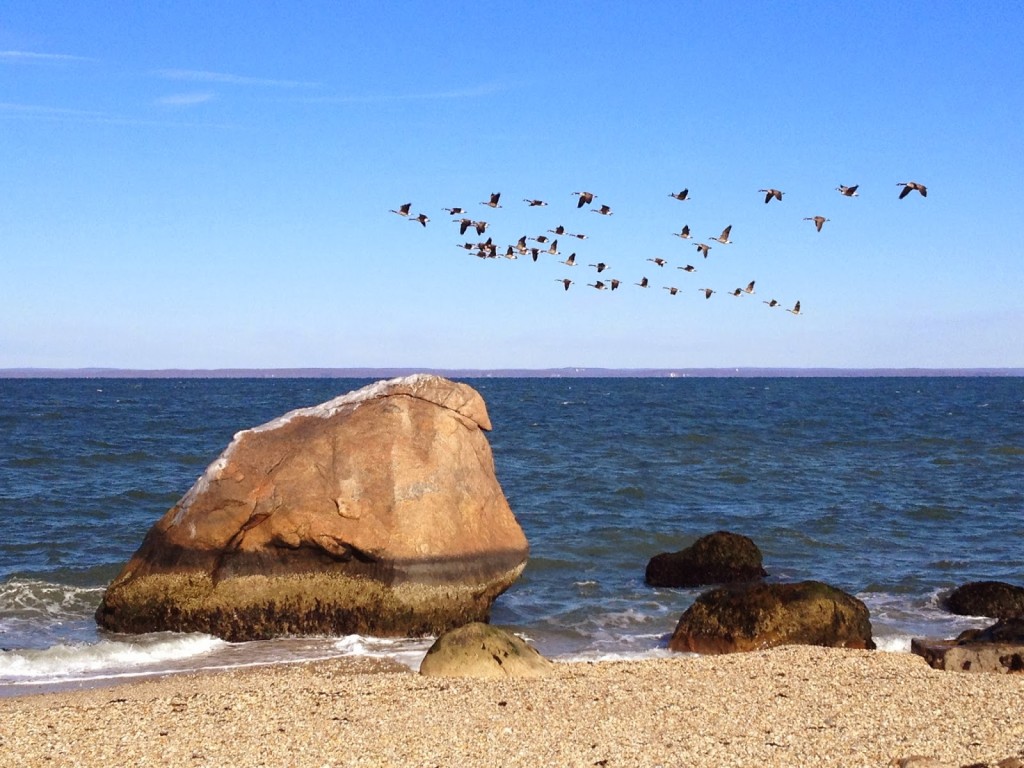 The water was so alluringly blue and with the wind blowing the waves into little caps, I decided to brave the cold and check out this new beach I’ve never walked on.  As I rounded a small bend I could see the Orient Point Lighthouse!  It’s been years since I’ve seen this lighthouse.  And just beyond there lay Plum Island and the Plum Island Lighthouse, tiny in the distance.  Crazy to think that’s where dad works and tons of scientific research takes place in this little corner of the sea. 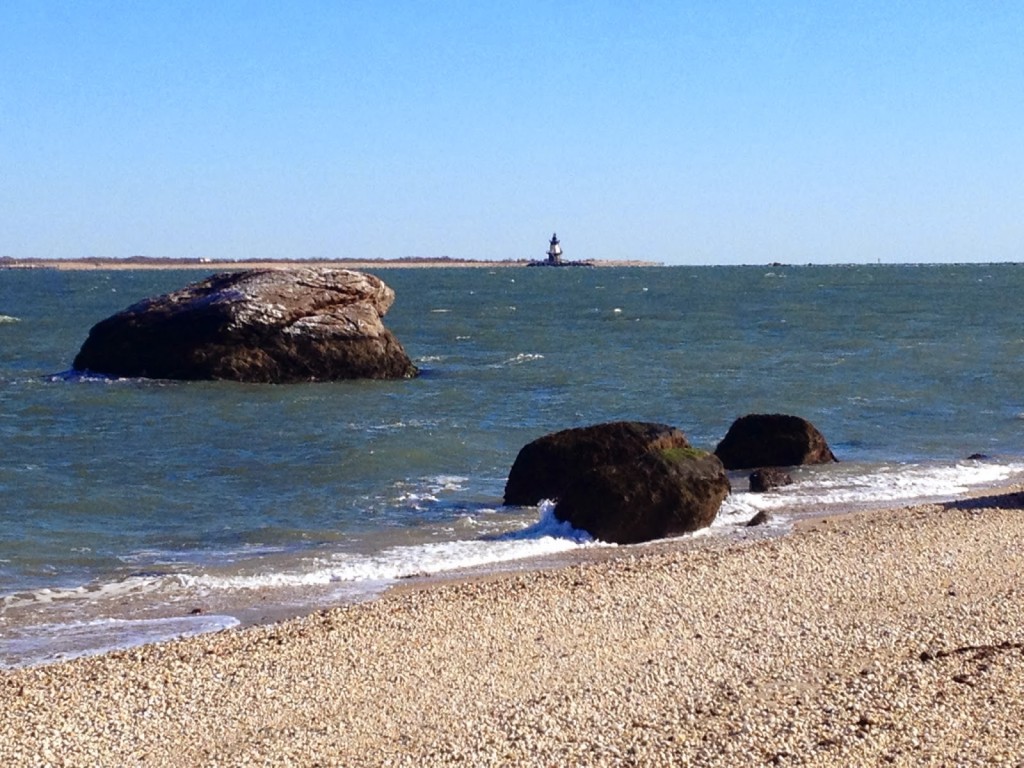 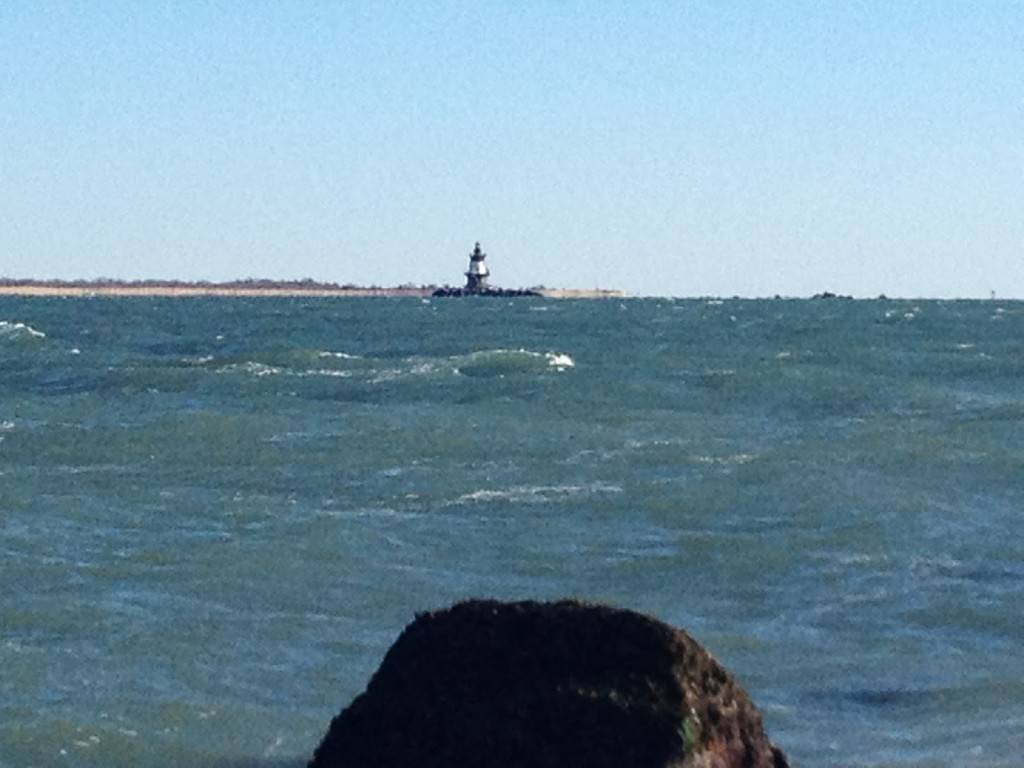 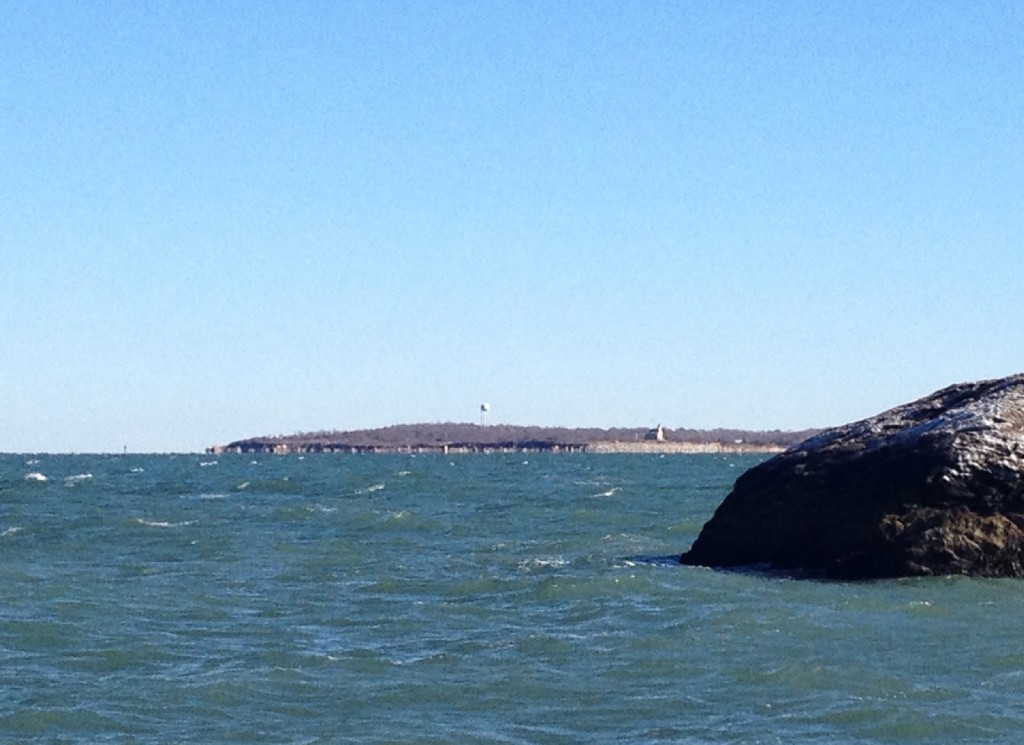 I wound around farm fields just for the heck of it, just to see the open beauty of undeveloped land, to clear the cluttered mind.  And on the way back from picking up some bread at The Blue Duck Bakery, I chased the sunset all the way to the beach where there were still some remnants of color to be had. 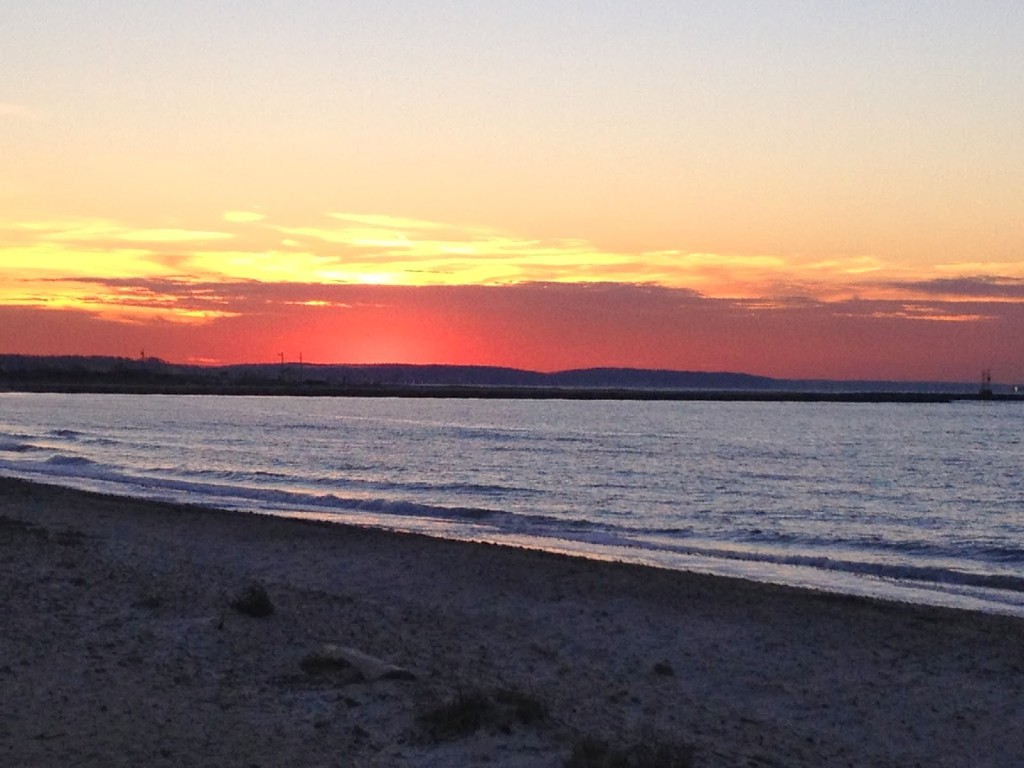 Part of me was restored today.  The water has its way of doing that.  Tomorrow brings more chill and perhaps some rain, but another day to drive in the peaceful stillness of home.