The edges of winter are softening here in Tennessee and spring is starting to show off in small ways, like early daffodils and the first blush of pink cherry trees. 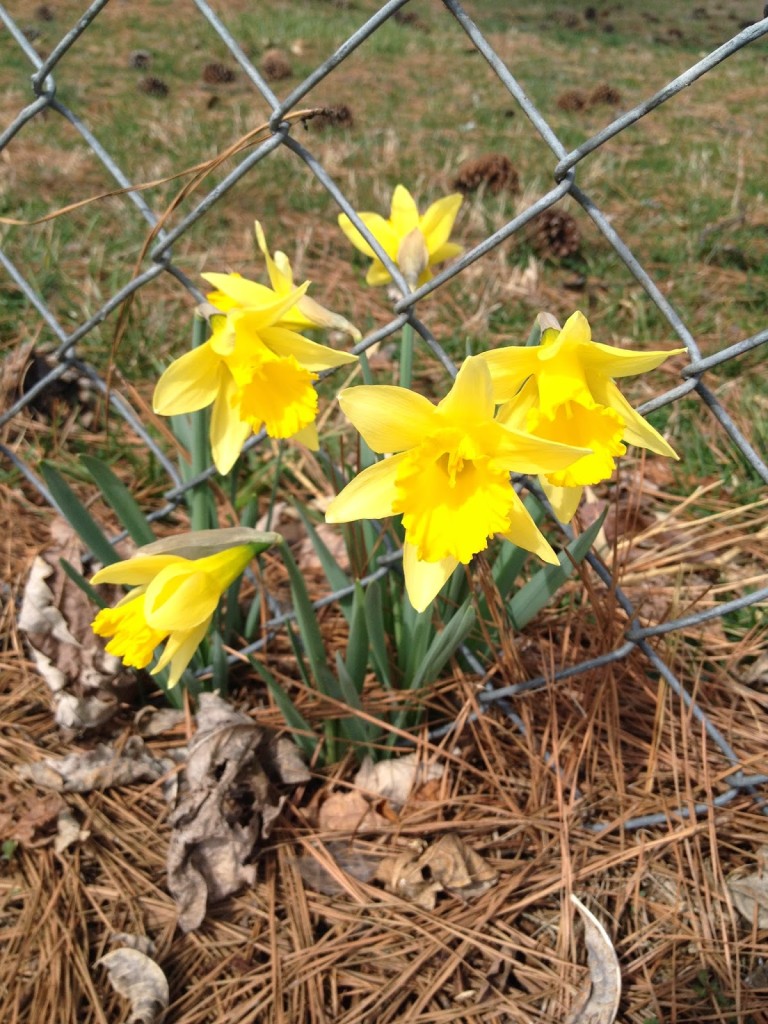 Yesterday it was 65 degrees so I started cleaning up the flower beds and pruning the purple plum trees, a task I thoroughly hate.  I have to keep the plum trees pruned because in the spring when we get prolific rain, the branches are not able to hold themselves up with the weight of wet leaves.  The trees are rather tall, but not too tall that I can’t reach most of branches when on a ladder.  But being on a ladder in the middle of a tree on tiptoe, reaching for branches in the centermost part of the tree is not my idea of a good time.  The result is that the plums look like they were given a $5 haircut at a strip mall salon.  At least they will be in bloom shortly and the embarrassment won’t last for long.

Cleaning up the flowers beds, another unenjoyable task, at least yields some reward because I get to see what the perennials have been up to under all the dead leaves.  The fall seedum is already popping up. 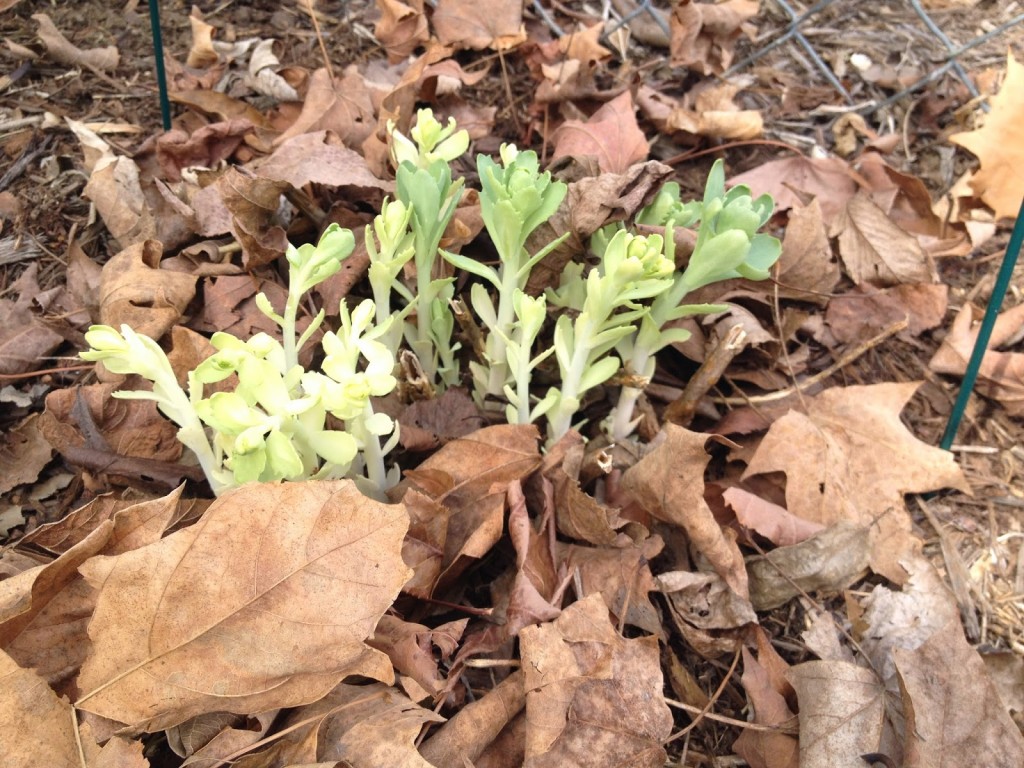 Many of the bulbs are getting ready to put on a show. 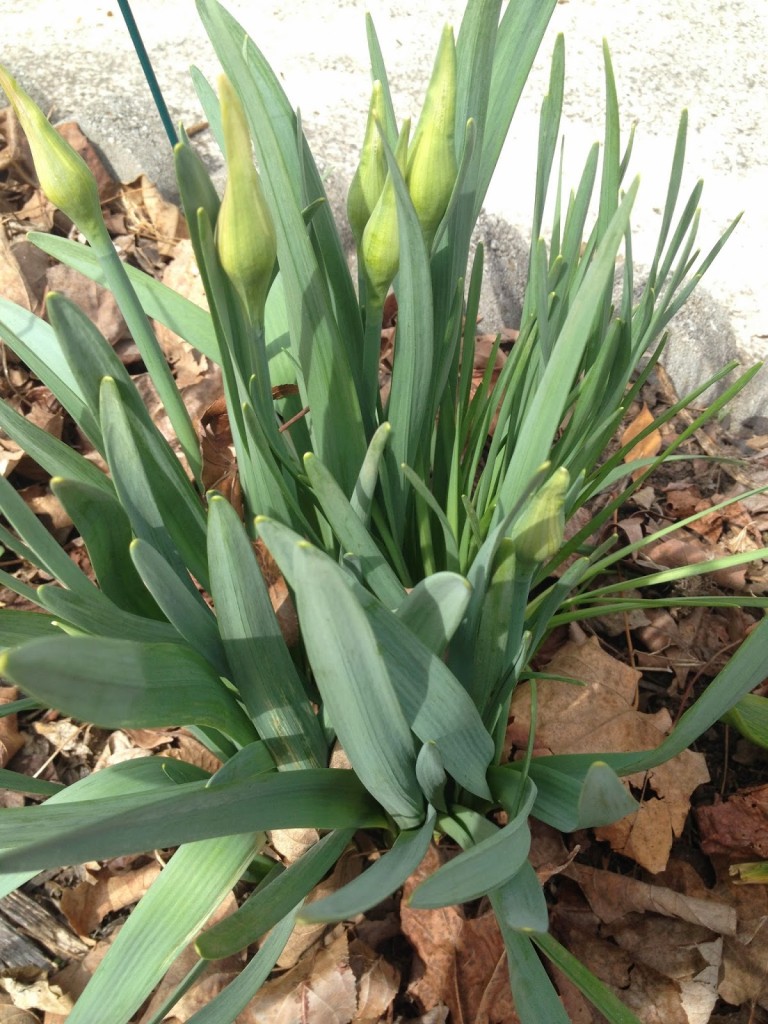 Black tulips purchased on Long Island.  Outsmarted the squirrels by covering the freshly planted bulbs with dead leaves.  It worked! 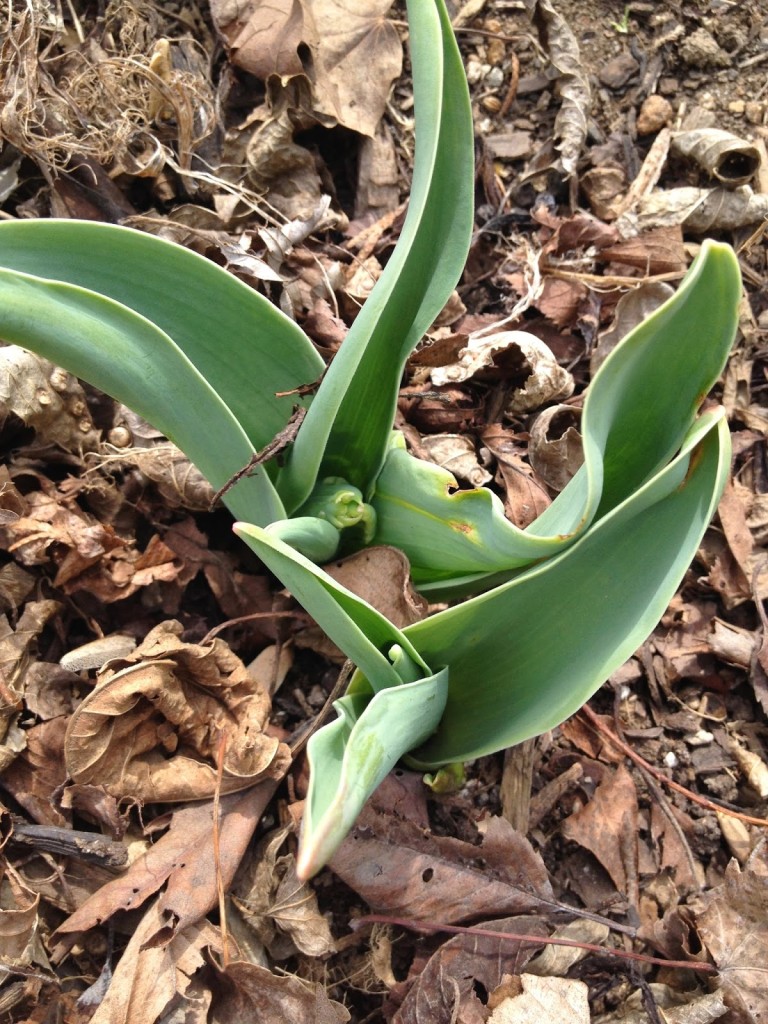 The allium I planted last year have nearly doubled in size. 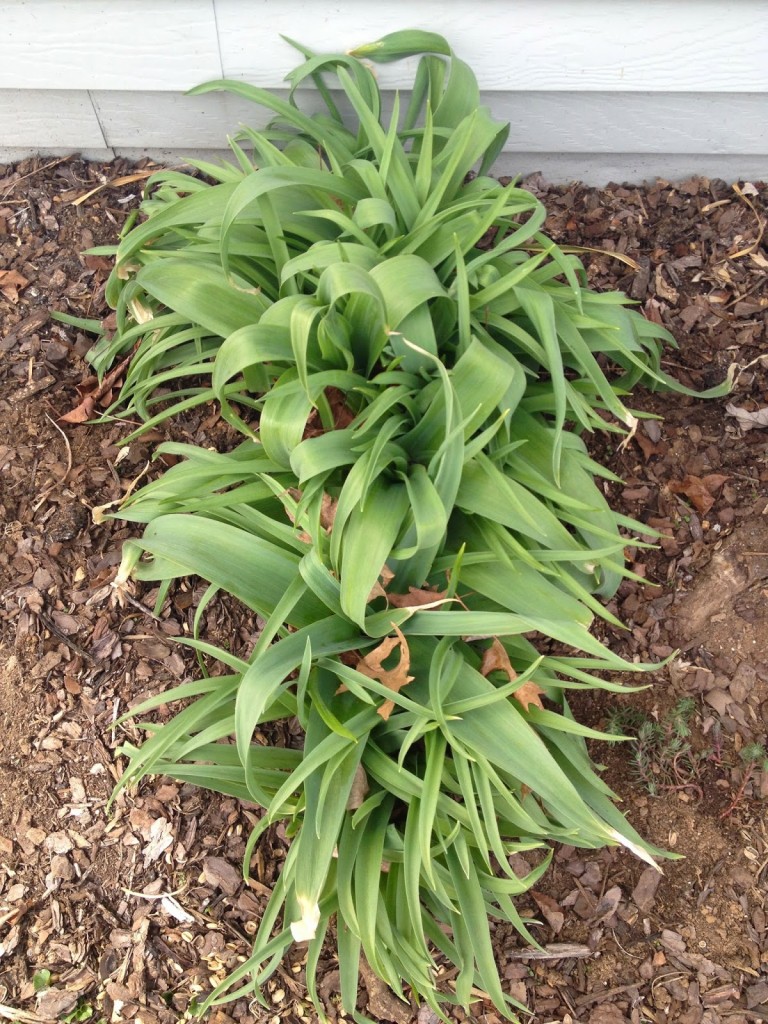 Dianthus which remained in lovely evergreen mounds that are full of buds already! 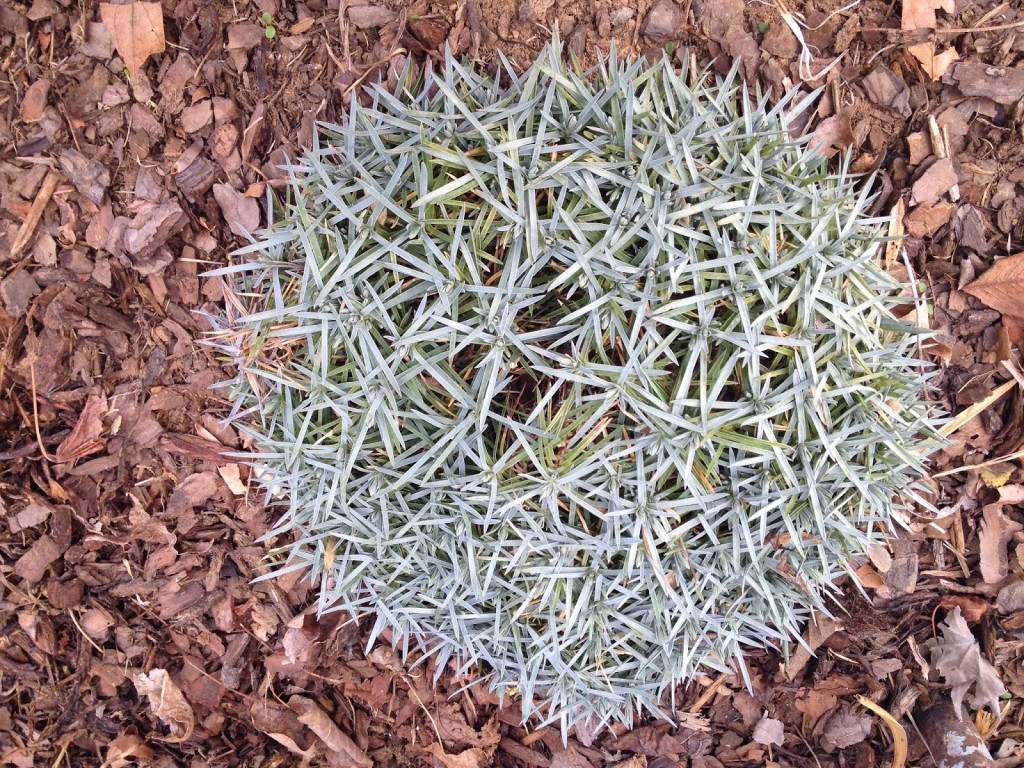 And then we get to the good stuff…the vegetable garden!  Last weekend, Rob and I got bags of manure and compost, along with some lime, and re-tilled the plot. 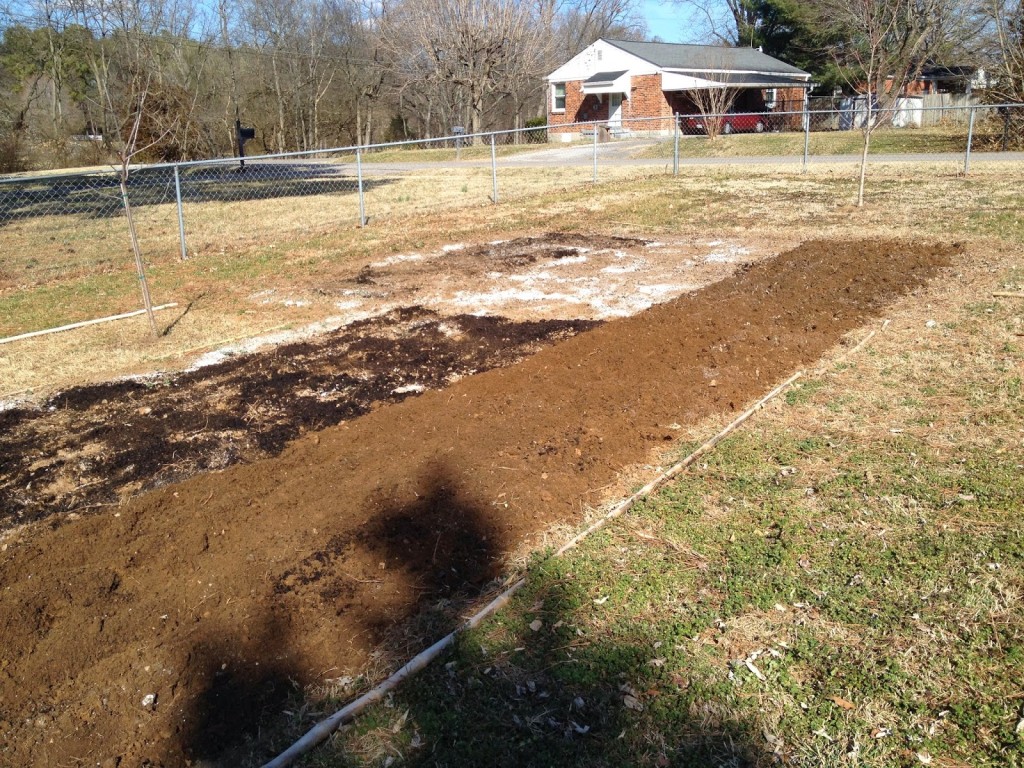 The soil looks really good, and now it’s just a matter of planning the whole thing out.  I planted beets and asparagus. 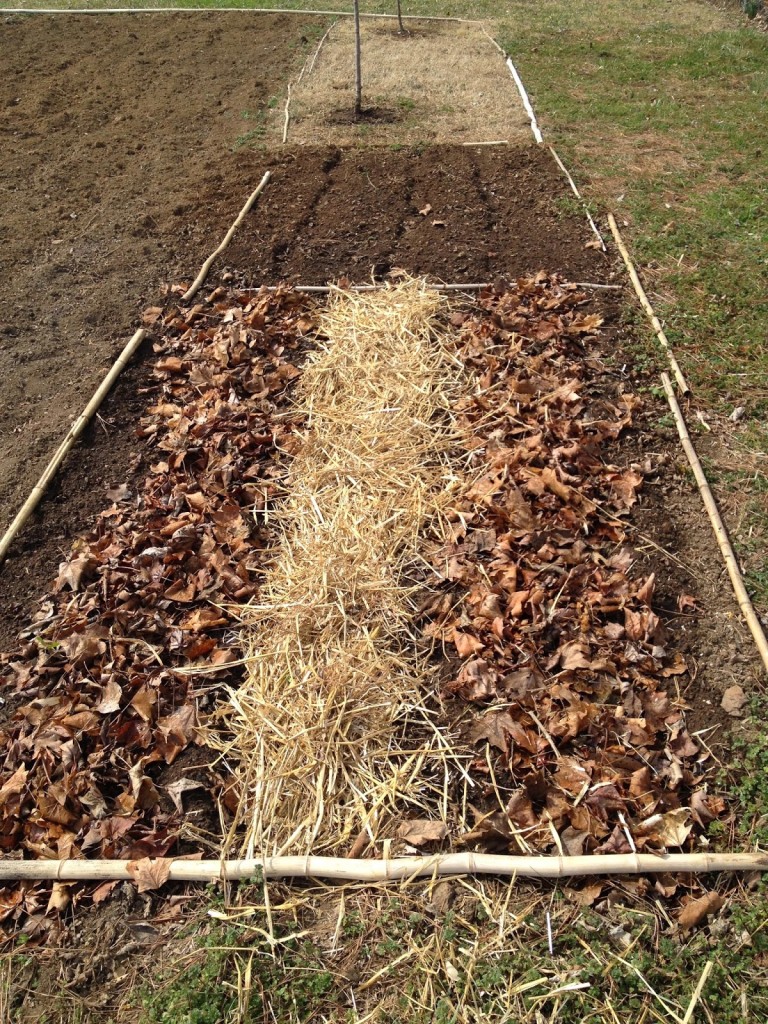 I’ve always wanted to try asparagus, but you have to be really patient and committed with these  plants.  Normally it takes 3 years to get a crop.  I purchased 2 year old roots, so we’ll see how they look next year, otherwise I’ll give them another year before starting to harvest.  It’s asparagus season now and tonight I pan seared a bunch for dinner.  I cannot wait to be able to run out to the garden and bring dinner inside!

Other crops this year include snow peas, beans, three different types of squash, and some onions.  All the seeds were ordered from Baker Creek Heirloom Seed Co. 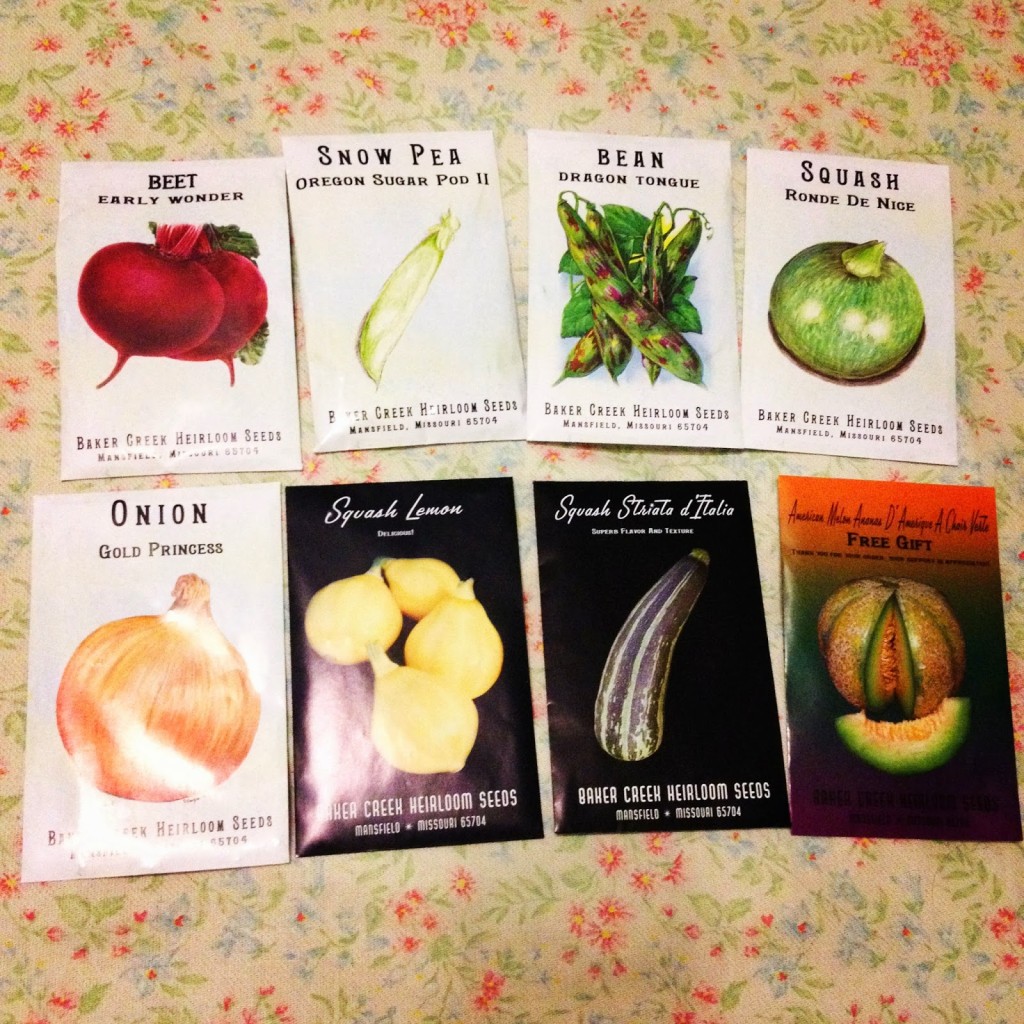 Aside from making the garden larger this year, I switched up my hoses.  This might not seem like a big deal, but I’ve read several articles about the use of lead in watering hoses and immediately found cause for concern.  If you are planning to water a vegetable gardening filled with food you will be eating, drinking water safe hoses are the way to go.  I got two 50 ft. drinking water safe hoses at Costco for $14.97 apiece, which is well worth the money for the peace of mind that no lead is leeching into the plants we plan to harvest from.

Another issue I had last  year was the immense problem of crab grass around the garden area.  The density of the grass caused many headaches with the lawn mower and was a total nightmare to deal with since it was also being unintentionally watered by the vegetable garden sprinkler.  I went to Home Depot to get some crabgrass preventer and had a bit of sticker shock.  That stuff is pricey!  The only kind they had in the store was the Scotts version, which a bit of research on my iPhone revealed that the main ingredient has been proven in multiple studies to be carcinogenic.  Well, crap.  Obviously that stuff is not going anywhere near my garden or my lawn.  I did some more research when I got home and the most effective natural product for crabgrass prevention seems to be corn gluten meal.  The biggest challenge will be finding that around here, but I’m going to see what I can come up with.

This week marks the beginning of spring, and while it’s still too early to plant the main veggie seeds, spring always brings the hope of new life.  Small, dead shoots sprouting tender leaves and flower buds remind us that even in the bleakest of times, beauty lies beneath the surface waiting to burst forth.