This past weekend, we had a camping adventure with some friends.  We went up to Tracy City, TN and stayed at the CCC campground right next to the Fiery Gizzard Trail.  On Saturday we hiked 11 miles round trip to Raven Point on a trail that has a difficulty rating of 8 out of 10 and is one of the top 25 trails in the US.  Needless to say, we brought a lot of Advil.  Everything hurts, but we had an awesome time and all of us left excited about what our next trip might be…with the caveat that the trail be half as long. 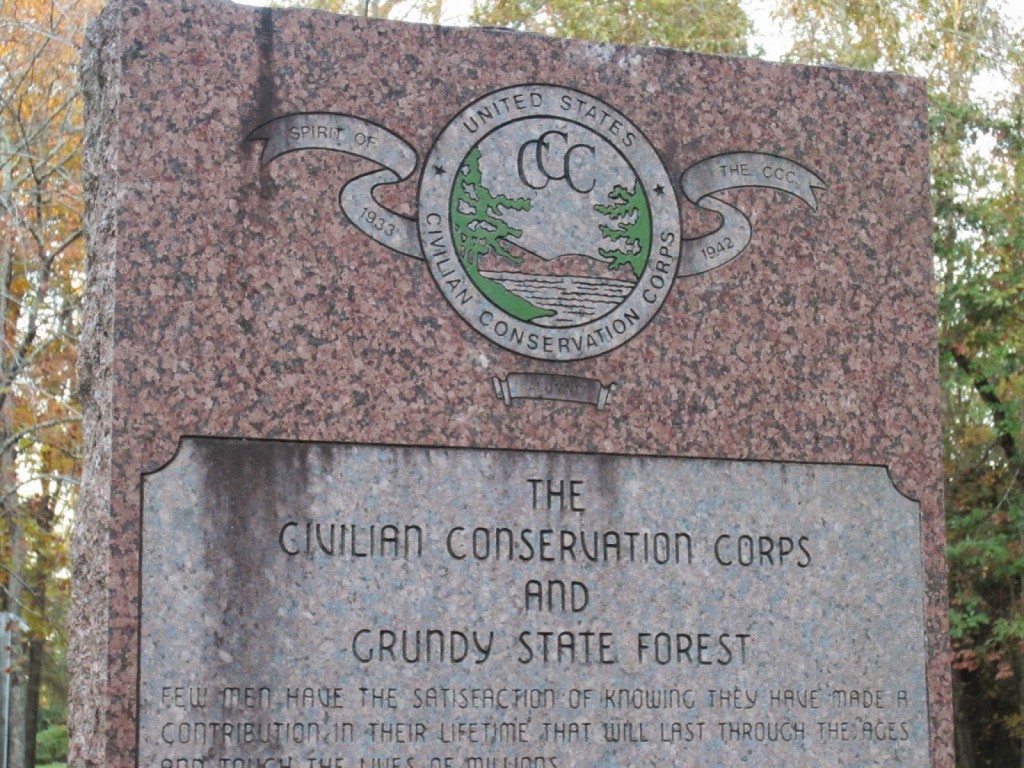 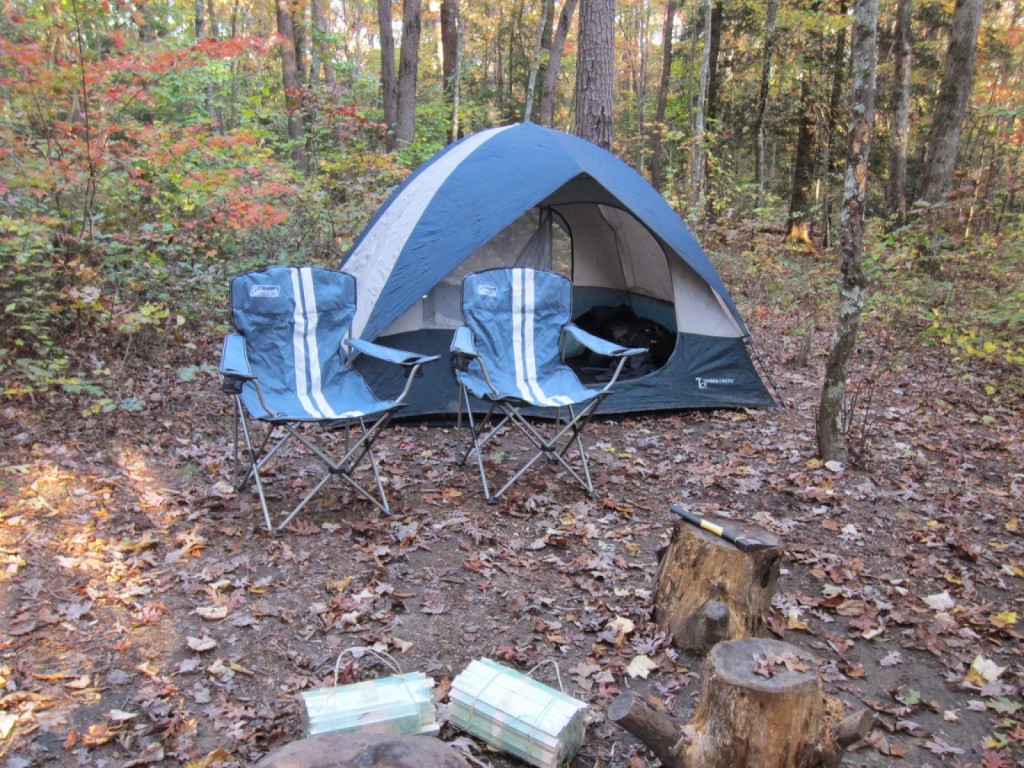 We met Brandon and Shelly up at the CCC campground on Friday night to set up camp with the tents.  We brought plenty of food to cook on the fire.  Thank goodness for the fire!  It was a crazy 45 degrees on Friday night, and while this seems like a piddly, warm temp for all you experienced hikers out there, this was freaking freezing for someone like me who is cold when it’s 80 degrees outside.  I found a 20 degree rated, down Marmot sleeping bag on Sierra Trading Post when they were having a big sale.  Thankfully, the only thing freezing that night was my nose. 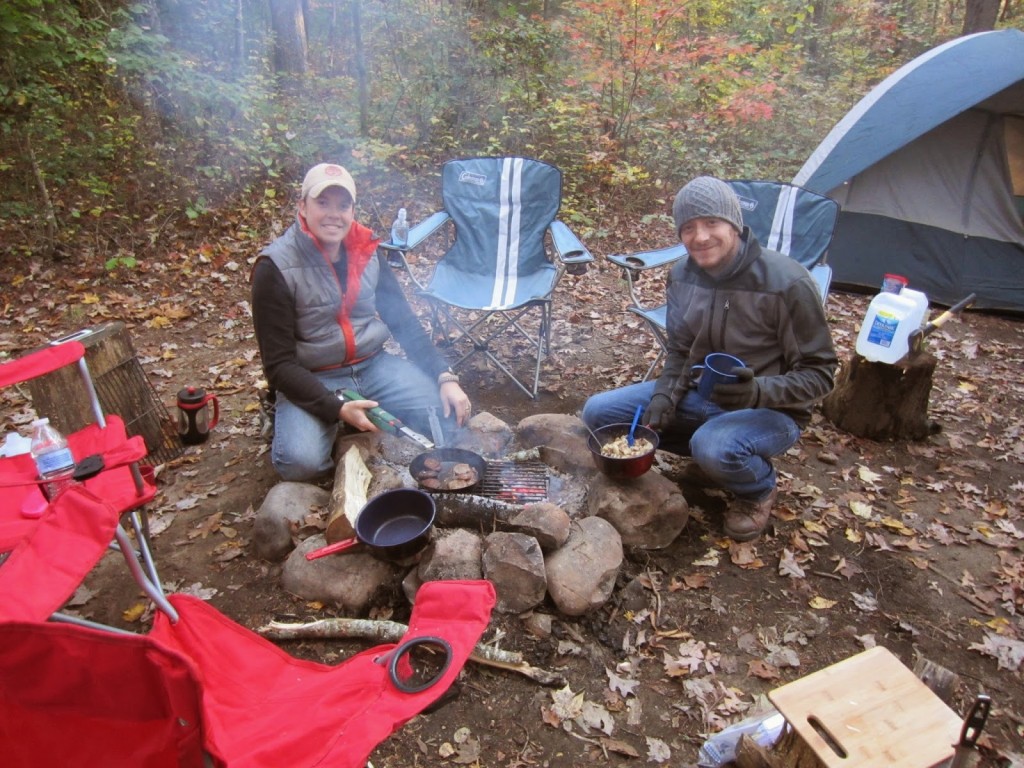 The crew: Brandon, Shelly, Rob, Jessie, Seth, and our mascot, Ben, who was a brave little doggie trooper. 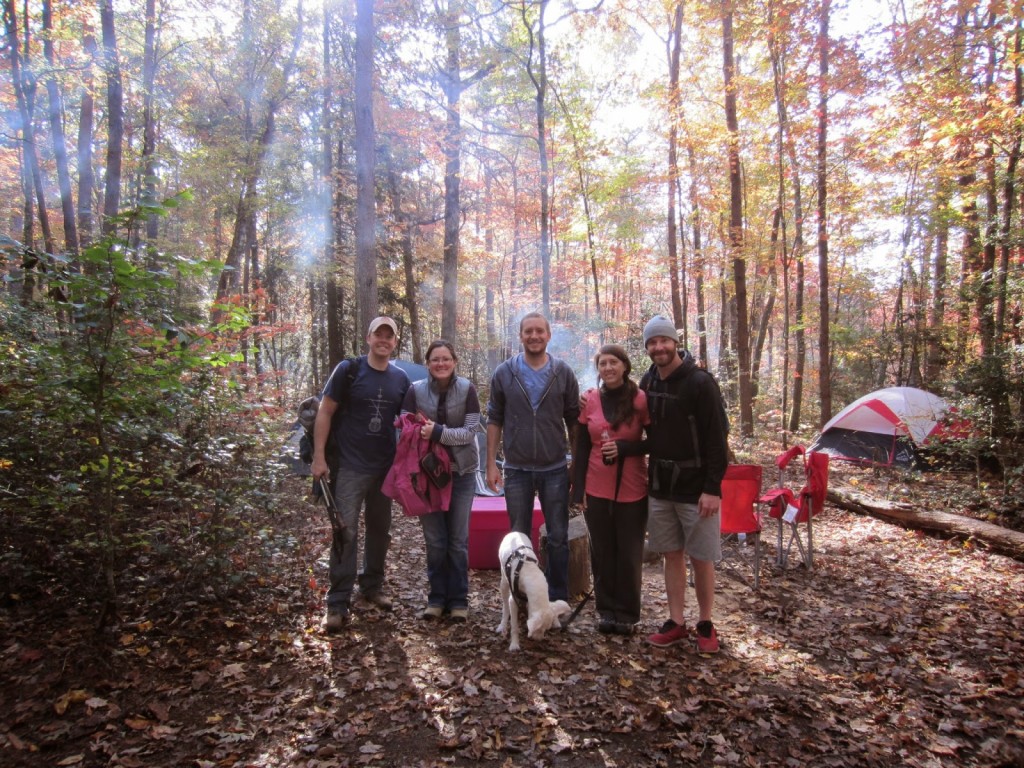 We went up to Raven Point which was .4 miles in the opposite direction from the campsite.  Obviously anyone who hikes to Foster Falls has a death wish or hates themselves a whole lot.  You may think it’s silly that they have to specify not to jump from the falls, but there was a rescue the day we hiked for a guy who had gotten too close to the edge of a waterfall and fallen 30 feet.  Hopefully he ended up being ok. 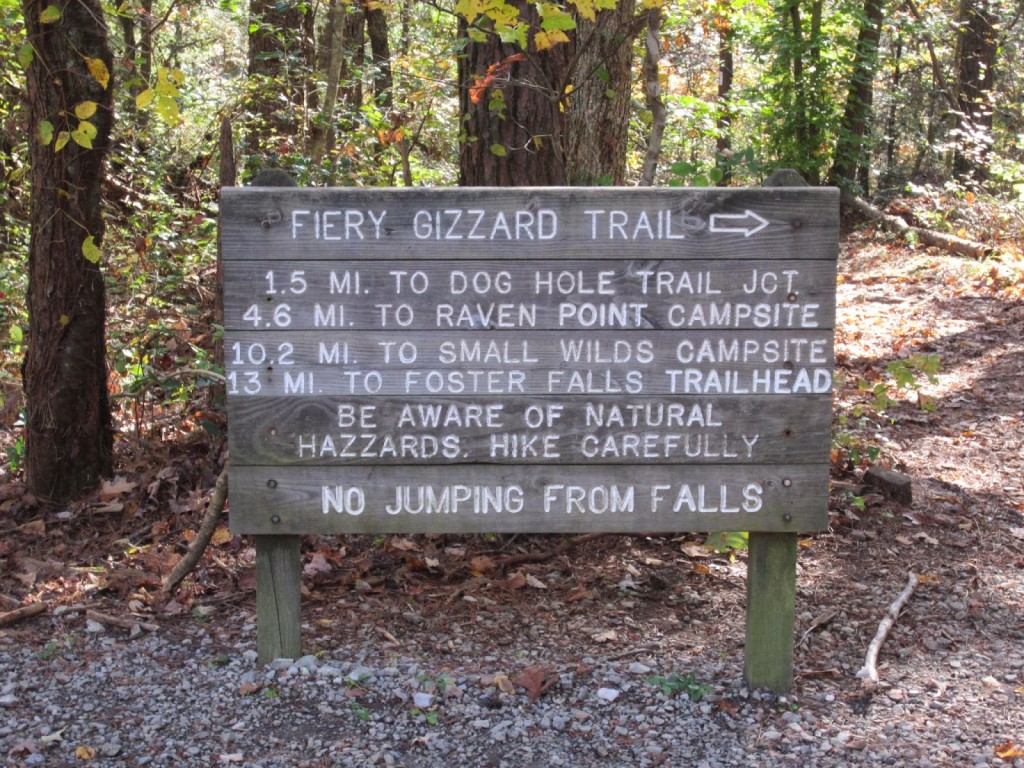 When you first start on the trail you think, “Oh this is so pretty and not hard at all…”  You say this internally, all smug and confident, and you smile for pictures in front of pretty waterfalls… 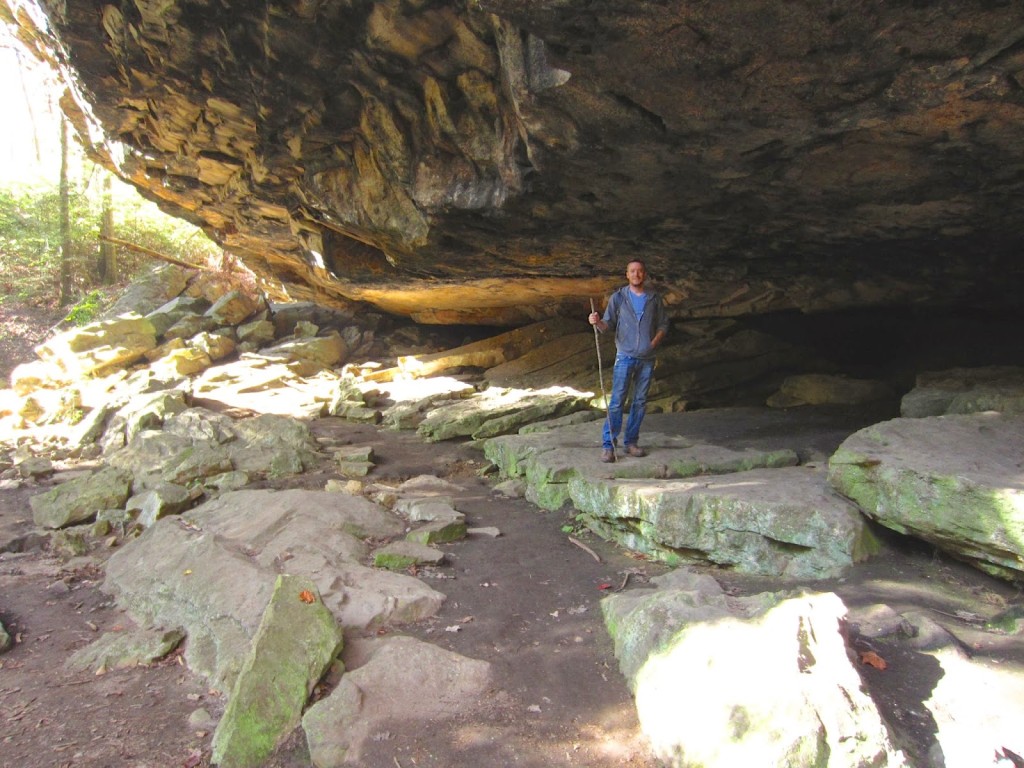 Even Ben is like, “I’ve got this, you guys.  You humans have nothing on me…” 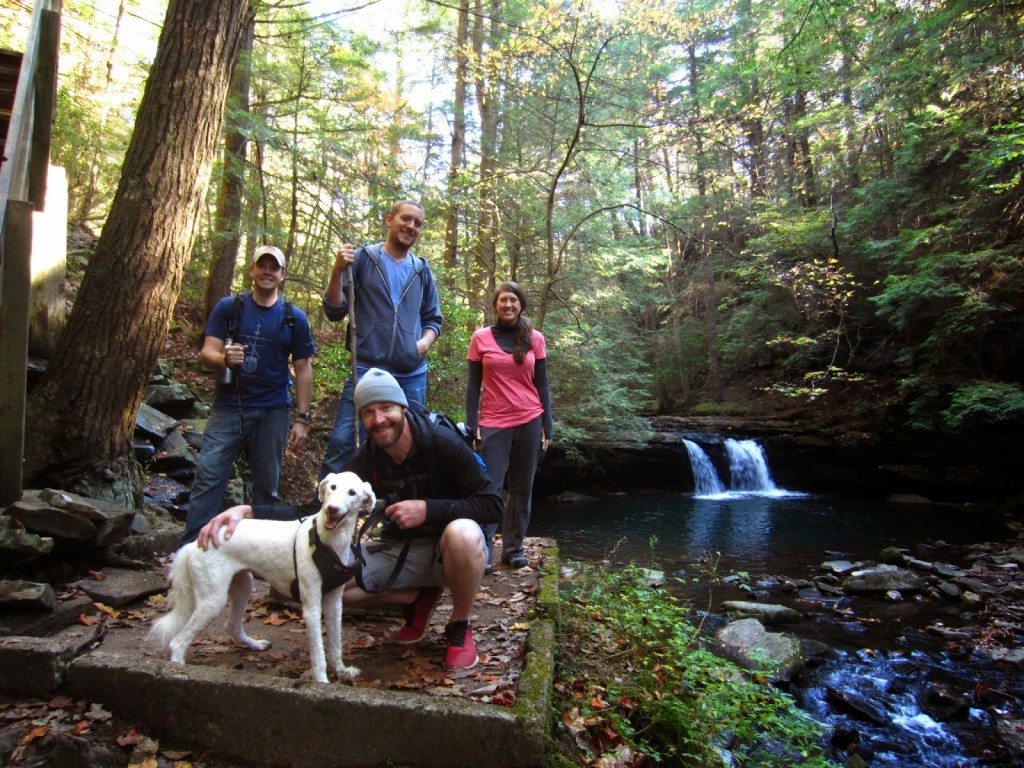 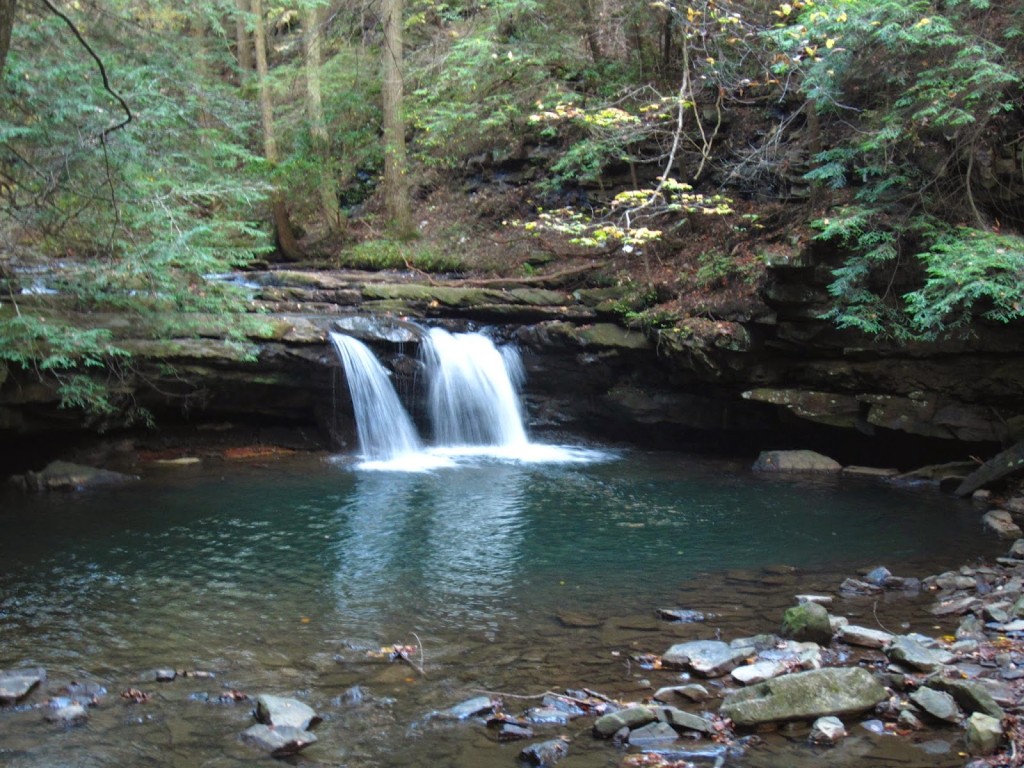 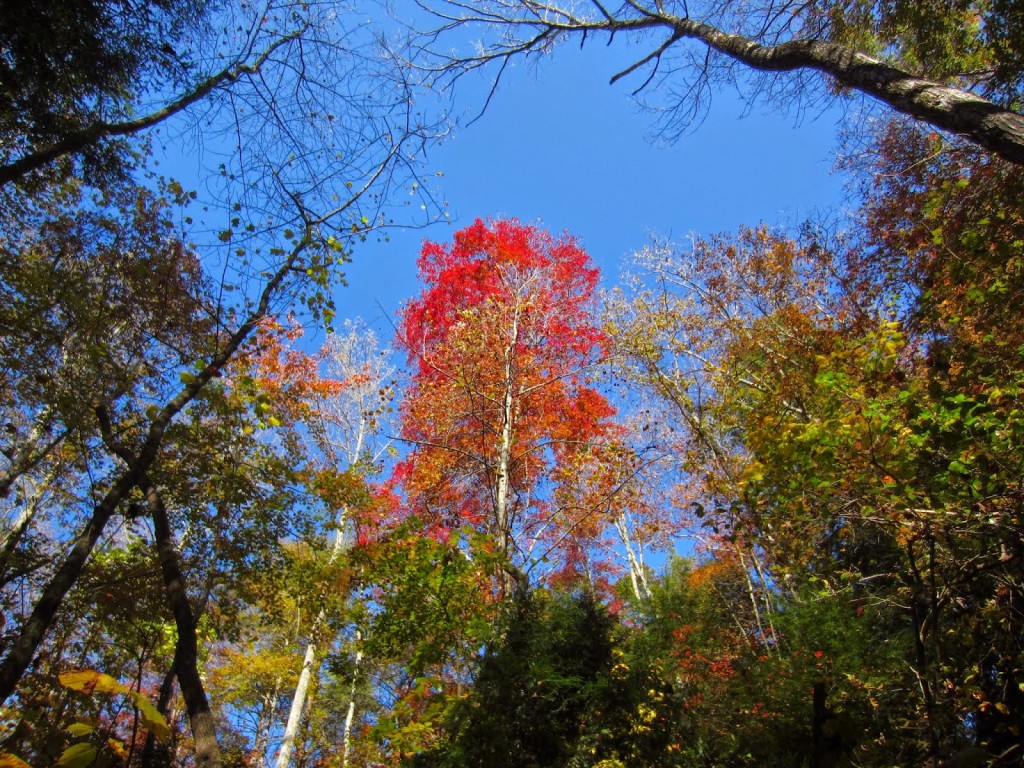 Along the main trail, there are some offshoots where you can see the occasional overlook or waterfall.  One of our first diversions was Sycamore falls, worth the extra 10 minutes for sure. 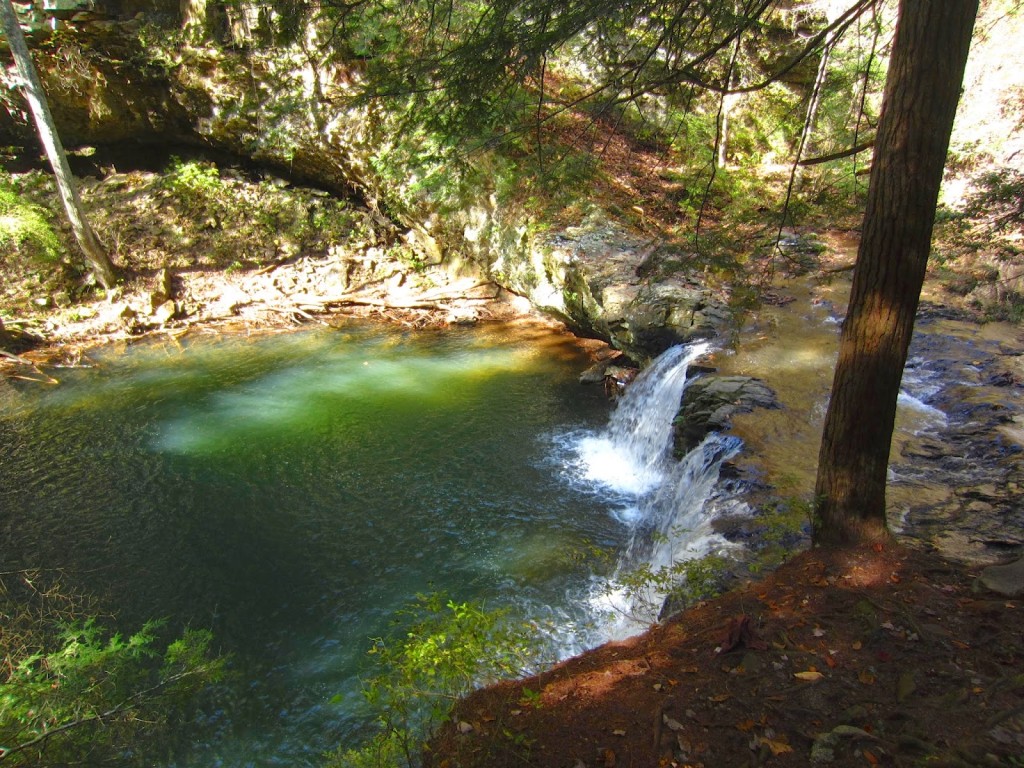 You come to a point in the trail where you have to make a decision that will affect the rest of your day, along with the shape your muscles will be in for the next few days.  The question was: take the hard trail first and the easy trail back? Or, take the easy trail up and tackle the hard part on the return?  We made the right choice, we took the hard way up to Raven Point, enabling us to book it back on the Dog Hole Trail and eventually to our campsite before it got dark in the woods.  I cannot imagine the predicament we would have been in had we been going downhill across rocky trails as the light was fading. 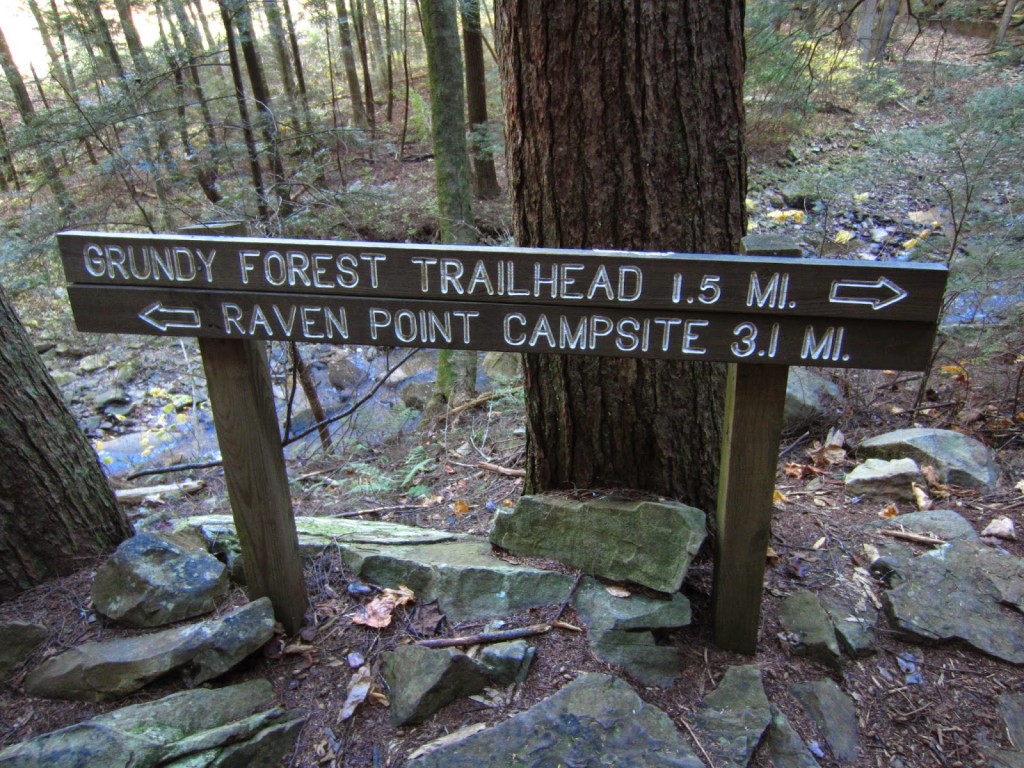 The sights along the way are stunningly gorgeous.  We hiked next to a river for much of the way, through forest green and colored, carpeted with mosses, ferns, and freshly fallen autumn colors.  The smell was damp moss, rotting leaves, foaming currents, clear and crisp. 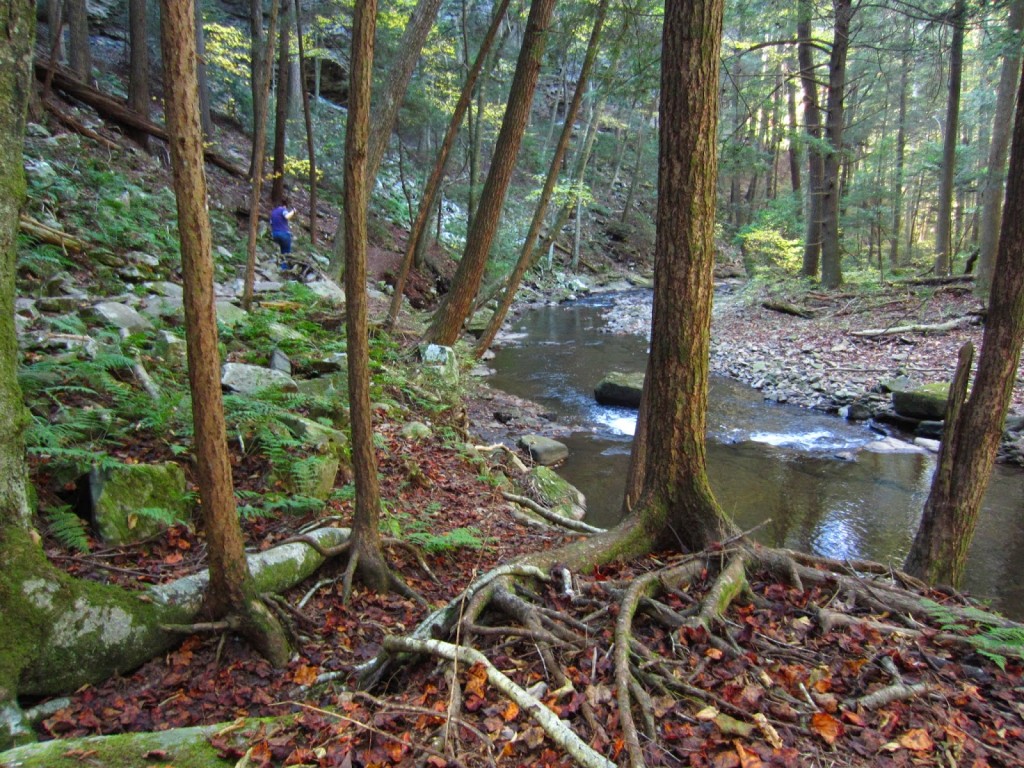 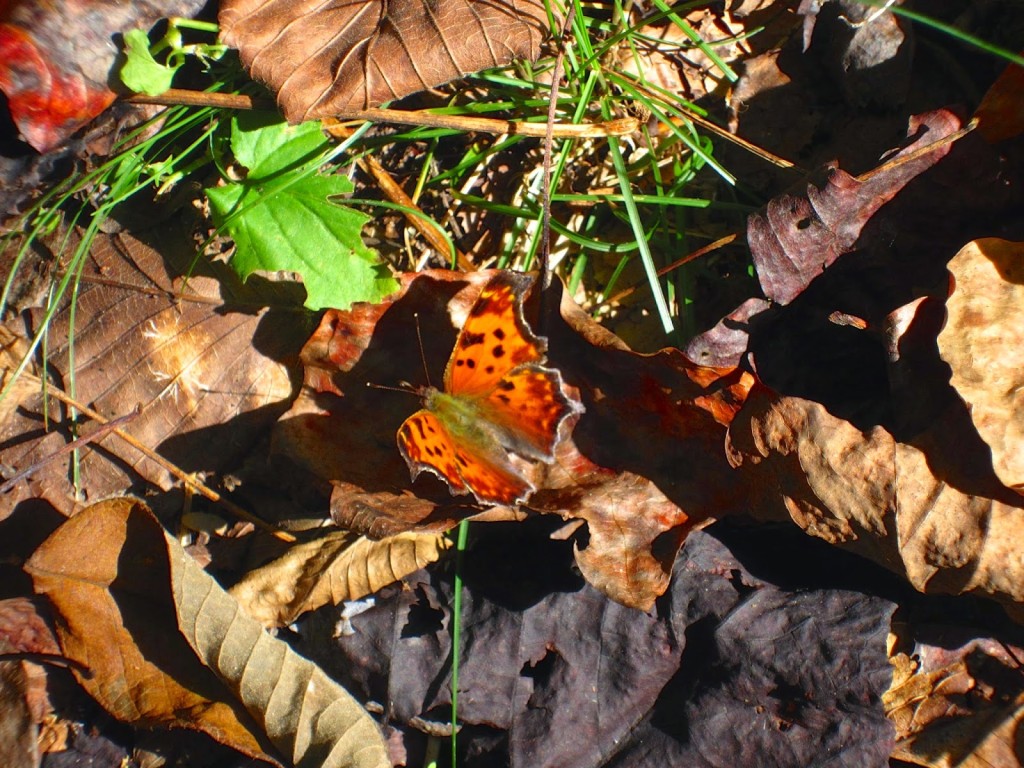 If you are thinking about bringing your dog on this adventure, think carefully.  We had no idea what to expect as to the actual difficulty, but Ben needed to be carried in places where the boulders and rocks were impassible for him.  Thankfully, he made it out safely and was such a little trooper.  He had a couple of bloody paw pads, but all in all, he’s in good shape and was able to handle the hike surprisingly well. 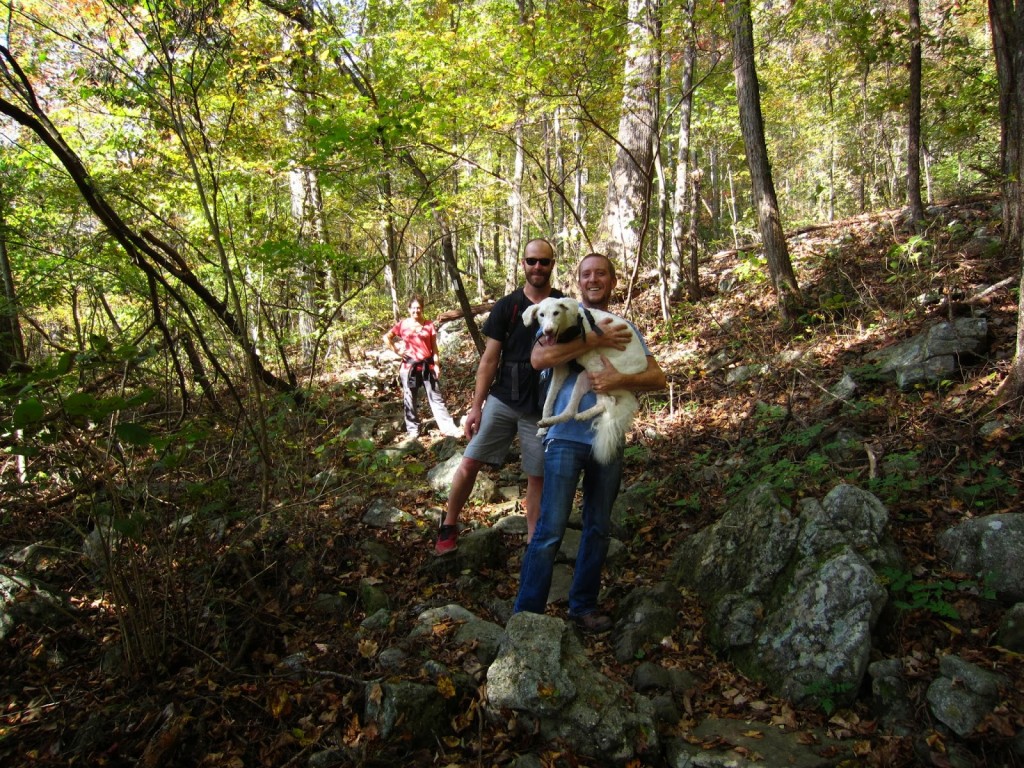 Almost there!  Following the very steep ascent, we felt like we were going to die.  You don’t just get to the top and suddenly see the Point (pun intended).  No.  You have to hike another .4 miles in, which at this stage just makes you want to scream nasty, mean things at the people who created this bloody mess of a trail.  But press on we did. 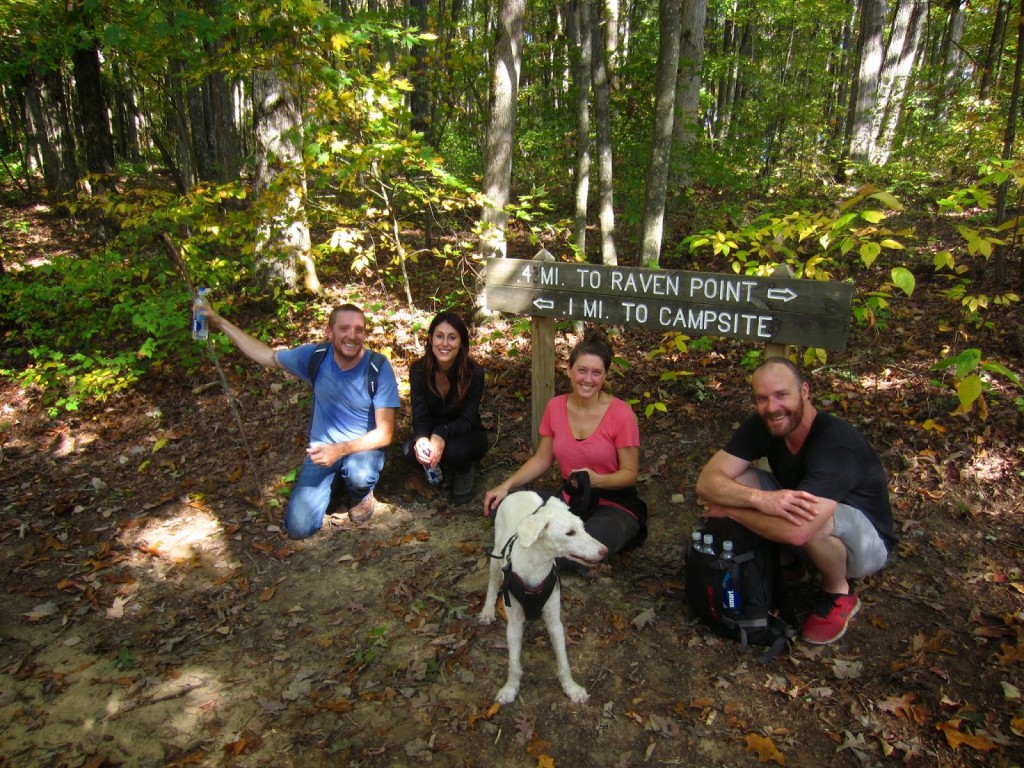 Aaaaaahhhhh, a view for miles.  Past peak, but still lovely.  The point was breezy, warm, and sunny with lots of places for us to sit and say thankful prayers for reaching the top.  There were no heart attacks or broken bones. 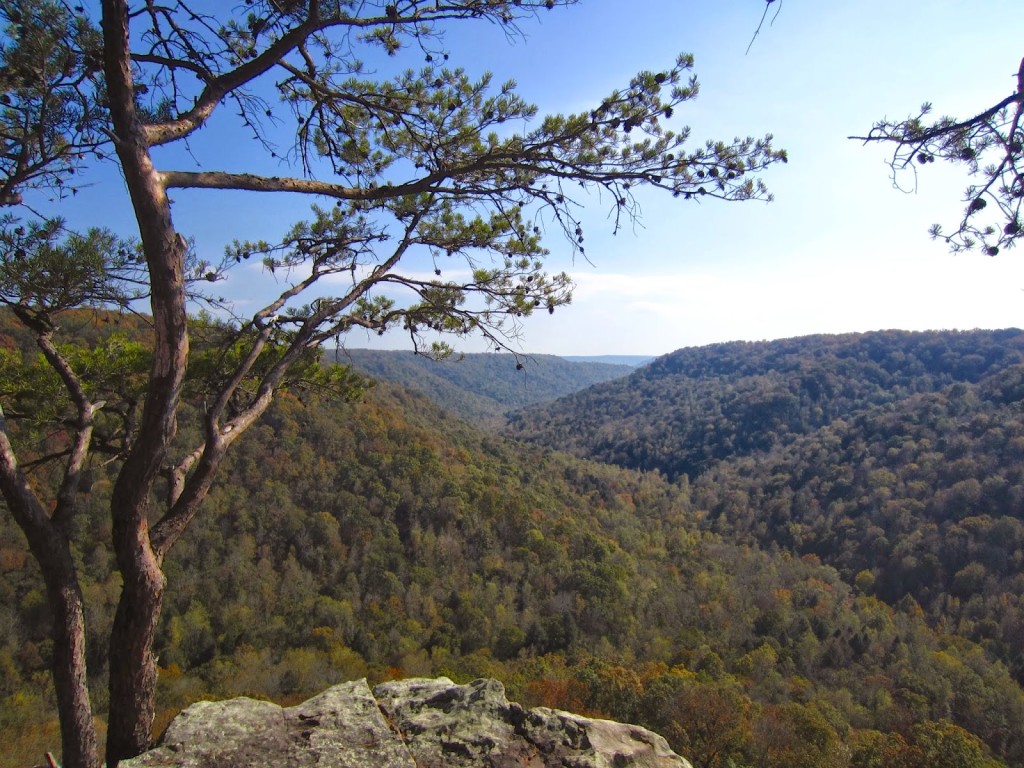 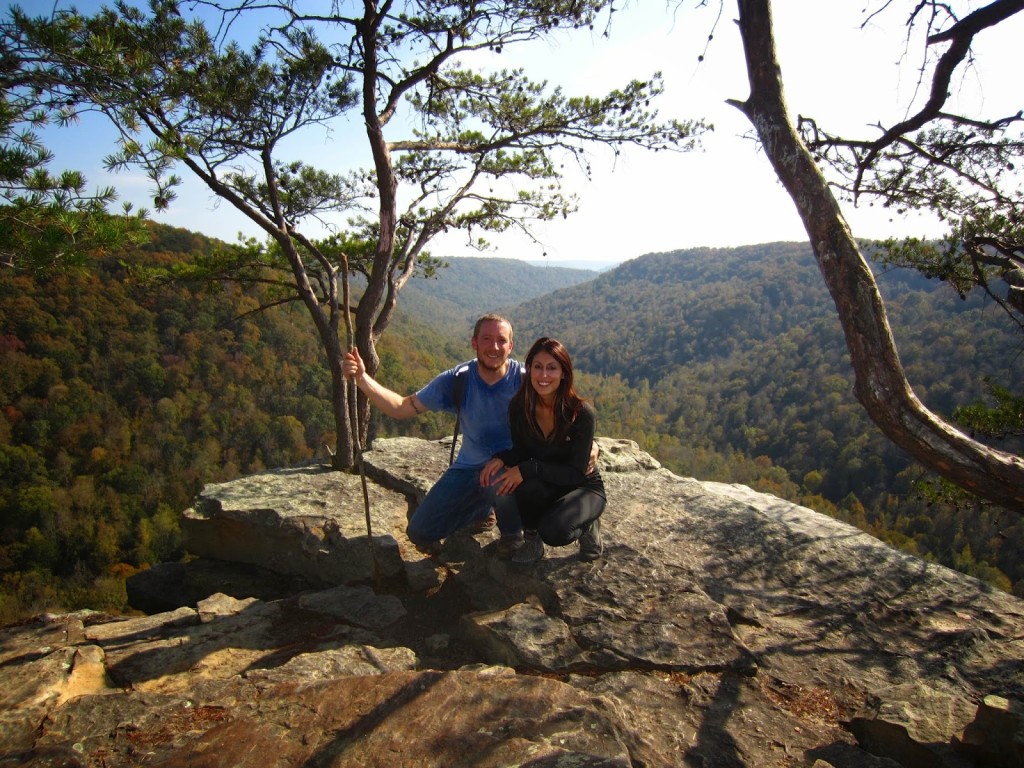 It’s a little hard to describe how we all felt when we reached the Point, but Ben captures it perfectly in this picture.  He had a lovely snooze while we all refueled with food and water, taking it all in. 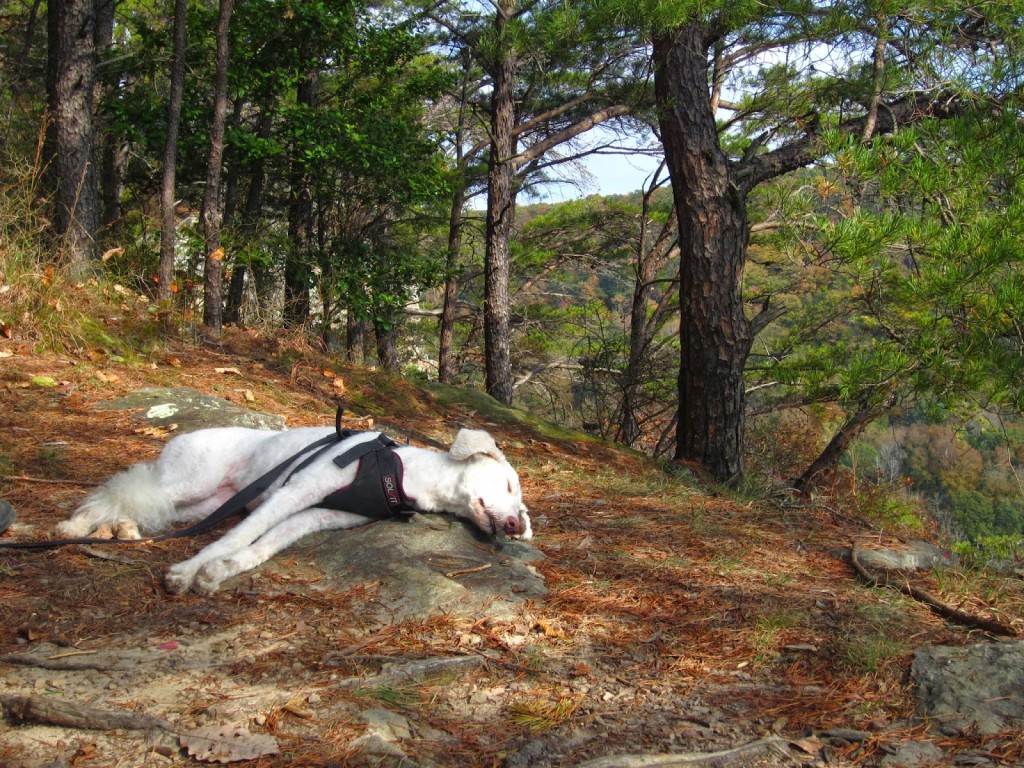 The flora and fauna on the way back down was just as beautiful as when we were heading up.  The mosses and fungi we passed were so gorgeous, they deserve a blog of their own. 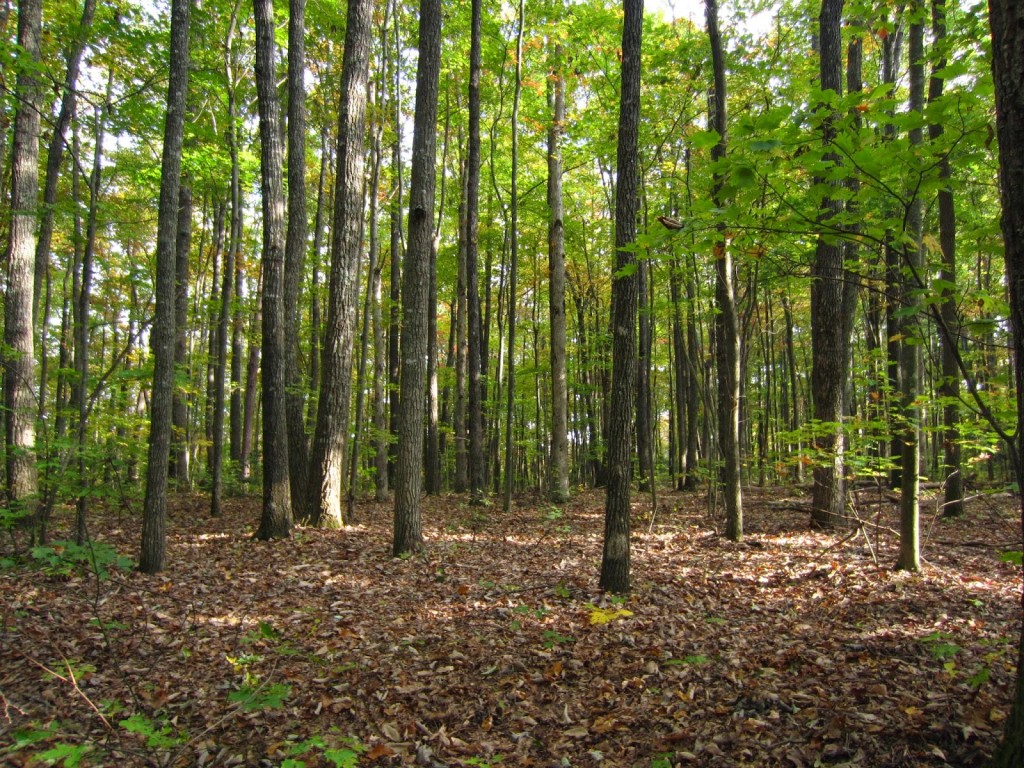 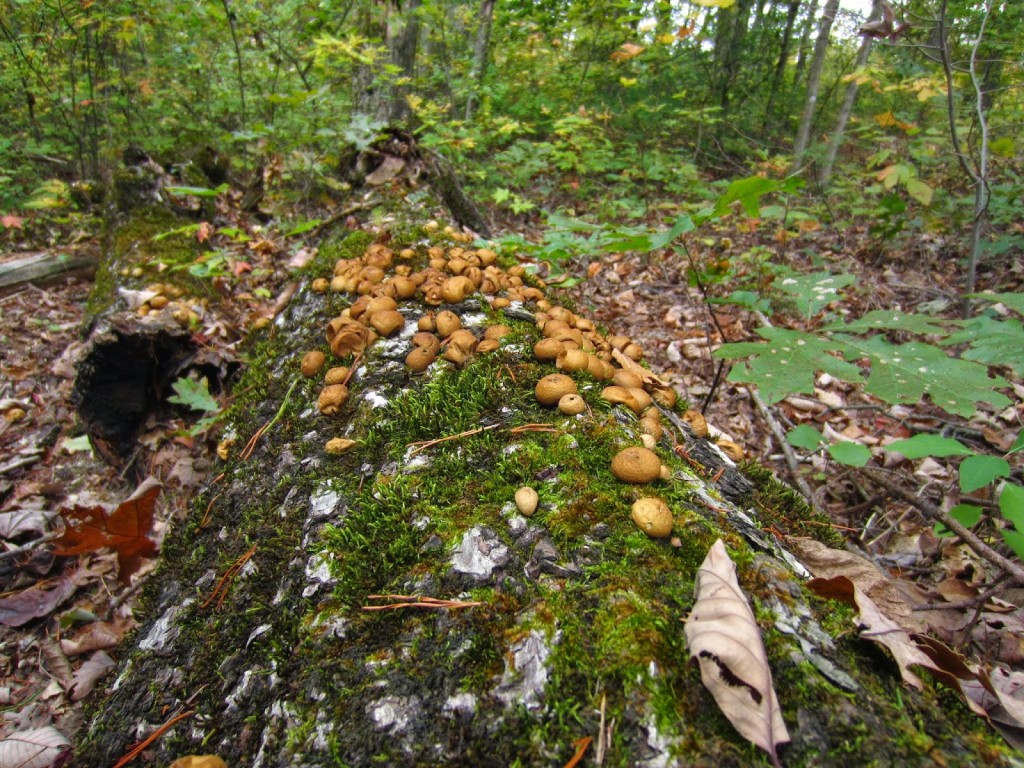 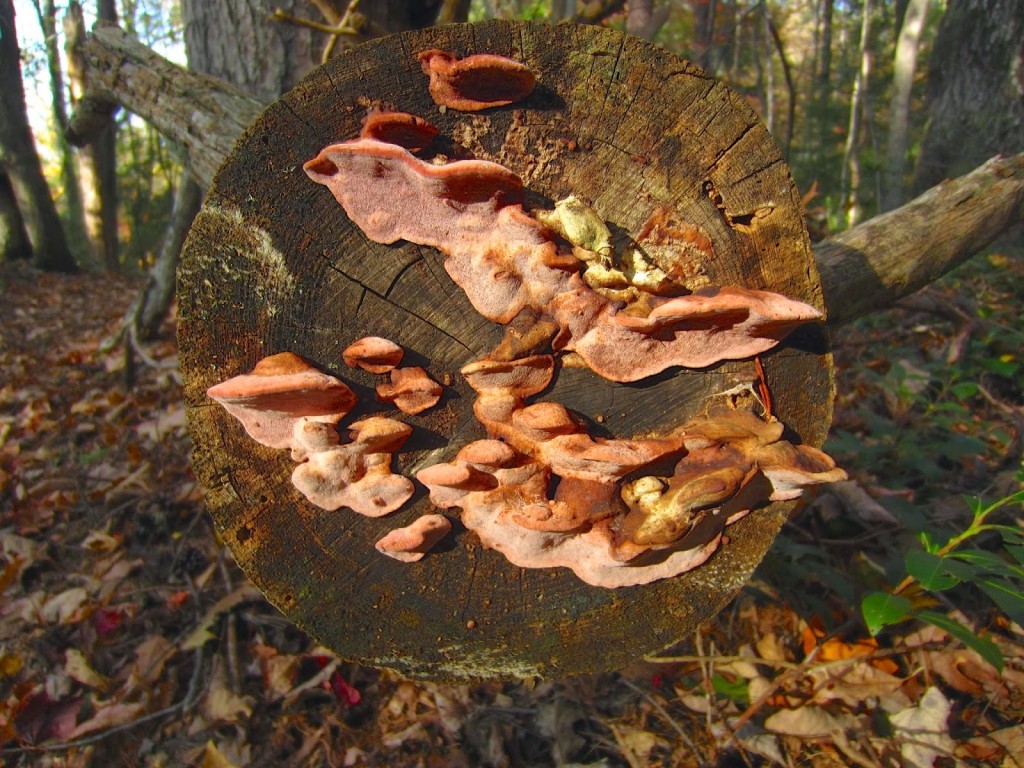 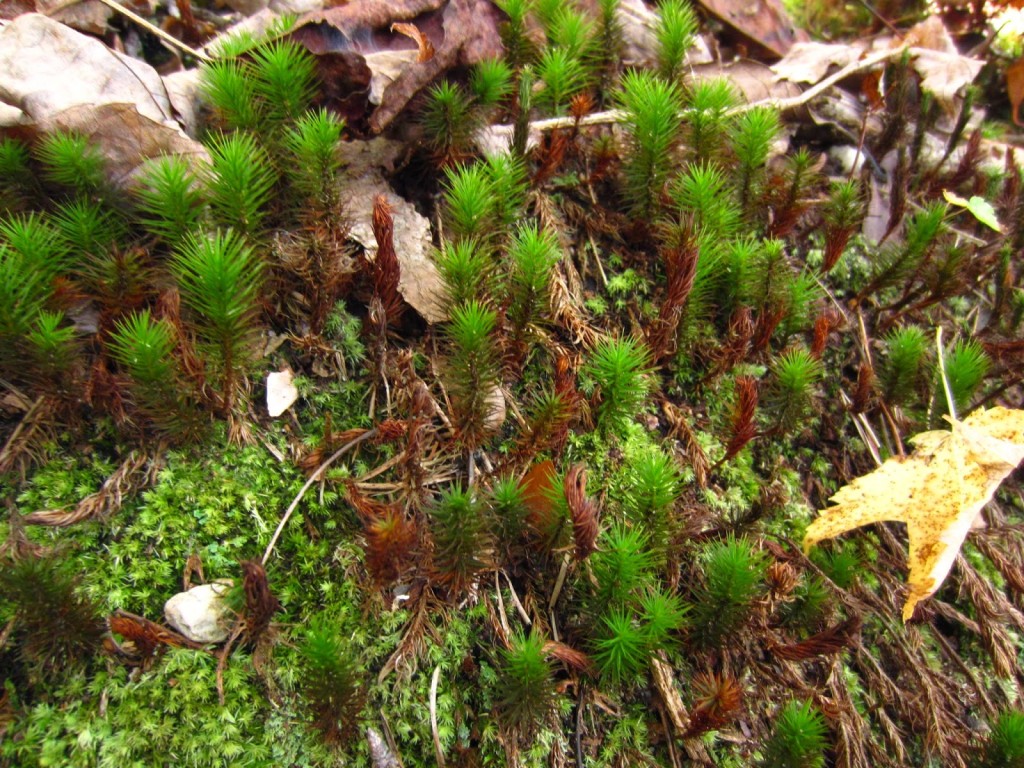 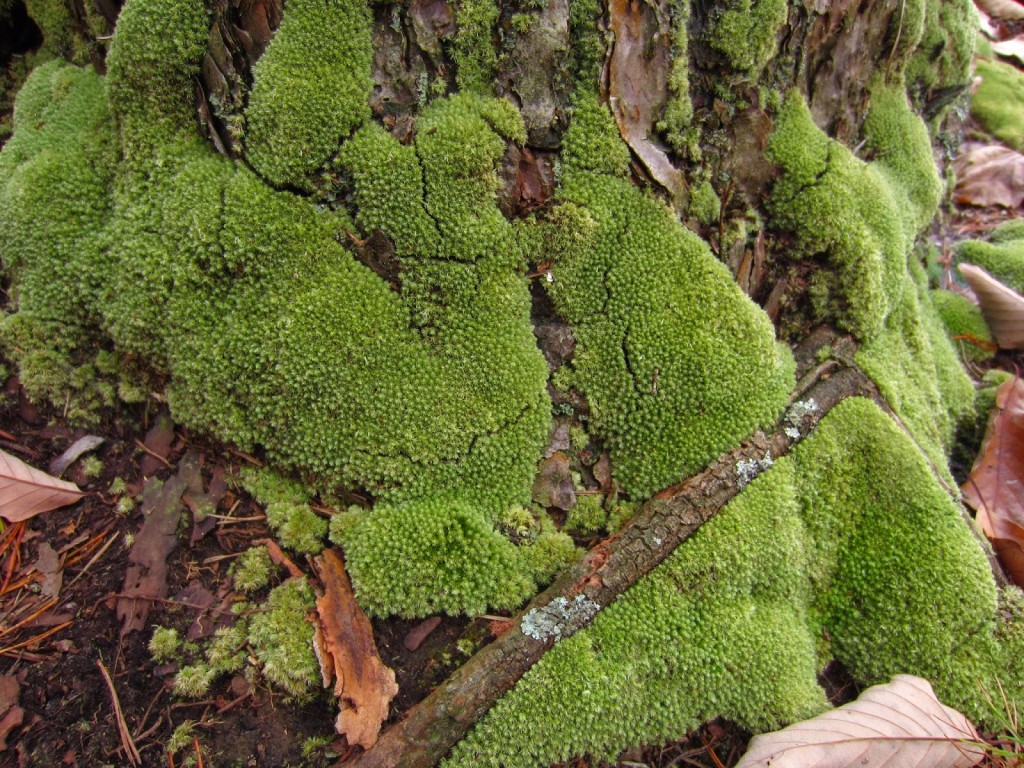 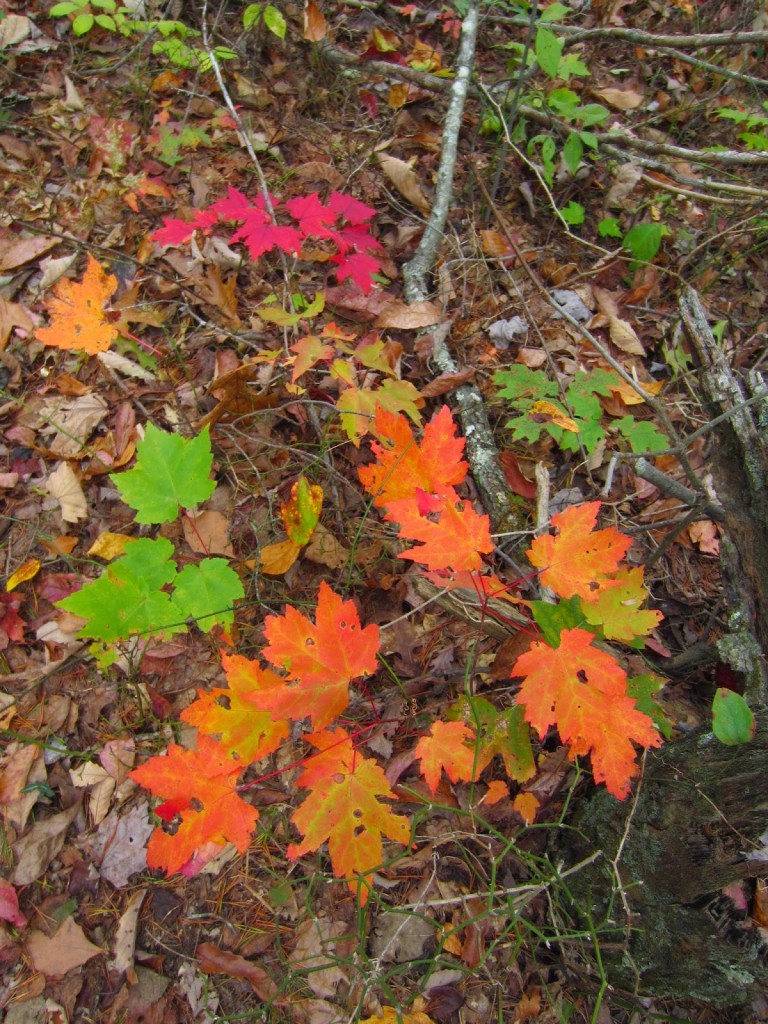 Ok, so you’ve heard about the trail, but lets get to the practical side of things.  What do you need to do this safely?  The group sat around the fire after surviving this trail and talked about things we wish we had known before tackling this adventure.  The result was the following list: 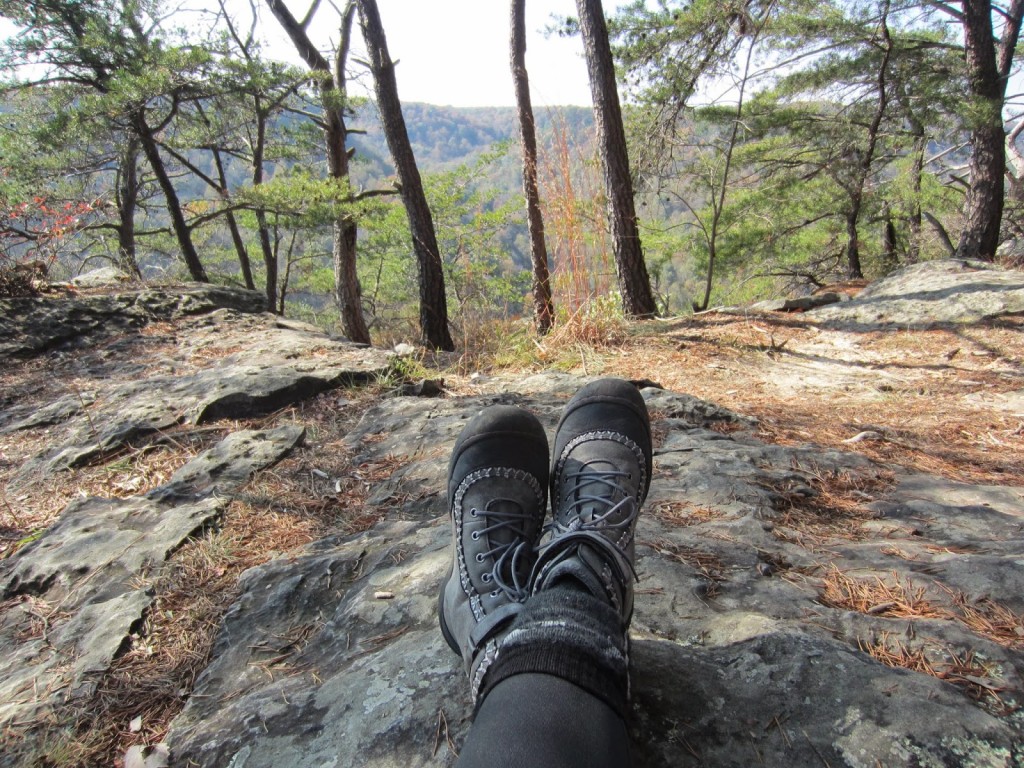 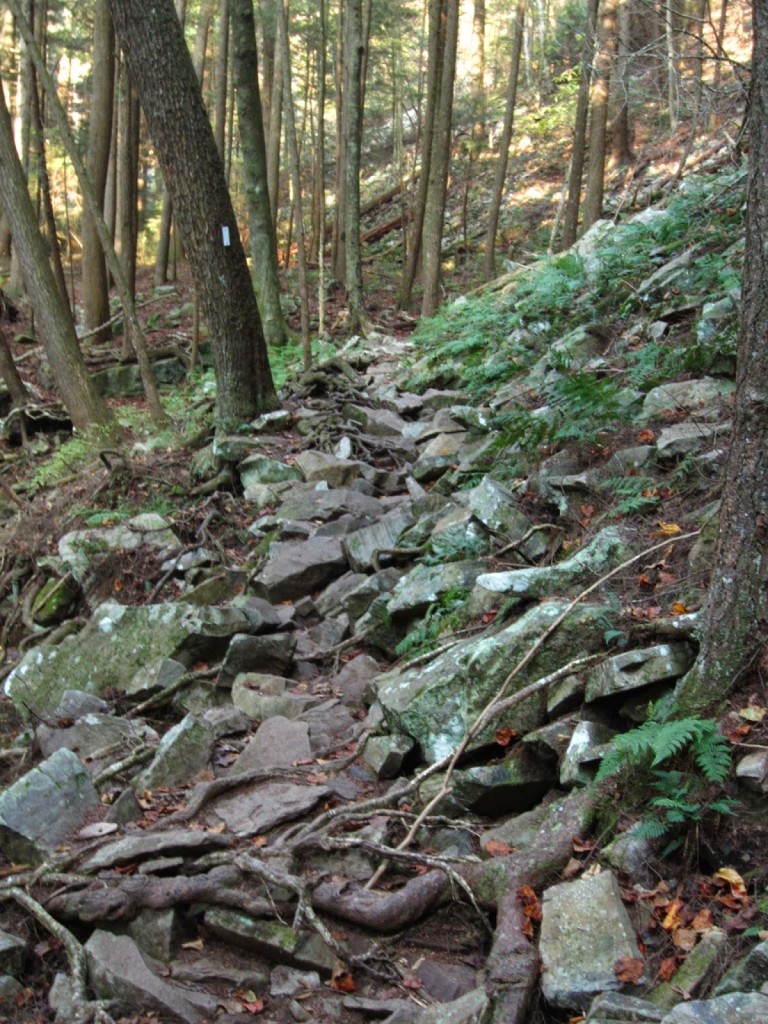 Gear resources that won’t break the bank:
Steep and Cheap – a flash sale website for outdoor gear.  We got two North Face packs that retail for $169 for $59.99 each.  Total steal!
Back Country – all kinds of gear with the occasional sale and often cheaper prices than REI, etc.
Sierra Trading Post – same as the above.
TJ Maxx – head to the store and check the active section.  They had North Face base layers, Columbia fleece, Smartwool socks, and Avalanche cold gear when I went.  I got everything I needed for this trip in terms of clothes at great discount prices.