Spring is springing and I am finally getting out from under the kitchen and out into the yard.  Honestly, getting my back used to the strain of yard work has not been fun, but being out in the sunshine with birds singing and the scent of flowers in the air has been reviving.

This weekend, my goal was to get the vegetable garden in shape for planting.  It is still too early to plant anything (growing season begins April 15th-ish in TN), but preparing the soil is key for the success of a good crop.  Over the past couple of weekends I got out there and pulled every single weed, making sure there were no roots left in the soil.  This may seem counter intuitive when much of it will be dug up anyway, but I believe starting with a clean slate is the way to go.  Robins were scurrying back and forth on the soil near where I was weeding, having the time of their lives, snatching up the worms that came to the surface.  Occasionally the bird would abruptly stop, tilt it’s head toward the ground, and peck victoriously at a substantially juicy one.  I love seeing worms in the garden, a sure sign the soil is in good health.  A very exciting development is that the asparagus is starting to peek out of the ground! 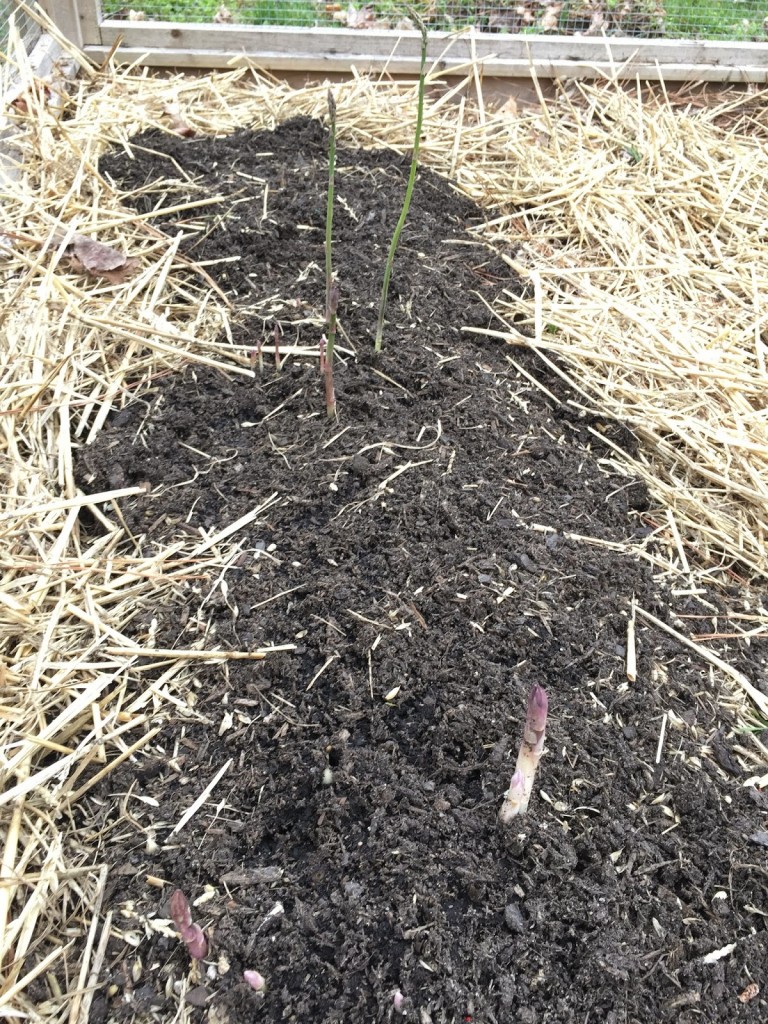 Once everything was weeded, I went over the beds with a rake to break up the soil and ready it for a good sprinkling of lime.  The lime acts as a neutralizer since most vegetable plants prefer growing conditions that tend toward alkaline.  After that, I added 25 bags of compost with manure.  I’ve done this every year since I started the garden and I believe it’s the way to go.  Since the soil here in TN is clay, just adding compost will only aid in texture, but not necessarily nutrients.  I’m not a huge fan of synthetic fertilizers and chemicals, so the manure is an excellent natural fertilizer.  I also add coffee grounds, egg shells, and other organic matter throughout the season, which is especially beneficial for the tomatoes which need calcium. 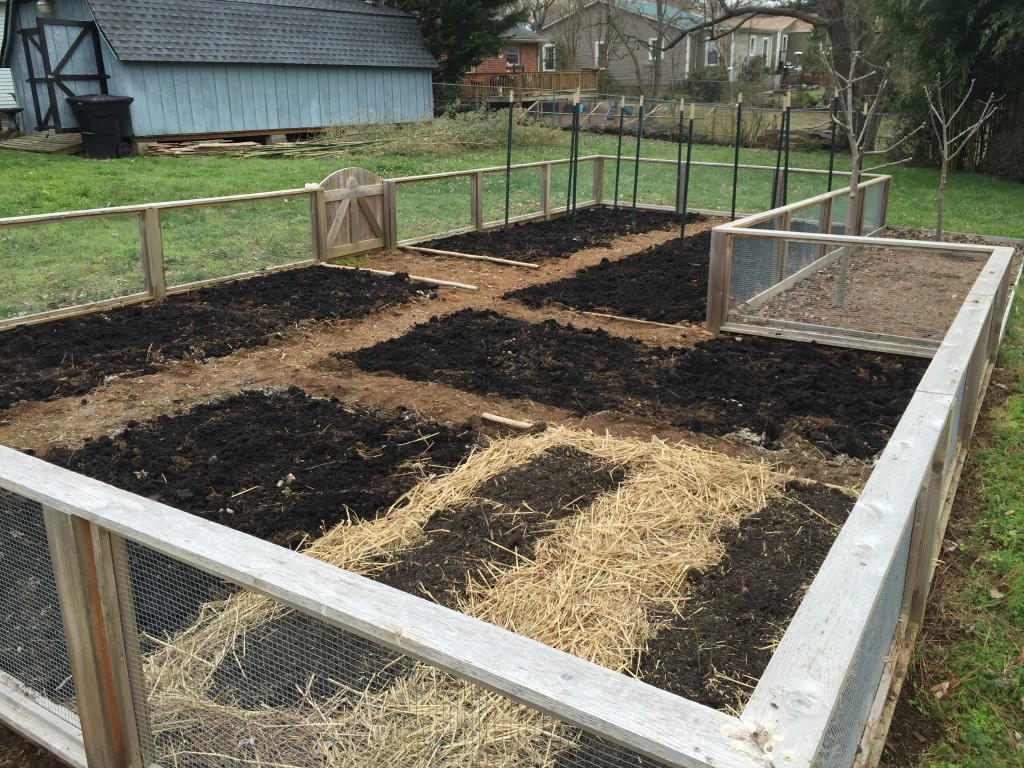 This year for the first time I am not going to till.  Last year I was overwhelmed by the amount of weeds.  I absolutely could not keep them under control and I want to see if not tilling will help with weed control since old dormant seeds will not be brought to the surface.  Also, this method of growing is supposed to help with water retention.  Eventually, I’ll be buying a couple bales of straw to completely cover the soil before planting.  This is a really effective way of keeping weeds at bay, retaining moisture, and adding nitrogen to the soil.

The flower beds were cleaned of leaves and debris, and the perennial bed is ready to go. Spring bulbs are starting to pop up everywhere, which is a cheerful and lovely reminder that after the misery of winter, beauty shall prevail.

List of tasks accomplished in the month of March

Now the patient waiting must last until mid-April when the magic happens!  I’ve figured out that the cost of the vegetable garden is around $85 each year.  Compared to paying for a local CSA, this is a steal.  The estimate includes seeds, starter plants, and soil amendments.  Obviously there is a lot of labor, plus water bill increases for the summer, but the payoff is tons of vegetables grown organically that we are able to eat year round.  There are many times when I wish it was all easier and that I didn’t have such crazy back pain after a day in the yard, but I’m so thankful we have the ability to do this.  Happy spring!!!