I hate Valentine’s Day.  Some people might think I just need to get over it because I’m married and live with a man, but that hasn’t diminished my abhorrence for the “holiday.”  I vividly remember too many February 14ths when I was depressed, lonely, crying into a semi-melted trough of Ben & Jerry’s because I was single and didn’t feel like I would ever be good enough to be loved.

Each year I mail notes to some of my girlfriends because I know that one of them is inevitably going to feel like shit on Valentine’s Day because some man, or non-existent man, didn’t fulfill some unrealistic ideal of what romance is supposed to be.  I want these women in my life to know I love them and am thinking of them on a day that seems to put a blinding spotlight on those who crave companionship, like a big scarlet letter advertising loneliness.  I’m pretty sure that if it weren’t for the women in my life, I might as well just drop dead right here on the floor because there isn’t one of them who hasn’t kept me afloat on a day when I desperately needed it and most of them have no idea they’ve ever done this for me.  If anyone wants to see examples of true love, they need to look no further than their female friends. 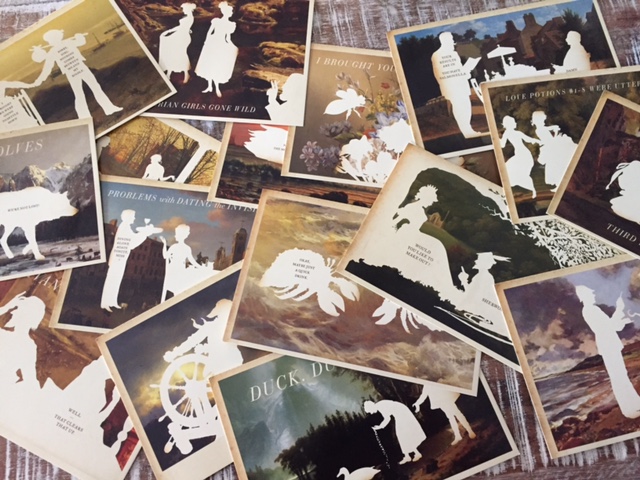 So I send a note, even to the independent ones and the married ones who seem like they have it so together, because deep down no matter how intact we seem, there is always a broken piece that still needs to be loved.  For all my kicking and screaming when it comes to not wanting to depend on a man for anything, I still want my husband to do something romantic, to buy me something that tangibly demonstrates his love for me.  It’s the stupidest thing I could ever ask him to do because he demonstrates his love for me everyday by many intangible things that would go unnoticed by someone not familiar enough to recognize them.  This year I’ll be out of town on Valentine’s Day, spending the day with two cousins I adore, and the pressure to set up some weirdly unromantic dinner in a crowded restaurant is officially off.  My husband and I won’t have to do some awkward dance on Sunday morning when we open some vomit inducing card and pretend to be excited about a gift that was incited by nothing more than tradition, consumerism, and greed.  We’ll probably do that on Friday night before I leave…because as much as I’d like to say we’re above all that, we still cave under pressure.

Every year I think about Saint Valentine, a man who was martyred for refusing to deny his faith.  There are many stories surrounding his life.  According to Catholic Online, “…St. Valentine was imprisoned for marrying Christian couples and aiding Christians being persecuted by Claudius in Rome. Both acts were considered serious crimes…other depictions of St. Valentine’s arrests tell that he secretly married couples so husbands wouldn’t have to go to war. Another variation of the legend of St. Valentine says he refused to sacrifice to pagan gods, was imprisoned and while imprisoned he healed the jailer’s blind daughter. On the day of his execution, he left the girl a note signed, ‘Your Valentine.'” The nature of the man for whom this holiday was named has been lost on us.  As opposed to honoring a person who gave his life for the love of his faith, who was imprisoned for marrying couples before they were separated by war, we cheapen the concepts of devotion and fidelity with gifts devoid of depth or meaning.

Love does not contain the perfection found in a freshly picked long stem rose.  Love is sometimes an ugly business, parading around in sweatpants that have holes and stains, lying like a beached whale on the couch, watching an endless marathon of Golden Girls reruns.  Love has moments of decadence like a finely handcrafted chocolate.  But most of the time resembles something mushy pulled out of the freezer and thrown in the microwave with a sigh and a prayer.  Sometimes love soars, intoxicating the lungs with blissful vitality.  Other times it crawls along in the dirt, gasping for the next shaky breath.  Sometimes love is present.  Other times its absence feels like a gaping hole of need.

Whichever phase you find yourself in at this point in time, I hope you remember that you are loved as you are in this moment.  You are perfectly you, exactly as you are meant to be, with or without someone else.