Rob’s birthday is coming up and I wanted to make a memory as opposed to struggling to find him a gift he might not use, so I thought it would be fun if we went up to Great Smoky Mountains National Park to go hiking and see some Tennessee fall color.  On Friday night we arrived in Gatlinburg.  The first time I was here was in my freshman year of college and I remembered it as being the most horrendously tacky place on earth.  My memory had erased the worst part of getting to Gatlinburg: going through the armpit of the tourist industry, Pigeon Forge.  I think the place is disgusting.  It is the antithesis of everything beautiful and true, the worst kind of tourist consumerism.  Pigeon Forge is a highway of neon lights advertising psychic readings, every embarrassingly “country” show you can imagine, cowboy boot outlets, mini golf palaces, and as Rob so aptly put it, the place looks like a carnival got stuck there.  When we arrived in Gatlinburg, the scene changed a bit.The town grew smaller, the neon lights grew slightly dimmer, and signs for the parkway began to appear, along with the brown and white signs I have grown to love that signal you are in the middle of government protected nature.  We took a walk through town at around 11pm just to see what there was and since we were some of the only people out, it seemed rather tame.  During the daytime when the tourists emerge, it’s pretty much my personal traveling nightmare.  The people who frequent the town of Gatlinburg are not the earthy types you normally find in towns that border national parks.  The clientele is more that of a traveler barely energetic enough to make it from one Ripley’s Believe It Or Not attraction to the next fudge shop prior to buying an airbrushed t-shirt.

When you get out of town, the parkway leads you straight into the park, and Rob and I were enamored with the fall color and the pristine woods.  All of it seemed even more glorious after leaving the stifling confines of a town that seems an affront to the nature that surrounds it.  We stopped at the Sugarlands Visitor Center to get a map, some directions, and a plan for the day.  We decided to drive through Cades Cove and hike to Abrams Falls. 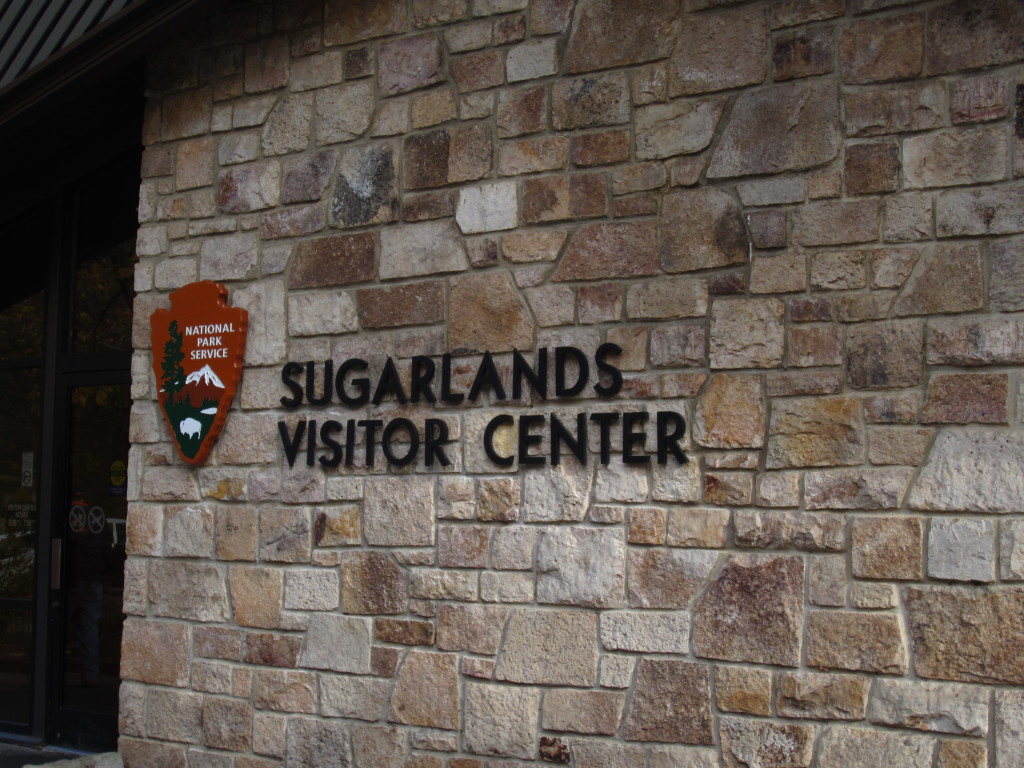 I’ve never been to Cades Cove, but a friend said I had to see it and I’m so glad she did.  The 50 minute drive to the Cove loop was an adventure in itself.  There are lots of pull-offs where you can stop and meander along the rambling river that wends its way next to the road. 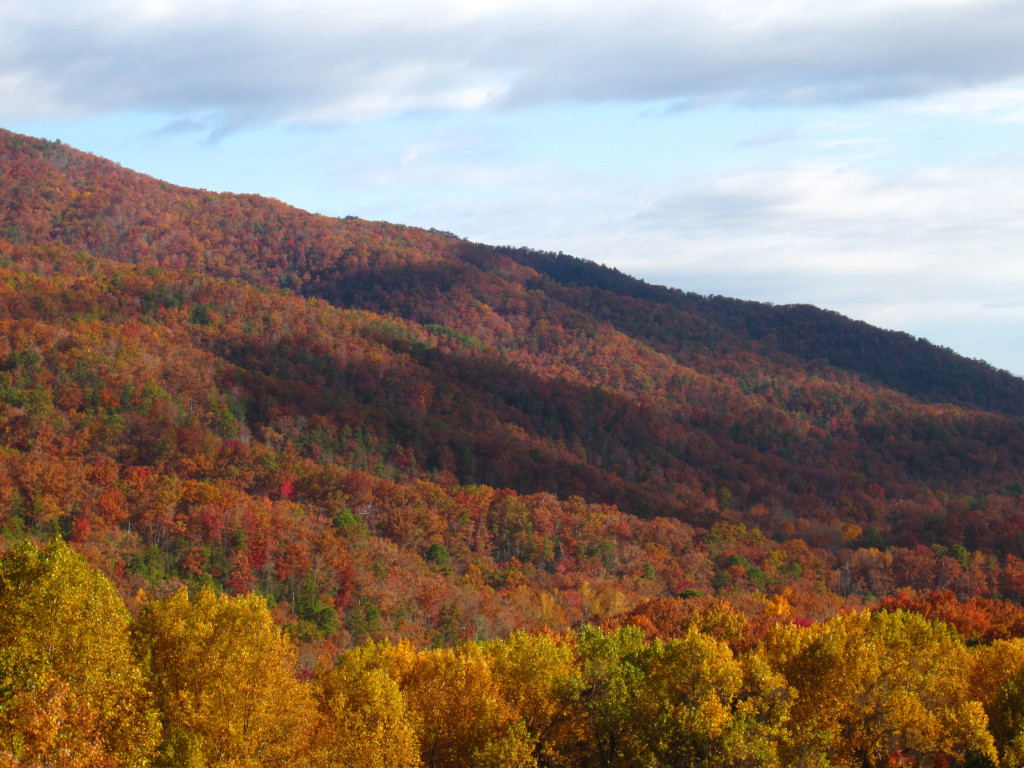 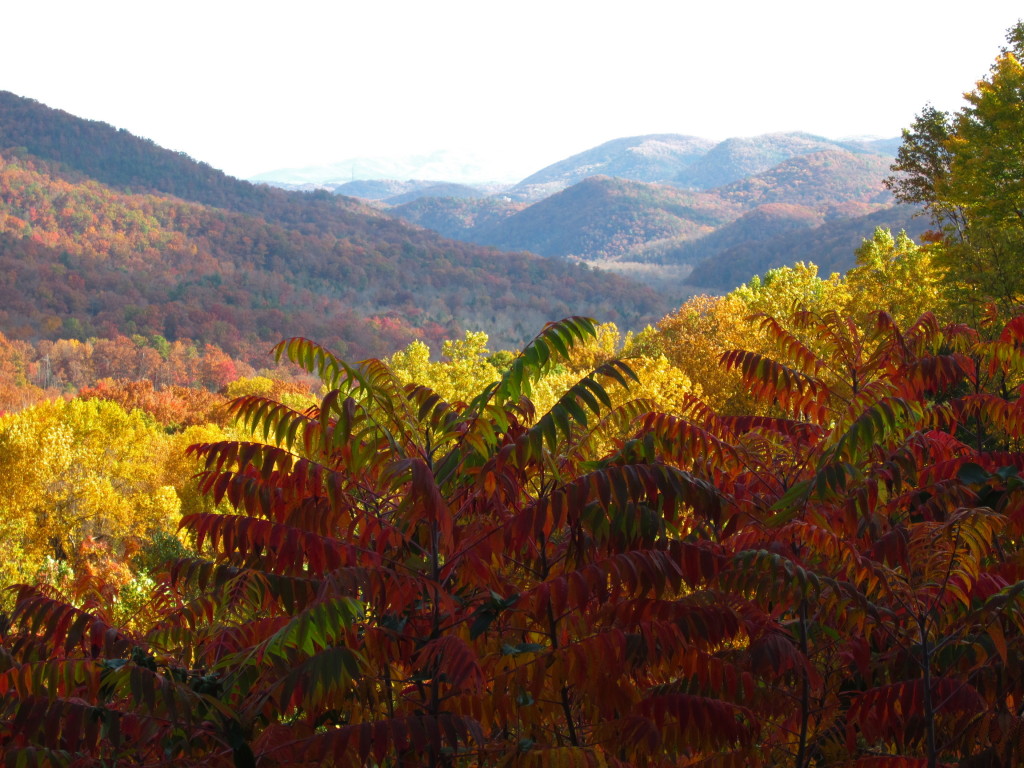 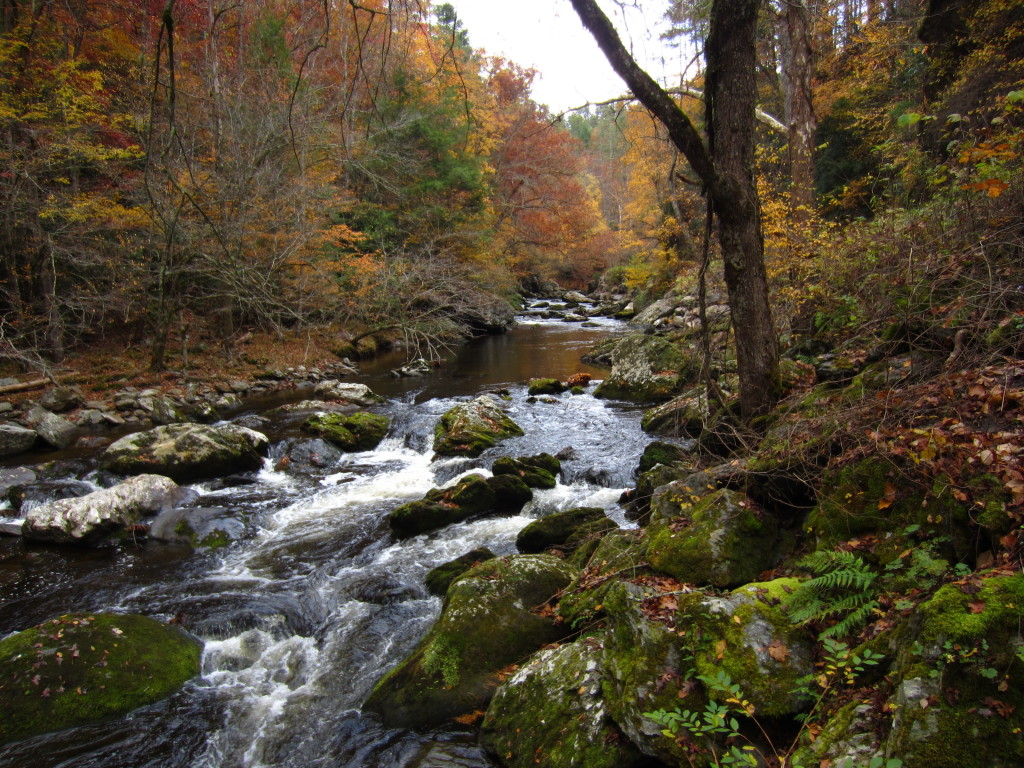 The water was rushing in chilly currents through the forest, carrying bits of gold, red, and fiery yellow leaves with it.   Green moss blinked out from the tree roots and blanketed the river rocks. 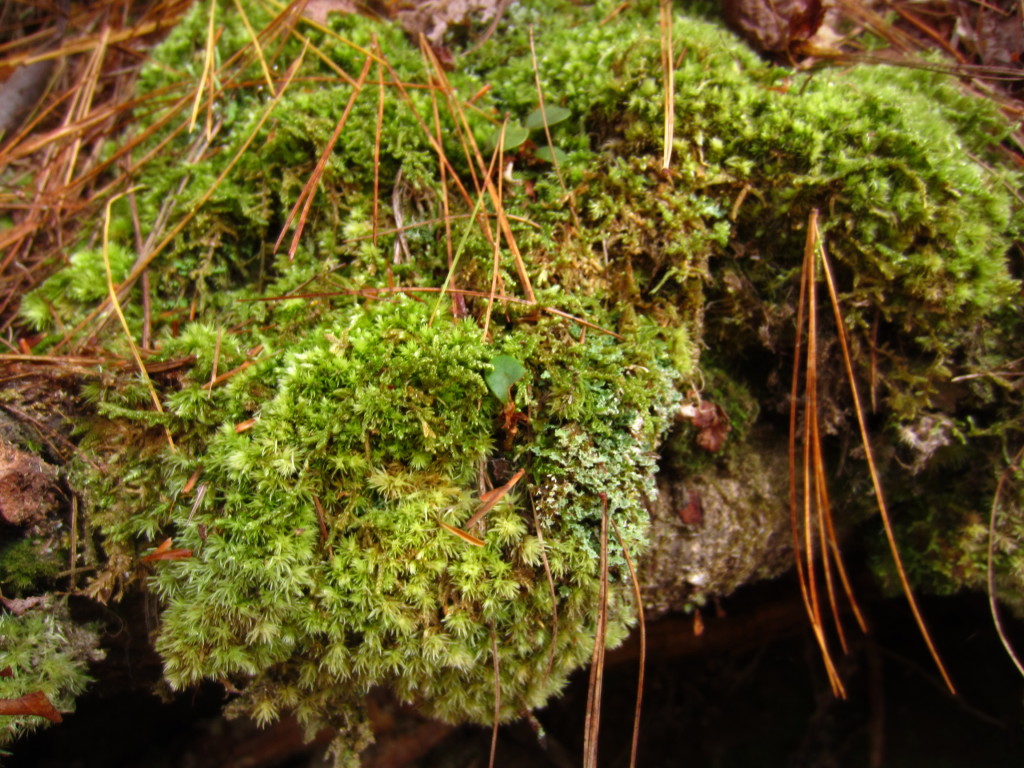 Every bend had me saying, “ooh, that’s pretty” to the point where “pretty” just sounded inane because every part of what we were seeing was simply gorgeous.  There were parts of the road where the sunlight lit the trees on fire, showcasing the brilliance of the golden leaves that were so prevalent throughout the hills.  As soon as we entered the scenic loop around Cades Cove we found ourselves in a bumper to bumper line of cars that wended its 11 mile way through an outdoor museum of sorts paying homage to the simple pioneer life of the families who lived in this portion of Appalachia. 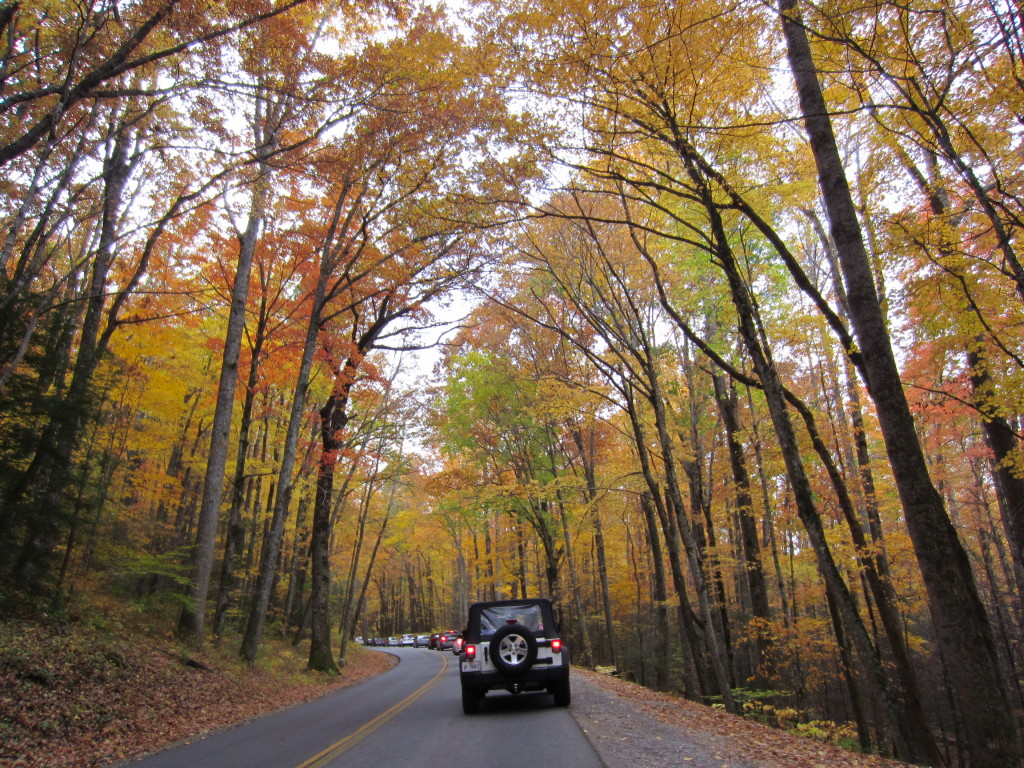 Some pre-Thanksgiving turkeys having a snack in field.  No big deal. 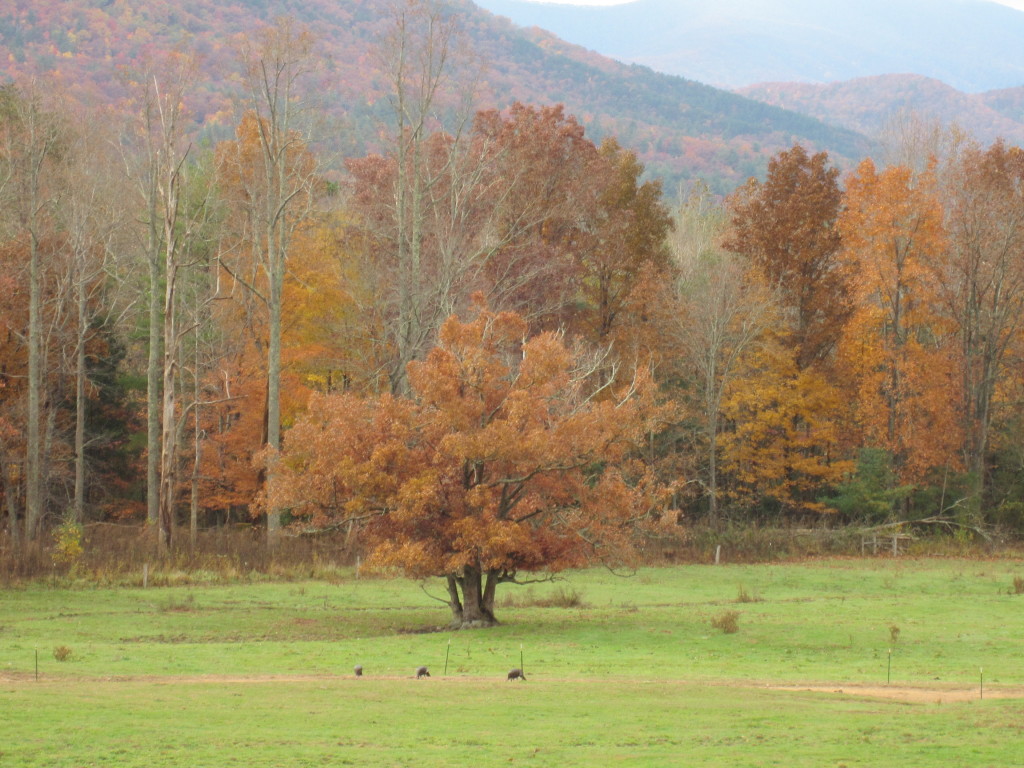 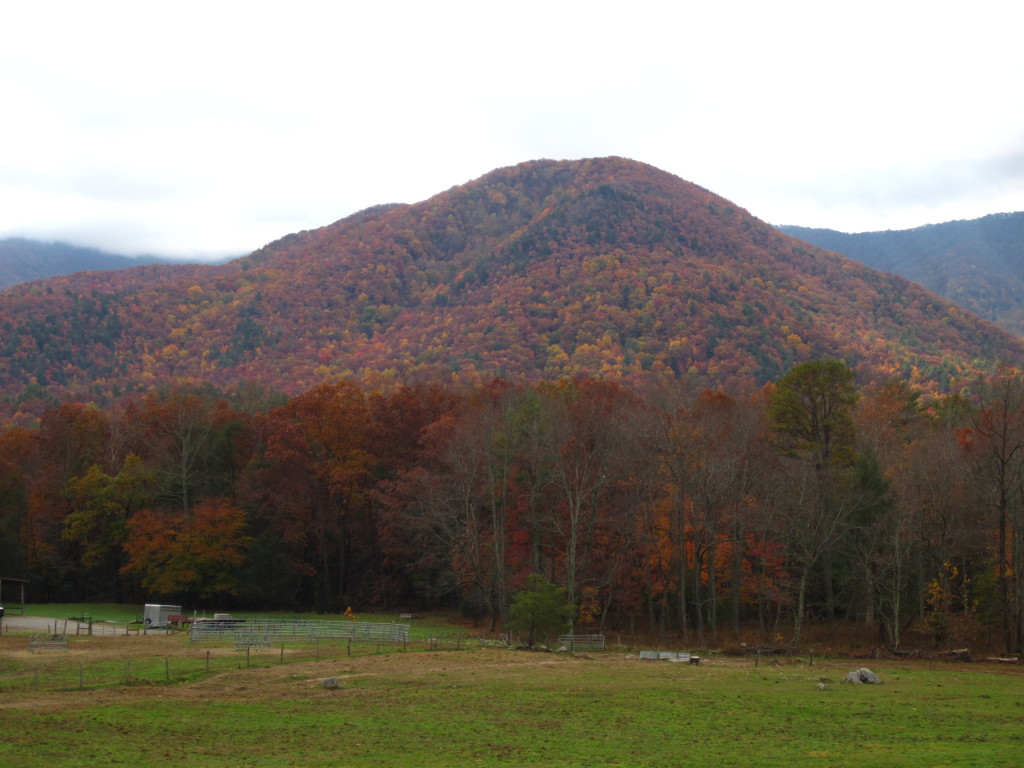 Rustic log cabins dotted the cove, along with simple churches that spoke to a time when church buildings consisted of 4 bare walls and rough hewn wooden pews.  The sound systems in today’s churches would have blown the minds of the people who once worshiped here.  The simplicity of this way of life, the self-sustaining culture that dwelt here spoke deeply to me as we drove through.  This is a simplicity I have never known. 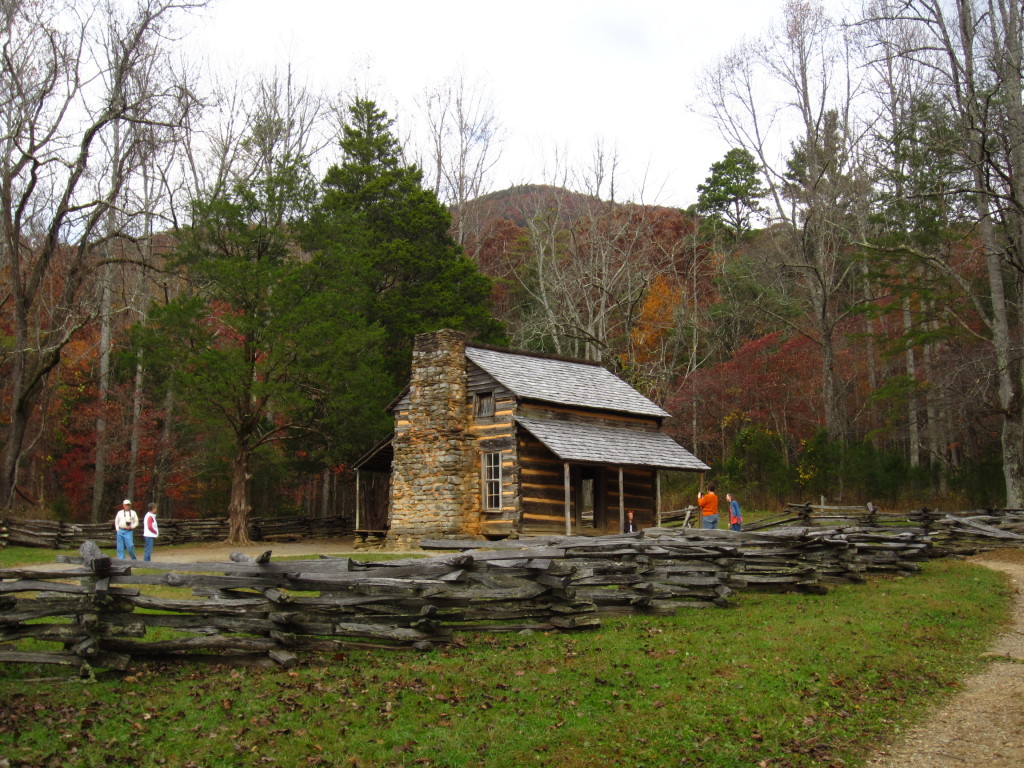 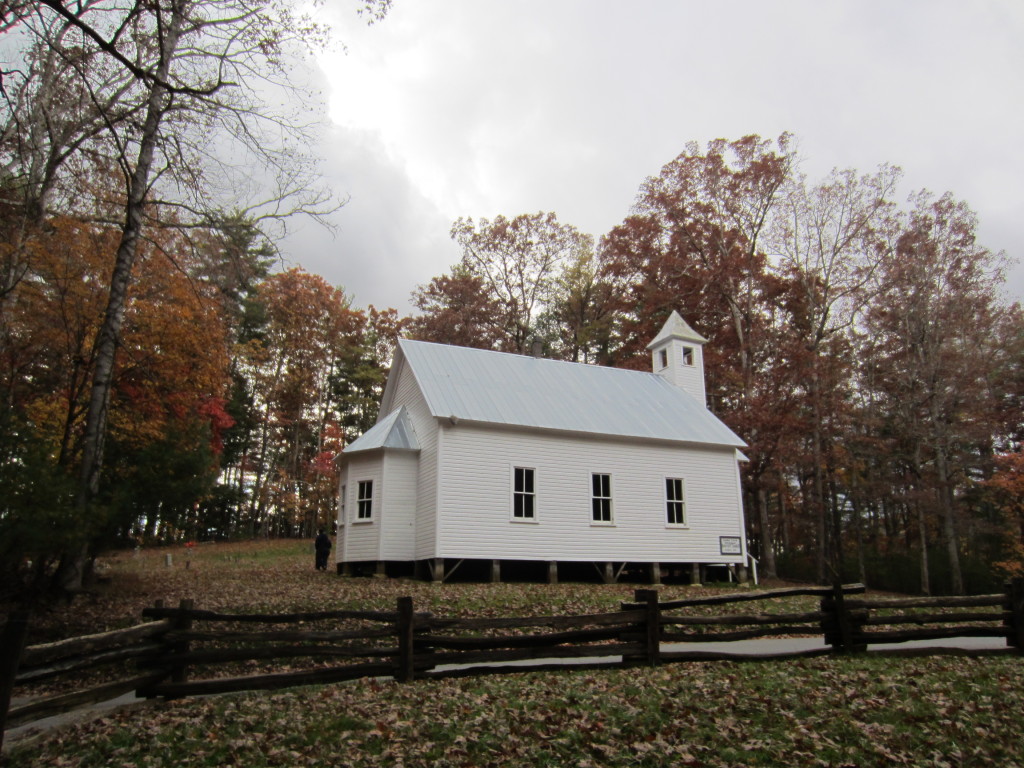 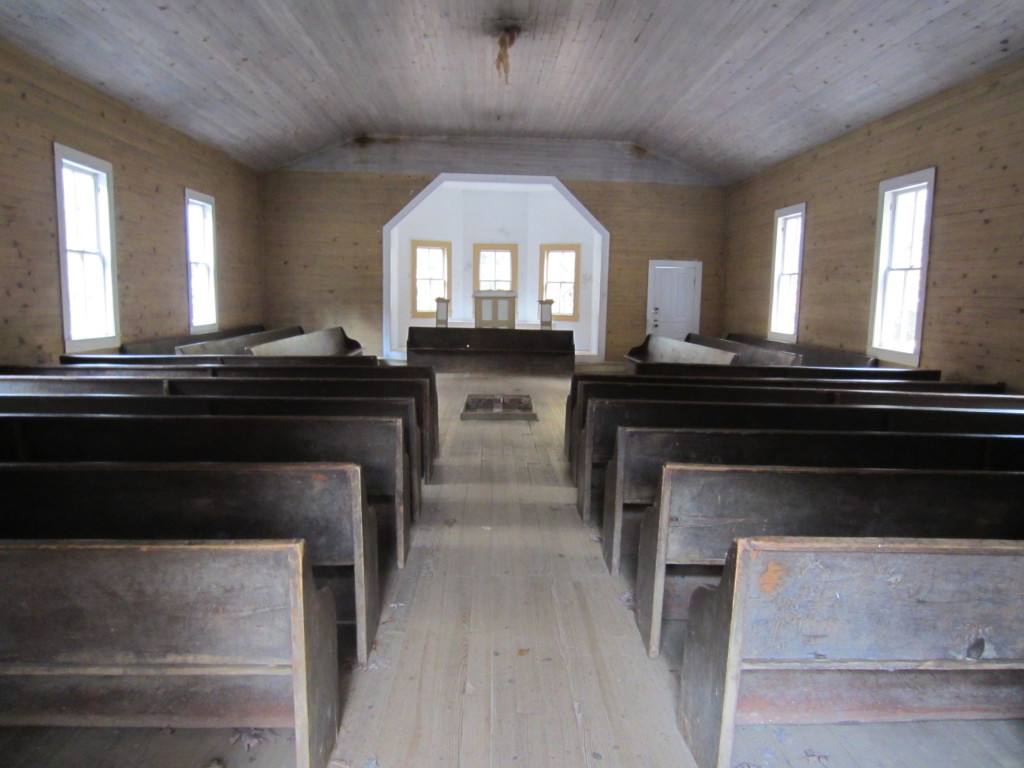 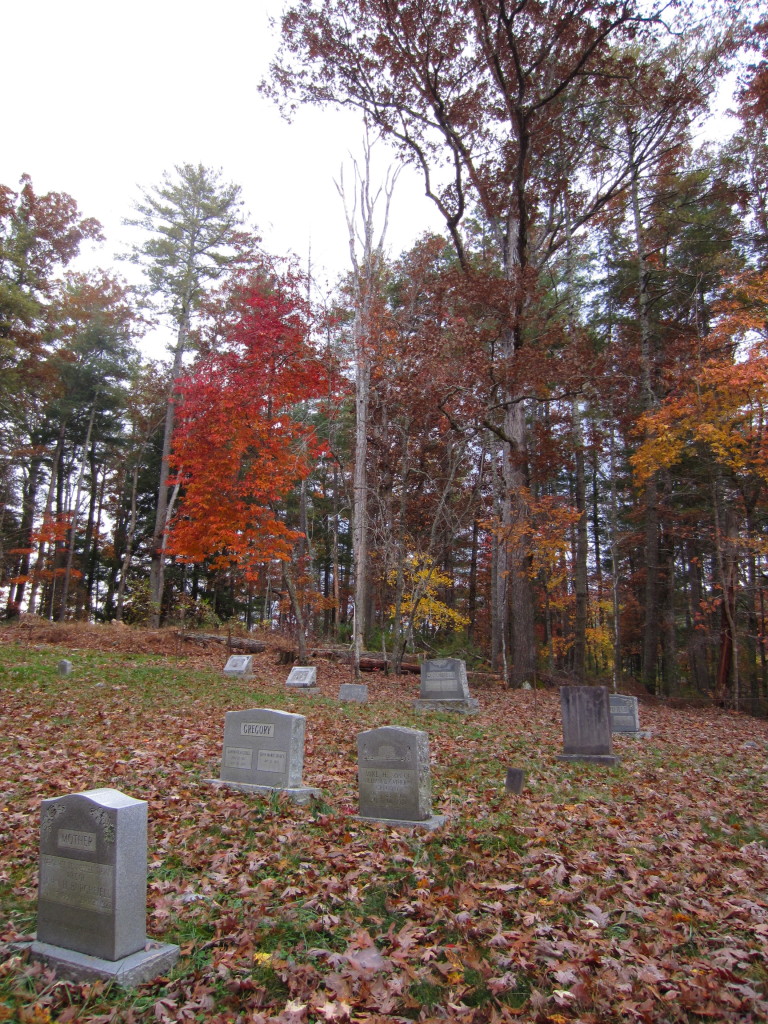 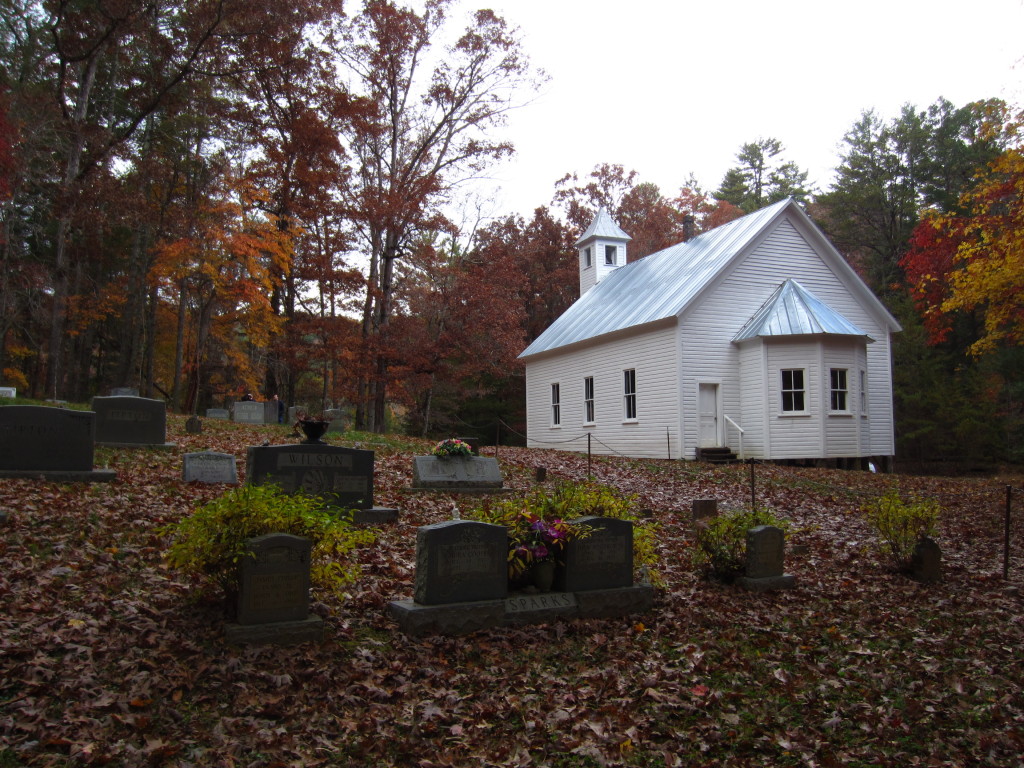 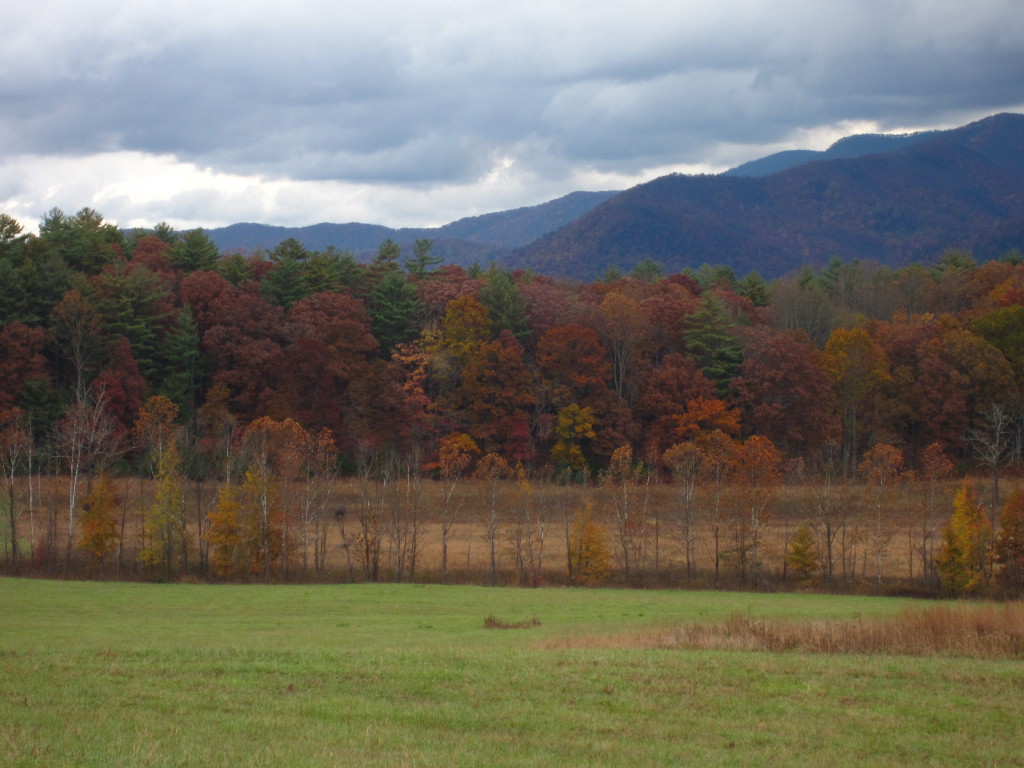 Halfway through the loop, we stopped at the Abrams Falls trail head for a 5 mile waterfall hike.  Up and down the rocky trail we walked, through rainbows of fall colors, breathing in the crisp air of the river beside us. 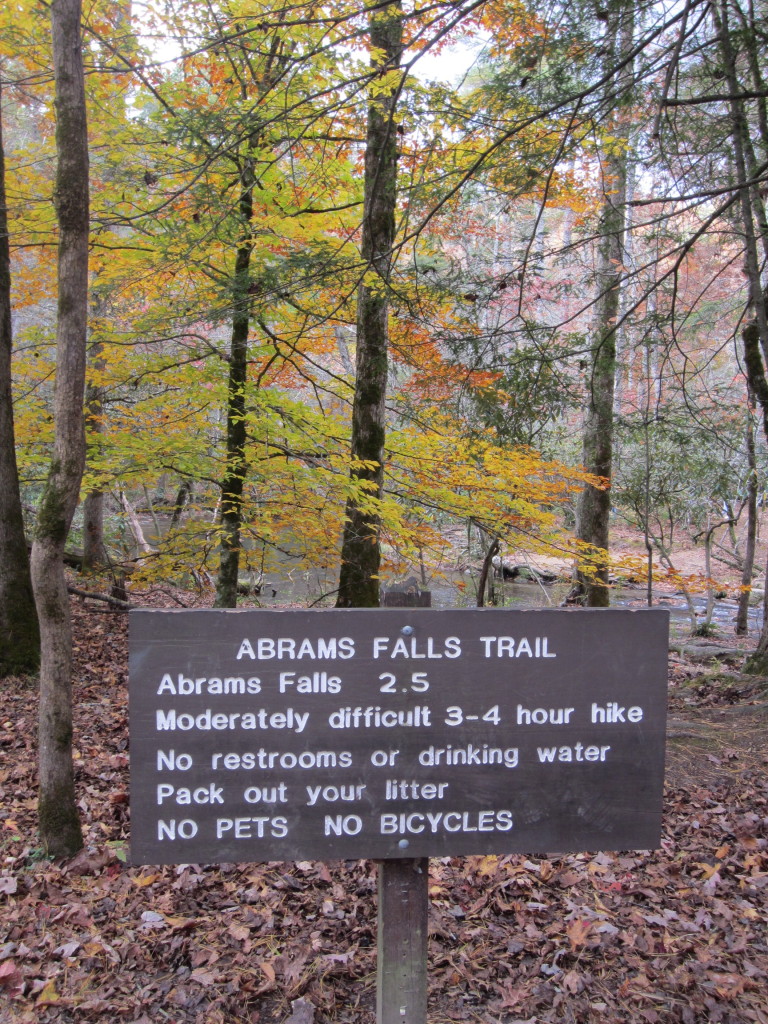 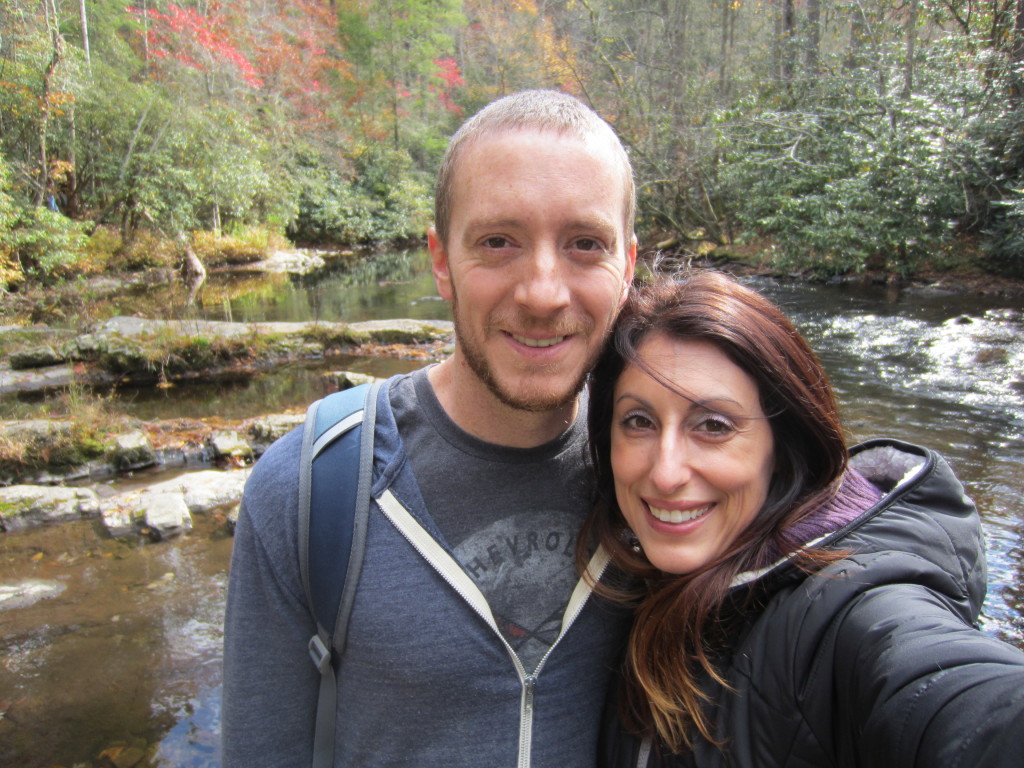 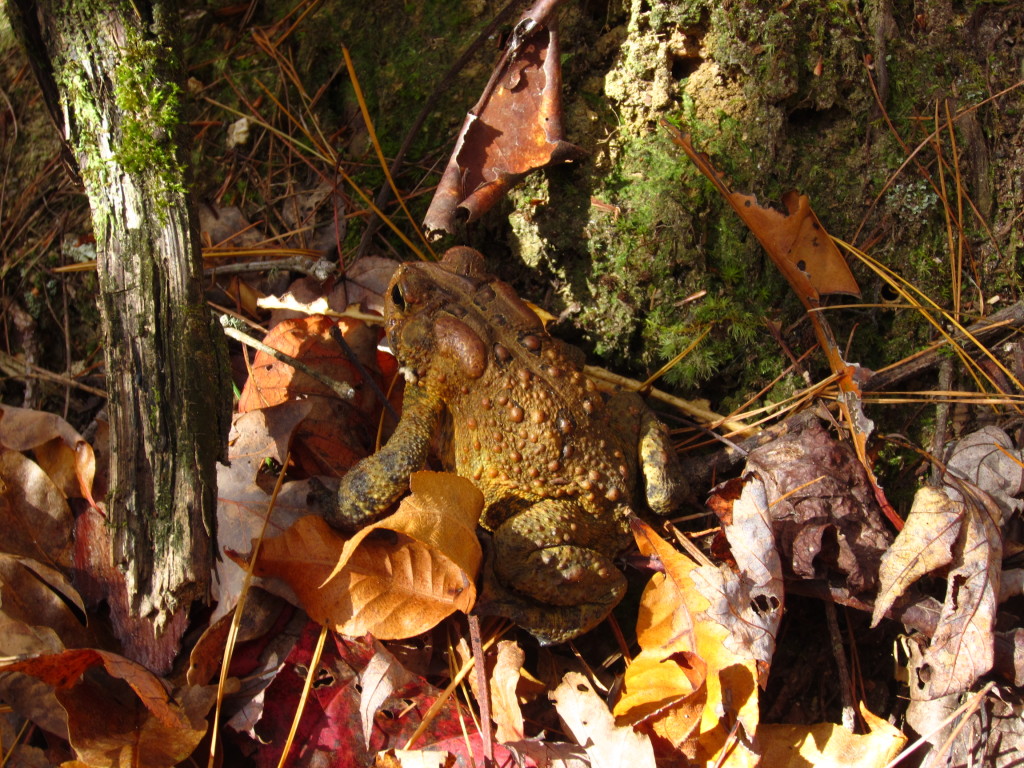 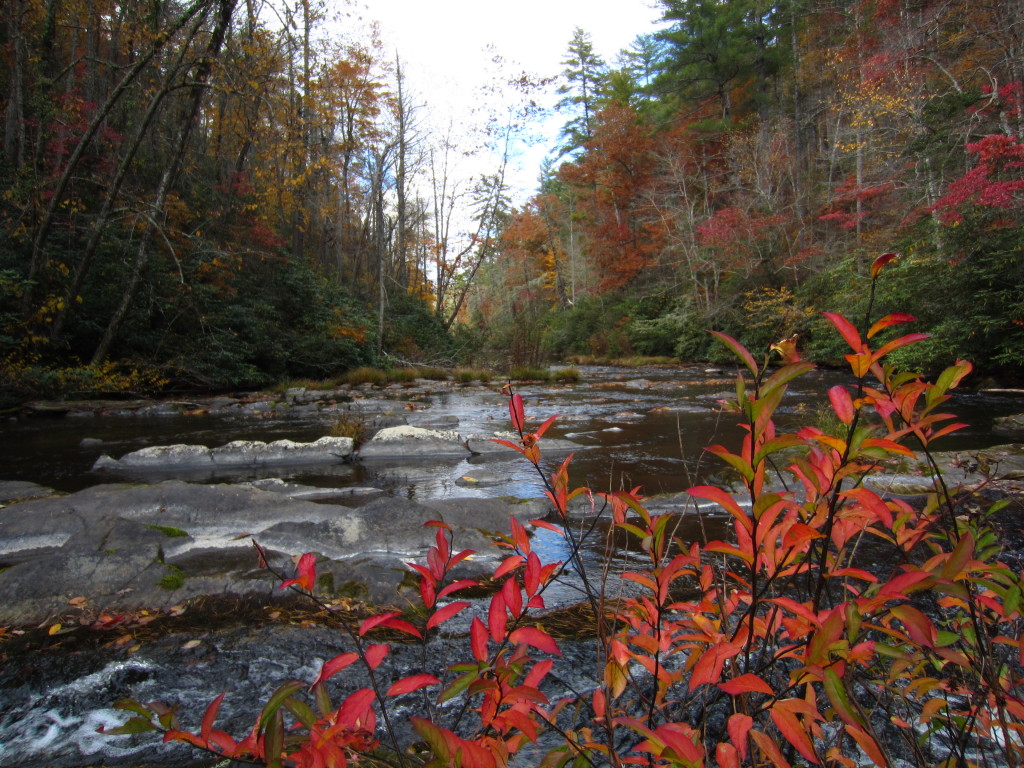 The trail was a moderate one and we enjoyed the entire walk.  Once at the falls, we were able to sit and eat some apples, watch a rainbow trout, and listen to the rushing water plummet over the rocks into a deep pool below. 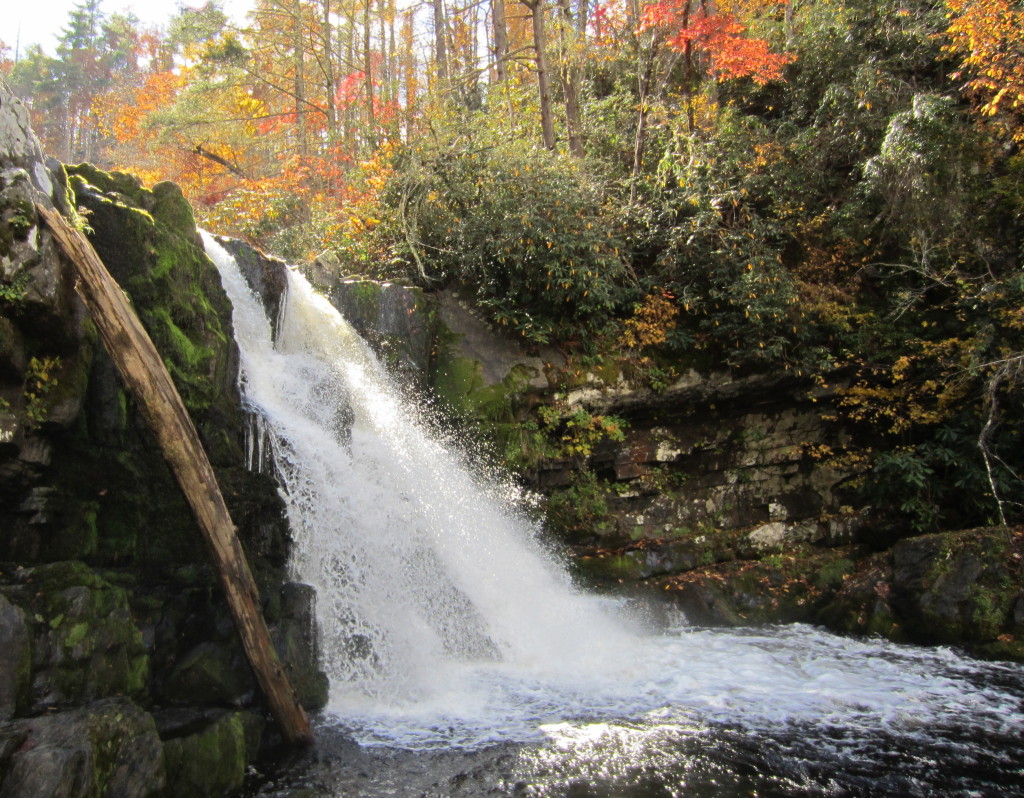 Heading back we threw our backs into the uphill climb and made the entire round trip in exactly 3 hours.  Perfect timing!  Plenty of time left to check out the Cades Cove visitors center and historic grist mill. 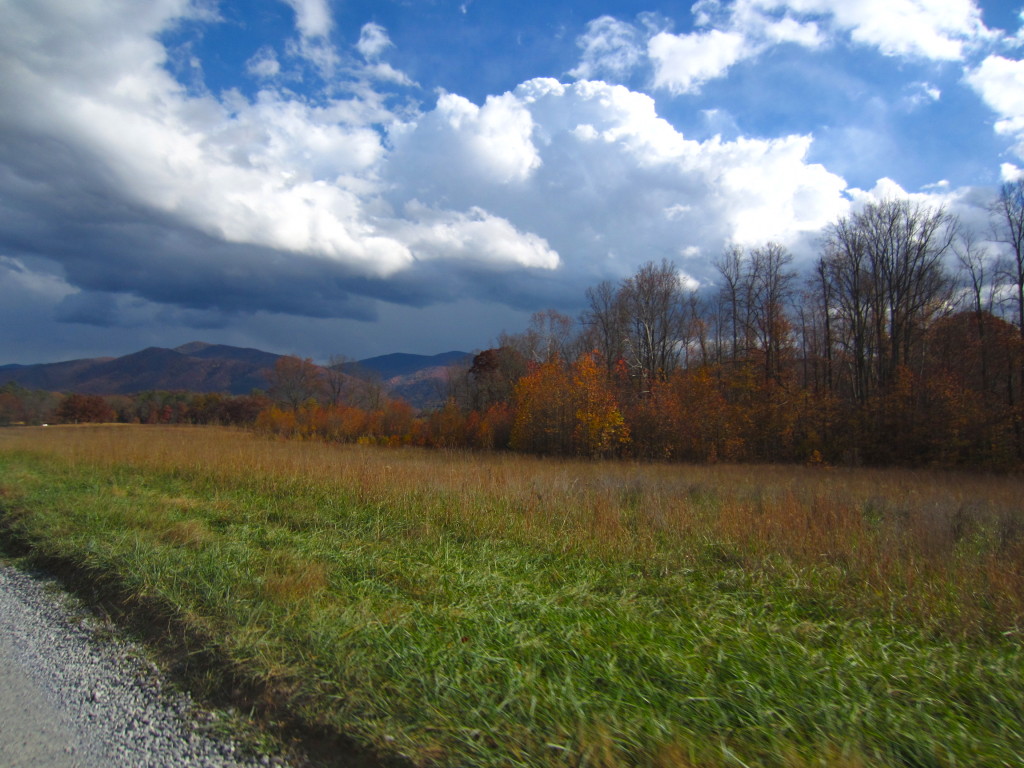 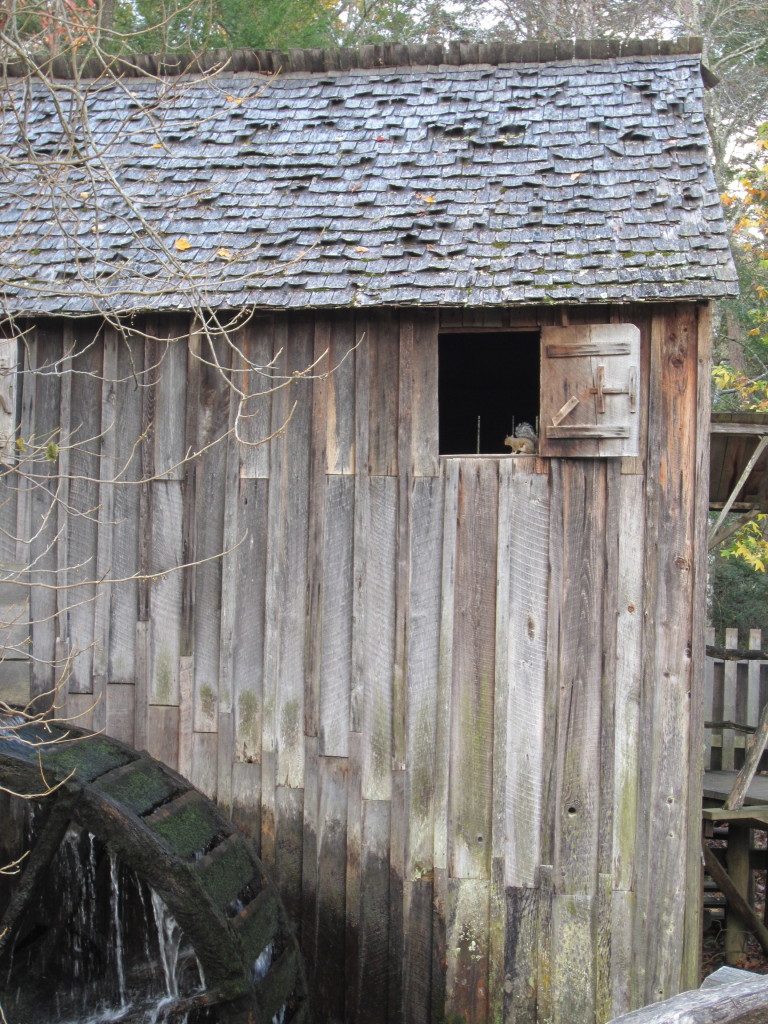 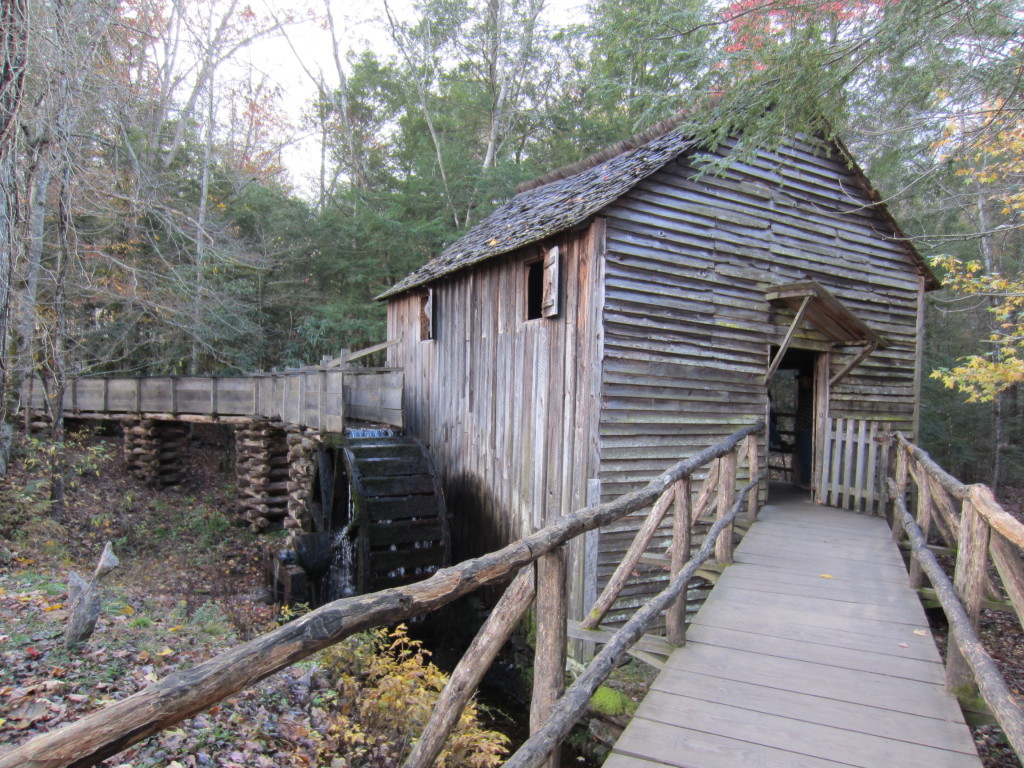 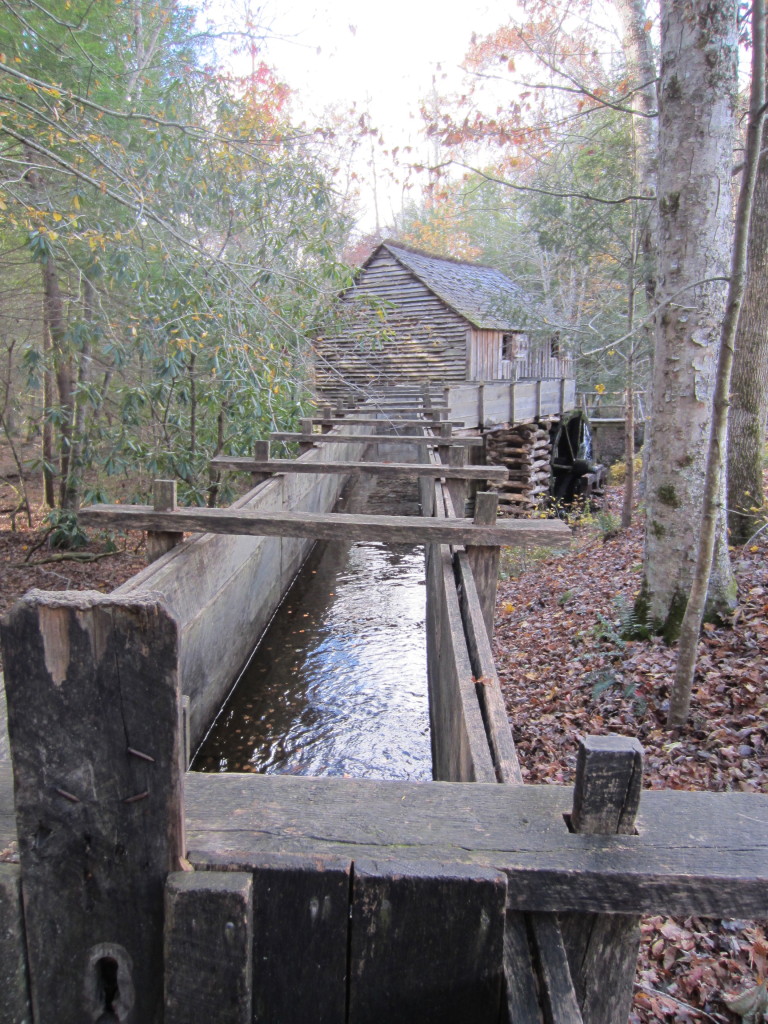 The colors of the trees stood out even deeper as the light started to fade.  We crawled along at a snail’s pace out of the cove, passing more cabins, imagining more empty fields swaying with wheat, rye, and cotton.  Coming back into Gatlinburg town was a bit of a shock to the system after being surrounded by such pure beauty the entire day, but we already had a plan for the next day that included more waterfalls.