On Saturday I had the rare opportunity to go watch Bruno Mars and his band do a sound check.  It was pretty awesome, I’m not gonna lie.  They have “sound check parties” where they sing any song that isn’t a Bruno Mars song, so they took requests from the group.  James Brown, Red Hot Chili Peppers, Beyonce (won’t tell you who that was), they even nailed Bohemian Rhapsody.  The band is incredible.  The musicianship of these guys is ridiculous on so many levels.  They wrote most of the songs on the album together, they play a show using no tracks.  Bruno played several of the instruments on the album.  They met years ago along the way and are a tight, cohesive band that would make any pop star green with envy.  They answered a question from each person in our group and by the end of the sound check we were all completely smitten like a bunch of drugged puppies.  We talked to one of the band members who co-wrote Treasure with Bruno.  He told us the day they wrote the song he had sprained his ankle and was in tons of pain and had to run to the store to get a cane when Bruno called and said he wanted to write.  Lesson learned: don’t pass up any opportunities that come your way.  We were so impressed with not just the professionalism and musical caliber, but the kindness of everyone in the camp.

Rob and I went to the show that night which was fabulous.  The entertainment factor was off the charts.  There was video, pyro, lights, and lots of dancing.  There were enough sweat-soaked, bulging muscles to make any woman pass out cold, and those guys made love to everything on that stage by the end of the night.  All of that was great, but it was the singing that blew me away. 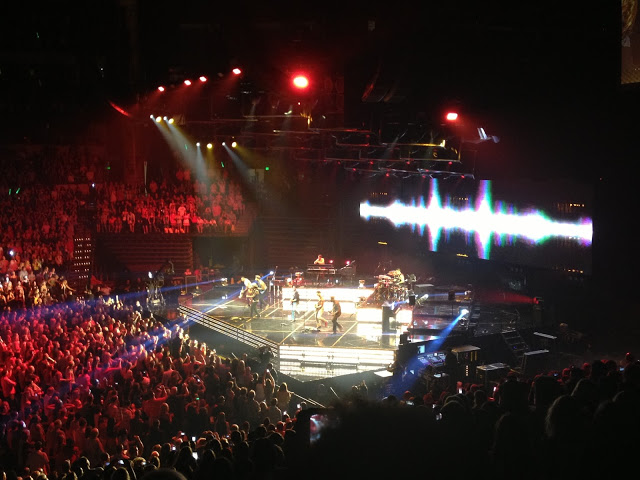 At one point in the night Rob asked me if I thought anyone would come to a show like this if it was just Bruno and the band onstage without all the technology and crazy lights.  I can safely say I believe they would.  I left that show and thought to myself, “Thank God I live in Nashville and can experience music like this.”

Which brings me to tonight.  I left the house at 7:30 and walked to the Franklin Theatre where a true icon of the 60s was playing.  Judy Collins: no fancy lights, no pyro, no video.  Just her, a 12 string guitar, and a piano. 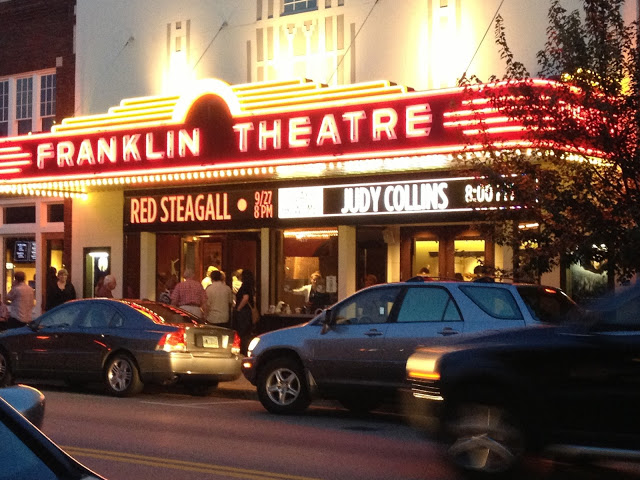 I was the youngest person in the place by at least 20 years, easy.  This willowy woman walked onto the stage with long silvery hair flowing behind her, stood at the mic, opened her mouth, and enchanted every person in the room.  She sang Both Sides Now, Joni Mitchell’s song that she sang over the phone to Judy before anyone knew her name.  She told stories, they poured out of her.  I don’t ever think I’ve been to a show where the artist talked so much, but this woman has so many stories inside of her, she can’t contain them all.  She talked about New York in the 60s, Pete Seeger, Bob Dylan, all these songwriters she used to hang with.  Her best line of the night was, “If you remember the 60s, you weren’t there.”  She talked about getting drunk with friends (a lot) and hearing Dylan writing songs in the middle of the night after a party.  She told stories, she sang snippets of songs, giving us just a taste of an old folk song, or just a sound byte of something her father sang to her when she was a girl…half the time she sang with nothing behind her, letting her voice carry the story. 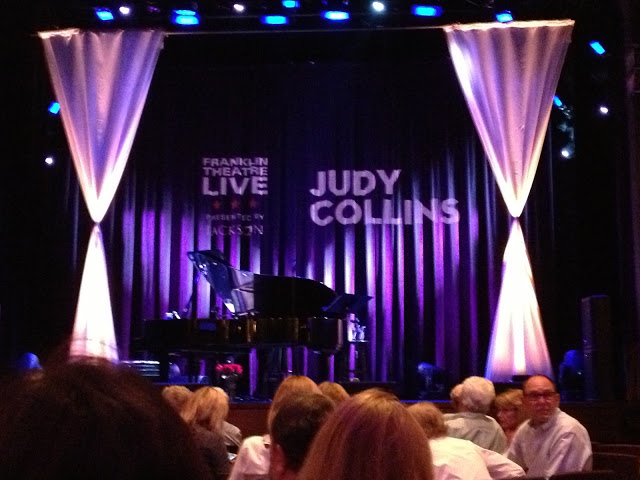 During the second half of the show she sang folk songs on the piano that made your heart cry, she stood up and sang Send In The Clowns and I nearly wept from the beauty of it.  Then she closed with Amazing Grace, no instruments, just that beautiful, melty voice, singing a hymn in the Bible belt, letting old ladies harmonize off key with her.  My heart was inspired.  I walked home through the humid summer evening so thick I practically swam through it, and once again, “Thank God I live here so I can experience music like this.” 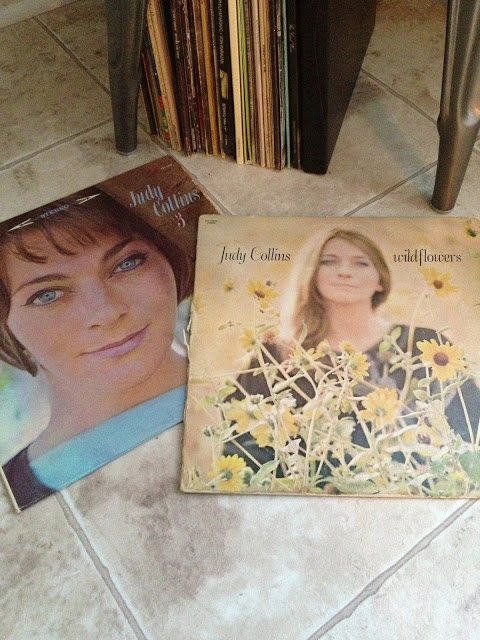 I struggle sometimes with living here because so often I feel like a fish out of water, this place doesn’t always feel like home, but the blessings I have here, the dreams that have come true for me in unexpected ways,  remind me that this is where I’m supposed to be.  I miss the water most.  I miss standing and looking out at the waves and feeling small, overwhelmed by the utter beauty of it.  I felt that same feeling when I was in the Rocky Mountains last month.  And every time I go to a concert, that feeling comes over me in the same way.  I’m a beauty junkie.  Music, scenery, flowers, lovely things touch my soul.  I think God gives me these moments because he knows I can only survive so long without them.  So even though my heart is where the ocean is, my heart is also where music is, and music is here.