I really enjoy traveling with other people because the experience is sometimes more fun when shared, but I couldn’t resist a chance to visit the city by myself and see some girlfriends.  There is now a direct Boltbus from the Riverhead Hilton Garden Inn that only costs $12 each way, which is so much cheaper than the LIRR or the Hampton Jitney.  I got to the city around 9:45 am and headed straight for the 6 train to head uptown to the Metropolitan Museum of Art.  I have loved the Met ever since the very first time I stepped foot through those massive doors.  My love affair with the Met probably began the moment I read From The Mixed Up Files of Mrs. Basil E. Frankweiler.  If you never read the story as a child, do yourself a favor and take a step back in time to catch yourself up.  After I got home tonight I found this New Yorker article that I loved about the book and the museum. 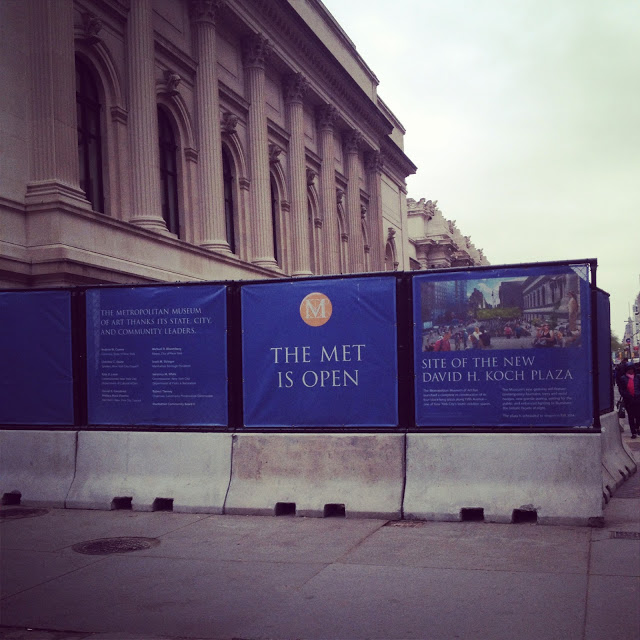 Today, there was no agenda.  I had about two and a half hours of time to wander and stumble upon whatever relics fell in my path.  I didn’t pull out the massive museum map, I simply started with Egypt and went from there.  I wandered through galleries of furniture all set up in over-sized dollhouse rooms, depicting European opulence and American primitive times.  Then came the circular room that looks like something straight out of a regency novel, except it’s Versailles and the gardens surrounding the palace.  You can stand in the middle of this room surrounded by a giant panoramic oil painting that draws you into a time past, when men were gentlemen and women dressed in finery to impress.  Every time I go to the Met and end up in this room I wish that somehow if I spun fast enough I could suddenly end up as part of the picture, like Narnia, but without the wardrobe. 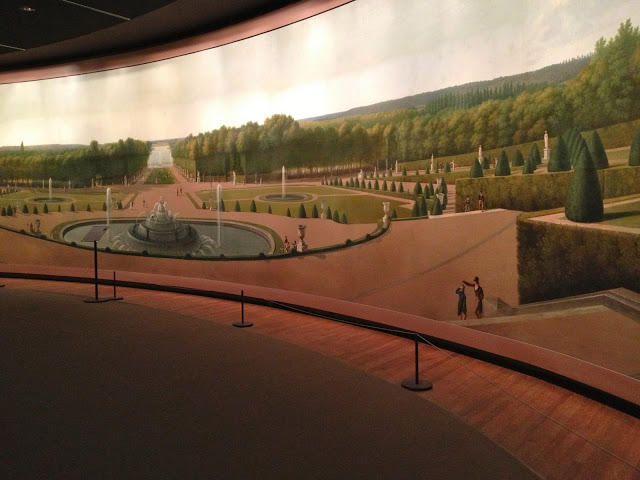 Moving on to my favorite part of the entire museum, the Tiffany galleries.  I love glass as art.  I think the light captures me.  Not so much the lamps, or even the jewelry, but the windows…they take my breath away.  For me, when I look at these windows, I see less of the picture and more of the artist.  I imagine him bending over the panes, piecing the delicate fragments together, weaving a tapestry of glass that portrays the colors seen through his inner eye.  There is a church in Franklin with Tiffany windows and it’s such a surprise to me that works by this master exist less than a mile from my home.  I lingered awhile in the gallery, walking back and forth between the pieces, ascending to the upper floors to look at the vases and then gaze down on the windows from up above. 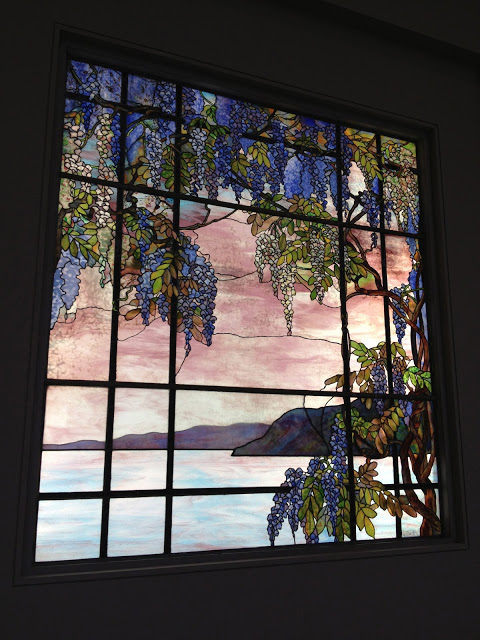 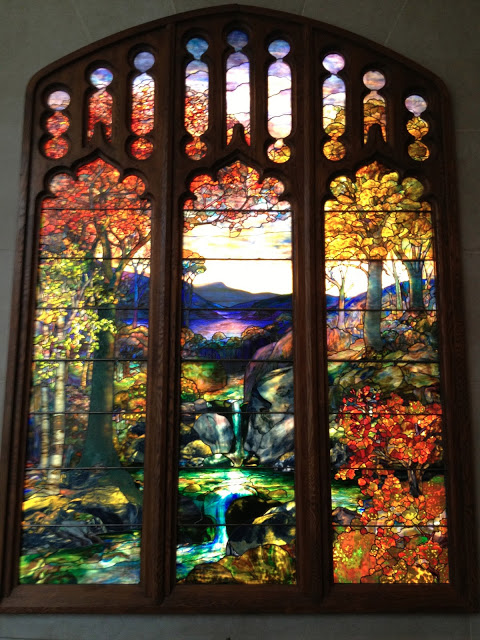 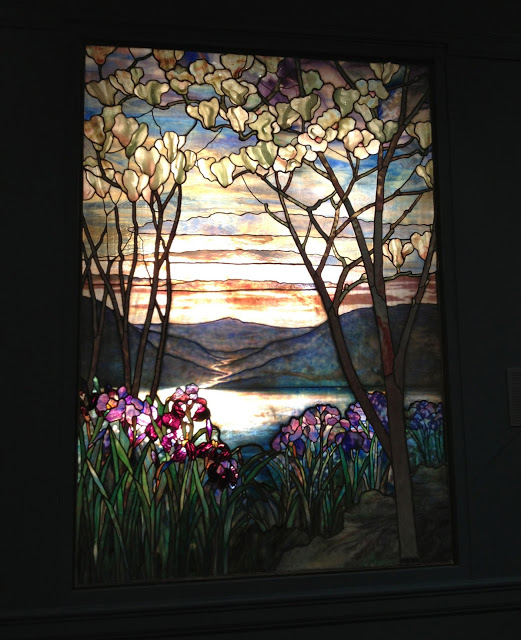 Going to the Met on a Tuesday did not entirely eliminate the crowds, but there were several times when I found myself alone in a hallway or a room, overcome by this magical feeling of being able to consume the art so selfishly.  It reminded me of a story a friend told me following her trip to Italy.  She was in an art museum over there and she rounded a corner to suddenly find herself alone in a hallway with a massive Fra Angelica piece, bringing her to tears.  There is something about being alone with these great works, as if you are standing before something so much bigger than yourself, something of such worth and value that has stood the test of time, and will continue to even after you are gone. 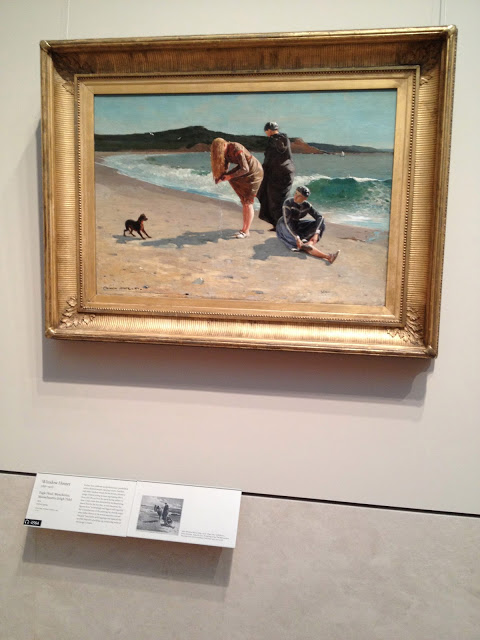 I got stuck in medieval world for a while, which I didn’t mind at all…because what girl doesn’t want to imagine some hot, sexy knight charging up on his steed, fresh from slaying a dragon or two on her behalf? 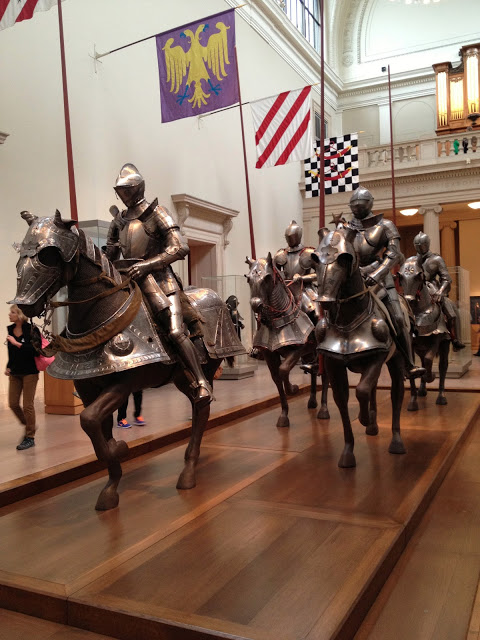 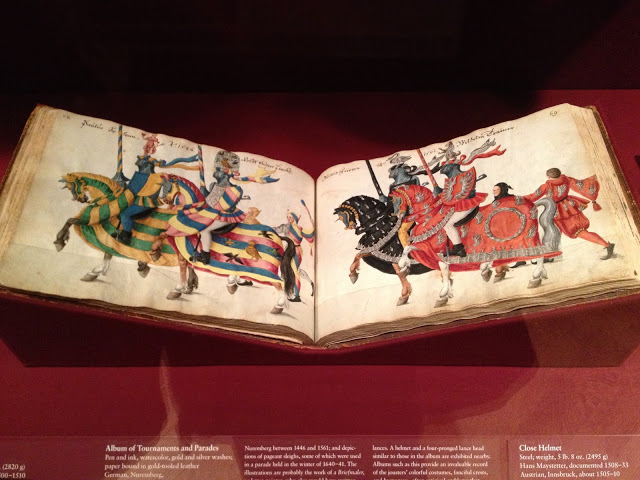 There was also a lovely exhibit of Italian instruments which were pieces of art so beautiful, it’s beyond imagination to think they were played at one time…and whose were the fingers that touched the strings?  Whose ears heard their melody? 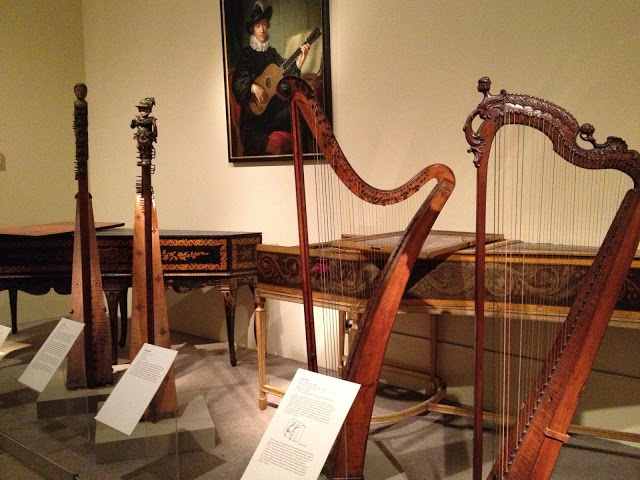 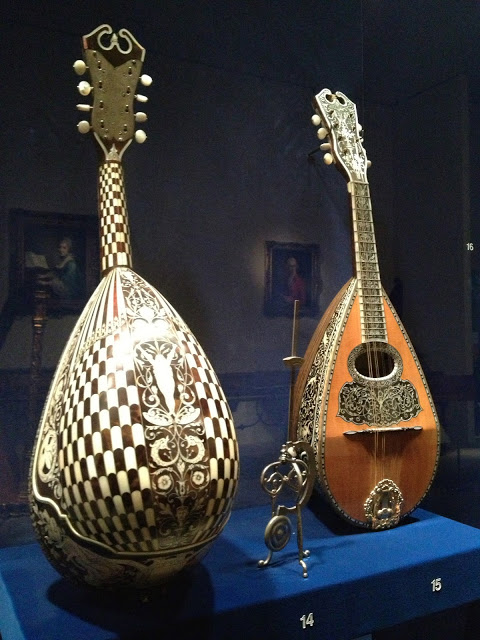 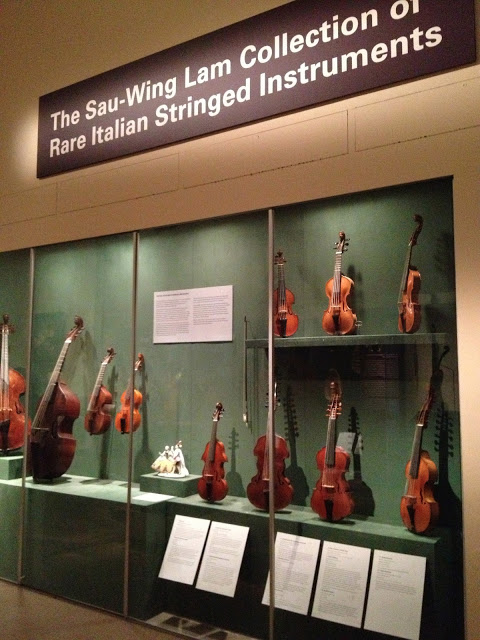 After the museum, I headed back downtown to The Fig & Olive for lunch with my Women You Should Know girls.  We spent a couple of hours eating amazing food while trying to solve the mysteries of life.  Every woman should have friends she can do that with.  I would die without my girlfriends.  The women in my life blow me away with their talent, grace, humor, and straight up awesomeness.  I feel so incredibly rich.

I had an hour and a half to spare before meeting another girlfriend for dinner, so I headed to St. Patrick’s Cathedral.  I didn’t grow up Catholic, but I love the sacred spaces that are Catholic churches.  The inside of St. Pat’s is currently being supported by a skeleton of scaffolding as they renovate the inside of the cathedral.  As I made my way around the perimeter of the church, the sounds of construction reverberated throughout the building.  Drills, saws, and hammering broke through the veil of quiet murmurs that usually fills the sanctuary.  Candles were lit, knees were bent in prayer, the homeless sat in the pews for a much needed rest, and fingers were dipped in holy water before exiting the massive doors. 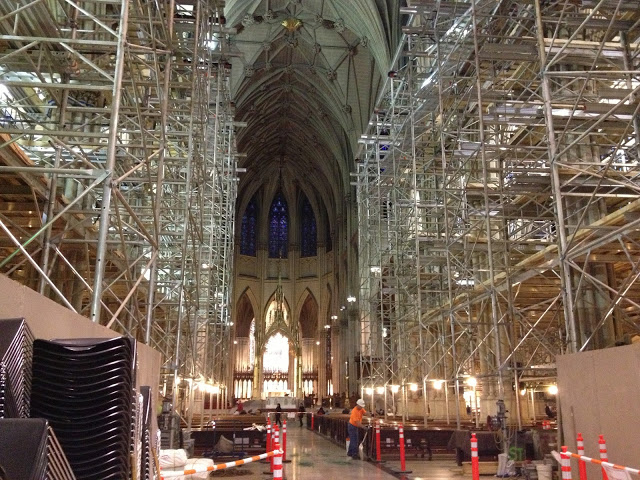 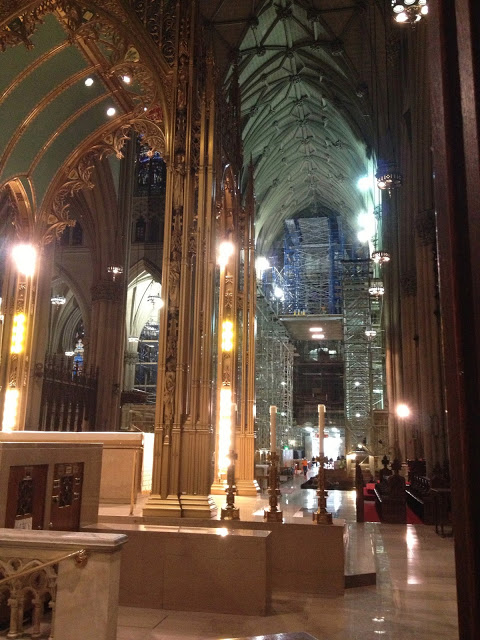 I headed across the street to Rockefeller Center, which currently has a Human Nature exhibit on display.  Whatever you do, do not come to NYC with the sole intent of seeing this thing.  It’s basically Stonehenge, but with torsos.  I wish Rock Center kept the ice rink all year round.  Even in the summer, I look over the walls with the anticipation of seeing people skating in wobbly circles. 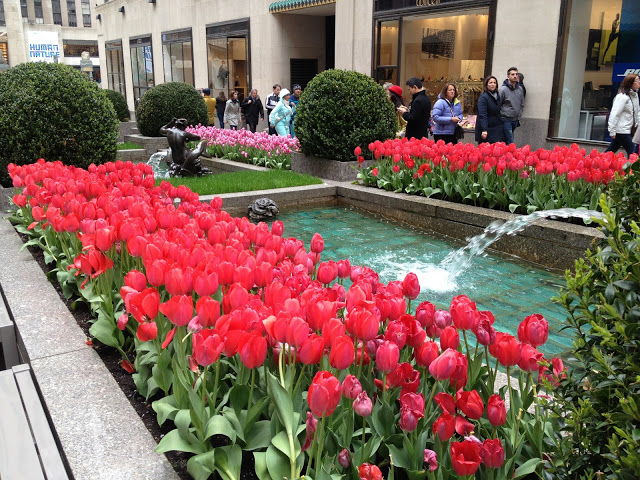 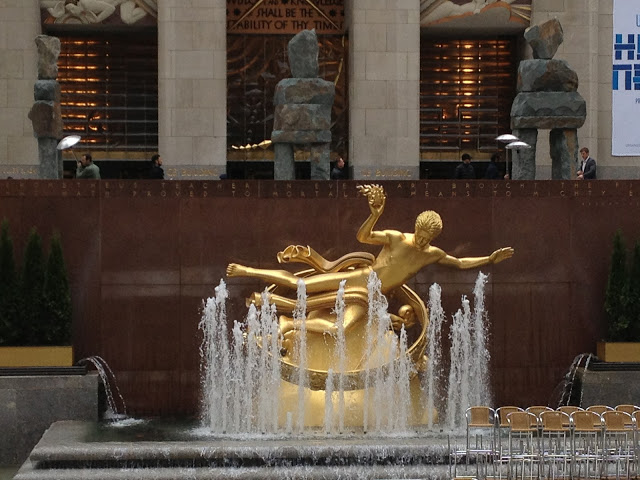 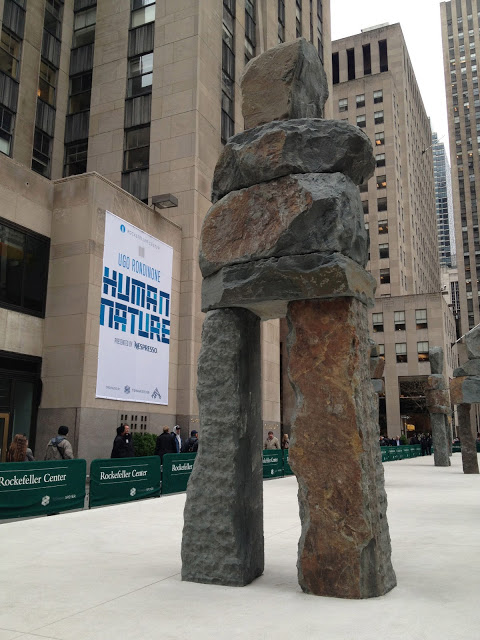 After meeting another girlfriend for dinner, I boarded the bus heading back east.  I love New York, but I’m no city girl.  I need open spaces to survive, and even as I walked beside Central Park looking out at the spent daffodils under the trees, I was keenly aware of the buildings lining the other side of the street.  I think this is why I miss the water so desperately when I’m in Tennessee, the wide open spaces open up my mind in a way woods and rivers and city streets cannot.  The day was relaxed and being alone in the big city for awhile was a confidence builder.  Even my directionally impaired self was able to manage the subway and the grid without getting lost, and I noticed more by being alone.  New York will always have a piece of my heart.