So, I’m Italian.  People are never sure.  Here in the south, some are easily confused by anyone who isn’t blonde with blue-eyes, so I hear a lot of things.  Are you: Greek, Egyptian, Spanish, Mexican, Arab…?  Or my favorite, “Where are you from?”  New York.  “Yes, but where are you from?”  It’s a major pet peeve of mine.  Home on Long Island, this never happens.  I blend in with the rest of the Italian population, and if someone’s blonde, people assume it’s not natural.  When I went to Italy several years ago, my identity crisis came to an end.  I looked like EVERYONE else and it was amazing, that sense of not being out of place.  The people were so much fun, I mean, they had exuberant joy and smiled and said “Ciao, bella!” and gave us free wine and pasta.  Ah, pasta.  Which brings us to today.  Being Italian, it seems wrong to not at least try making my own pasta every now and then, and let me tell you, it has been a blast.

There is a man named Bill who I met in Italian class.  The recipe that I used for Asparagus Ravioli is his, which you can also learn how to make if you attend one of his classes.  Bill is going to Italy for the month of July to teach Americans how to cook.  That’s right, an American is going over to Italy to teach other Americans how to cook Italian food.  Following this stint of bliss in Tuscany, Bill will return to Franklin and begin teaching cooking classes to us non-Mediterranean locals under the moniker of “The Cook.” His first class will take place on August 10th at Stoney Creek Farm in Franklin, TN.  For more information on upcoming classes, you can email Bill at Bill@The-Cook.me.

To get started I mixed some flour, semolina, and salt to make a well for some eggs which would all be blended to form the dough for the pasta. 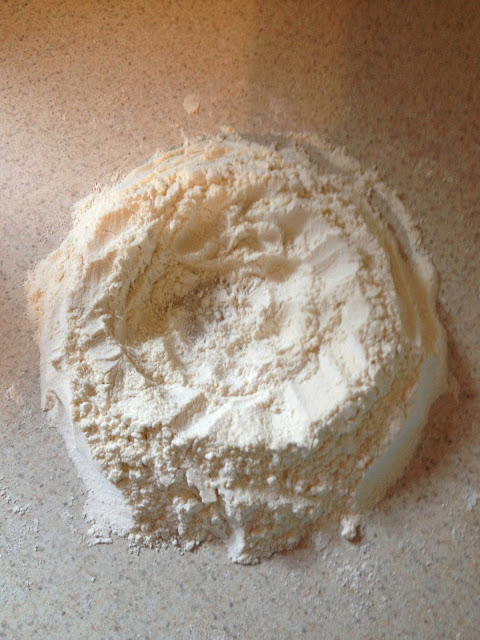 Ok, so the well was a little shallow, but we fixed it. 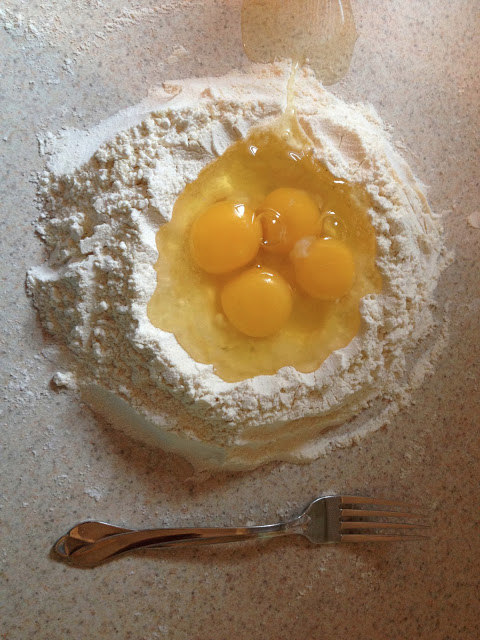 Rob helped me out.  We had a blast!  It was a party with some whiskey and ginger to help things along. 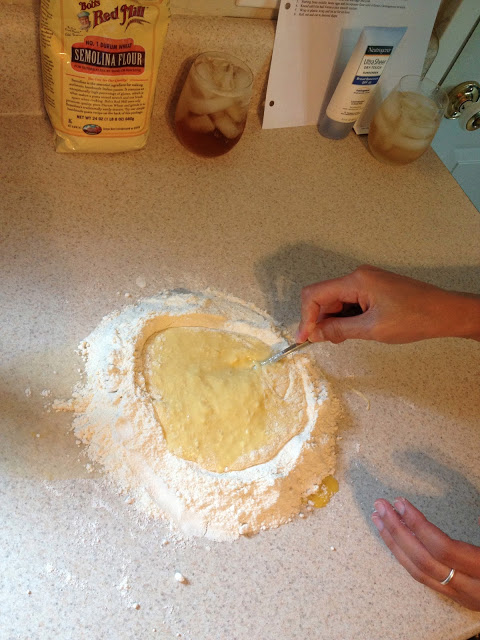 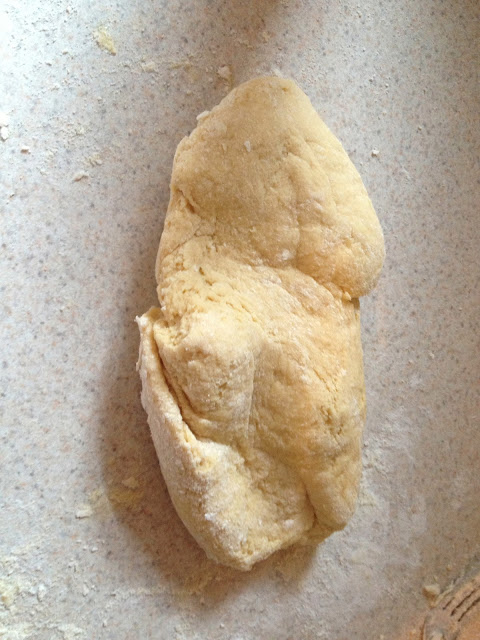 While the dough sat in the fridge for a while getting all gluten-y, we prepared the filling, which consisted of asparagus, onion, ricotta, other Italian cheeses, and some nutmeg. 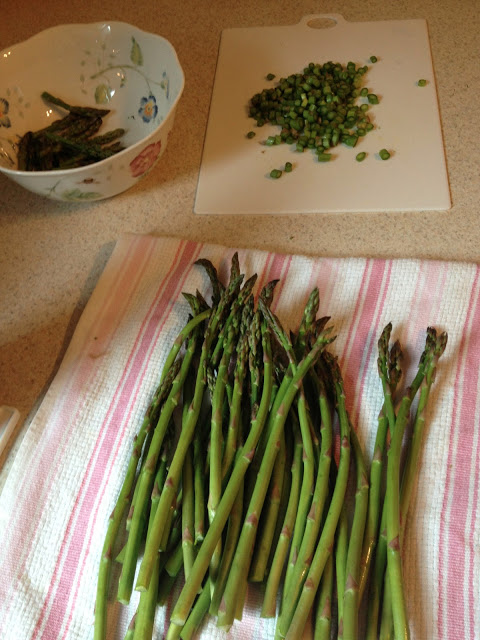 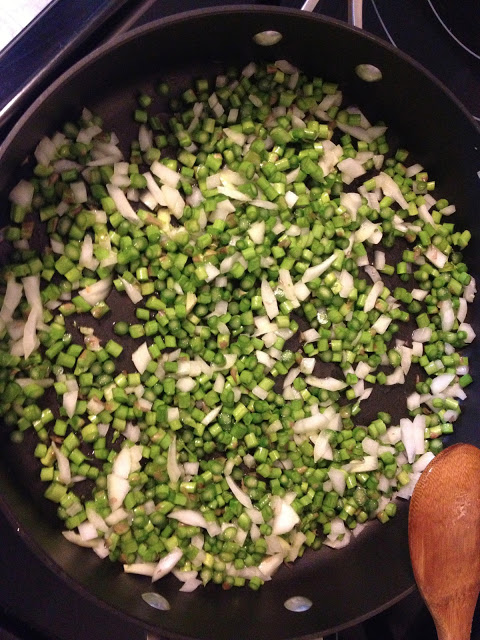 Tools on hand included a ravioli maker and a lovely pink Kitchenaid mixer with a pasta roller attached.   Ladies, this is why you get all the appliances before you get married. 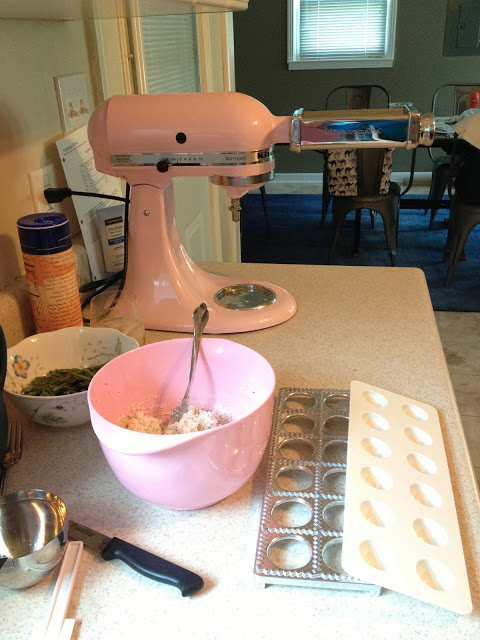 I was terribly excited to realize that the pasta attachments for the Kitchenaid mixers are made in Italy!  I mean, why not go to the experts when creating a product?  The dough goes through the rollers to form thin sheets which serve as the top and bottom layers of the ravioli. 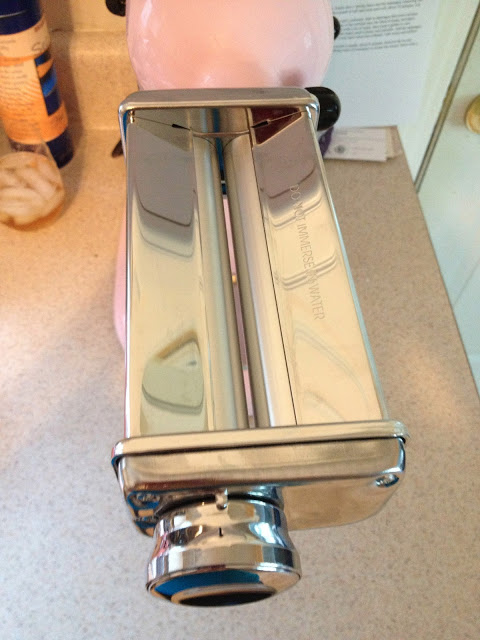 The filling was added to a Ziploc bag with a corner cut off for easy filling of the little cheese wells. 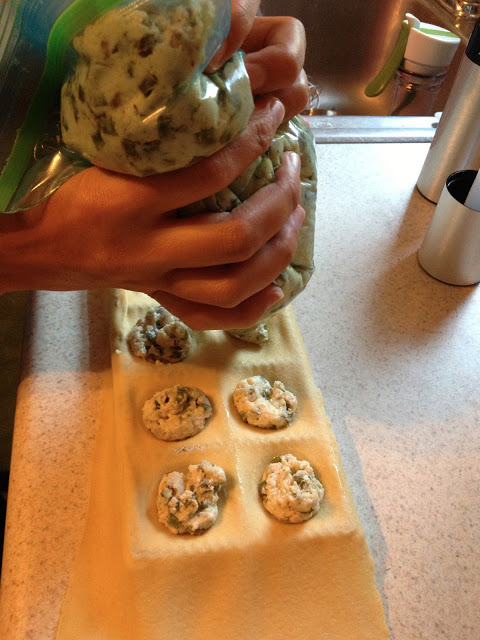 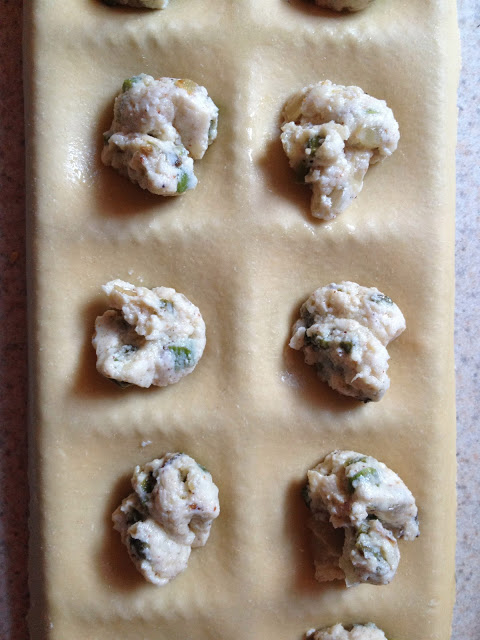 Another sheet of pasta was added to the top of the filled ravioli.  Here you can see manly Rob expertly using the pretty pink Kitchenaid. 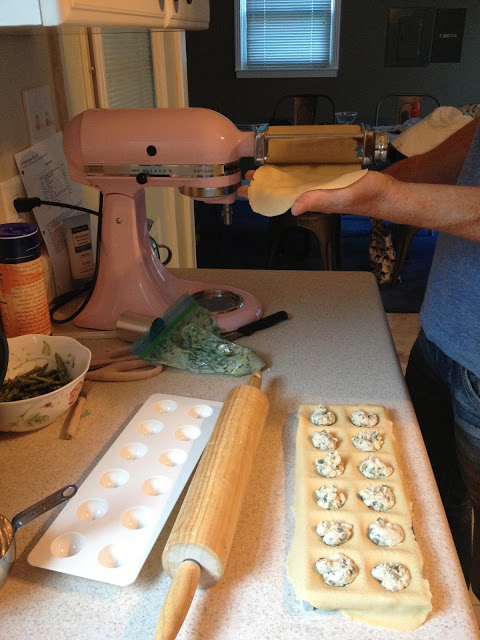 The top layer is added and a rolling pin is used to press the dough into the mold to form the shape of the ravioli. 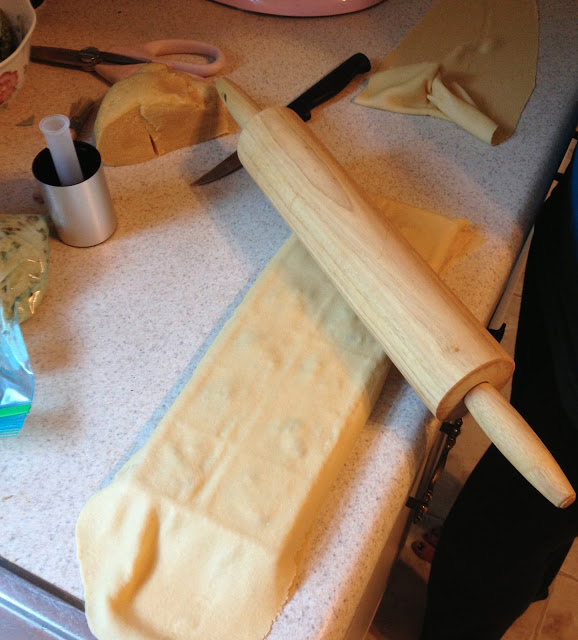 This is what we ended up with.  Don’t they look professional?! 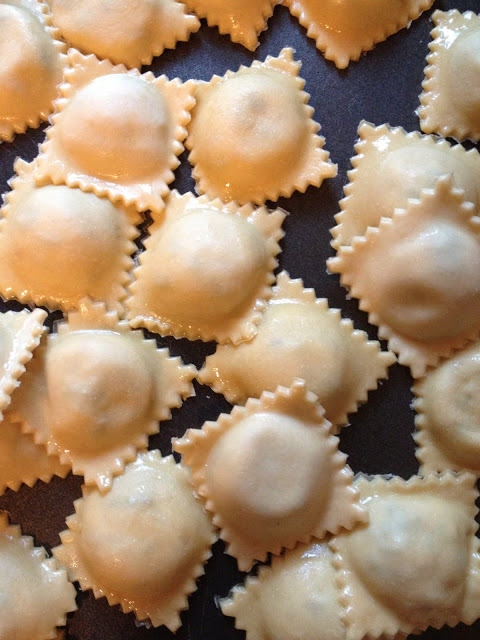 We made a simple butter-cream sauce with the remaining asparagus spears and boiled the pasta for about 5 minutes until it was tender. 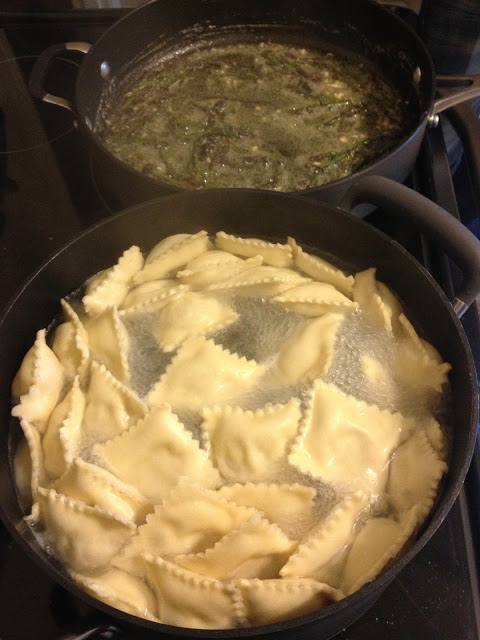 Buon appetite!  These were absolutely delicious in every way.  When we were finished Rob looked down at his plate forlornly and said, “I’m so sad that’s over.”  Me too.  Until the next pasta adventure… 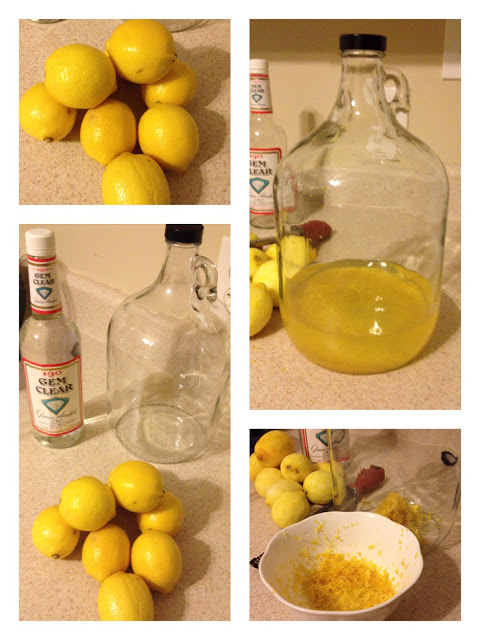 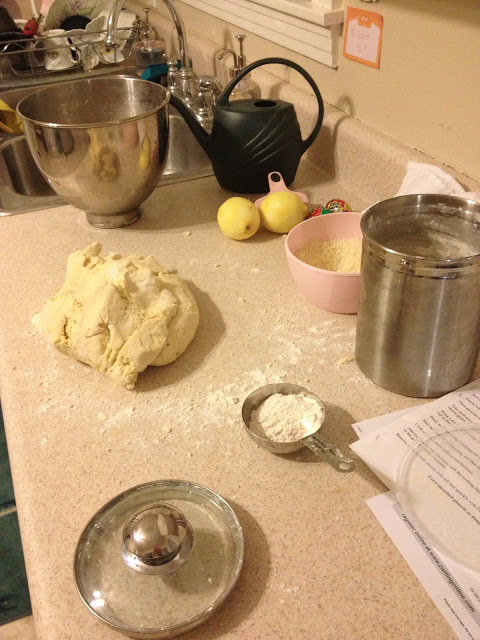 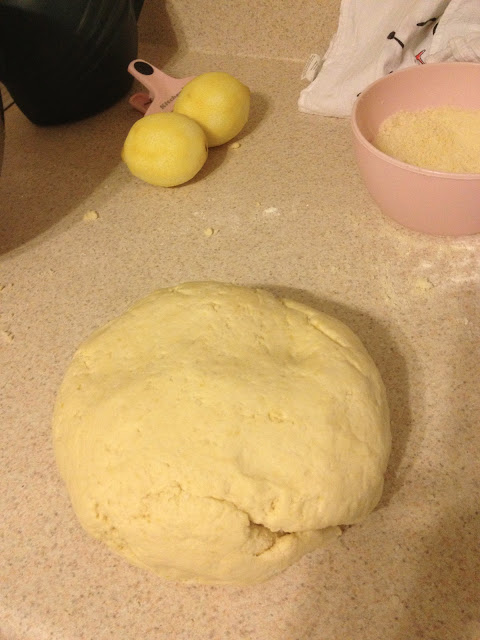 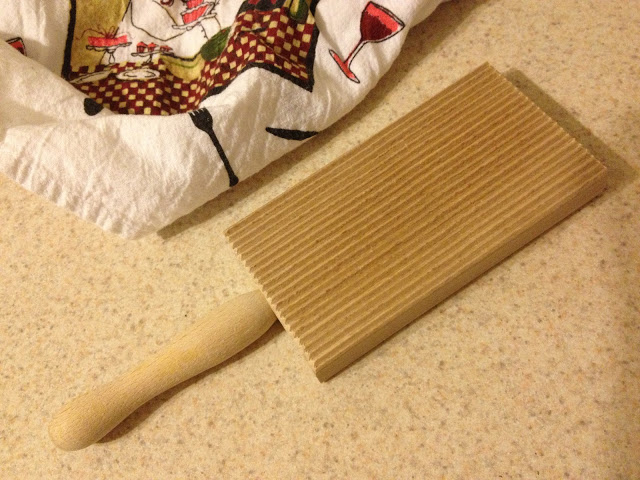 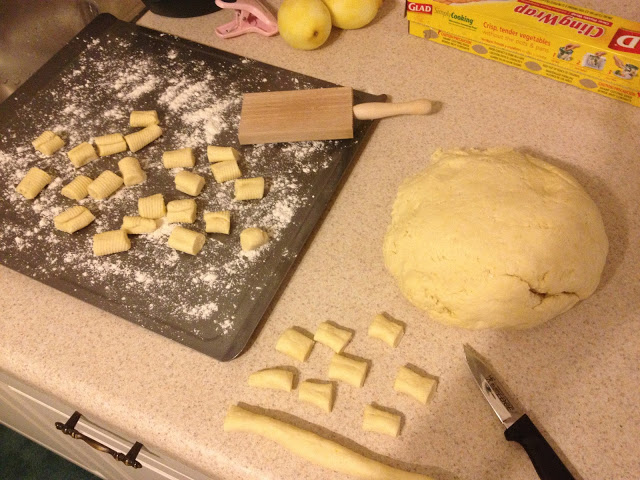 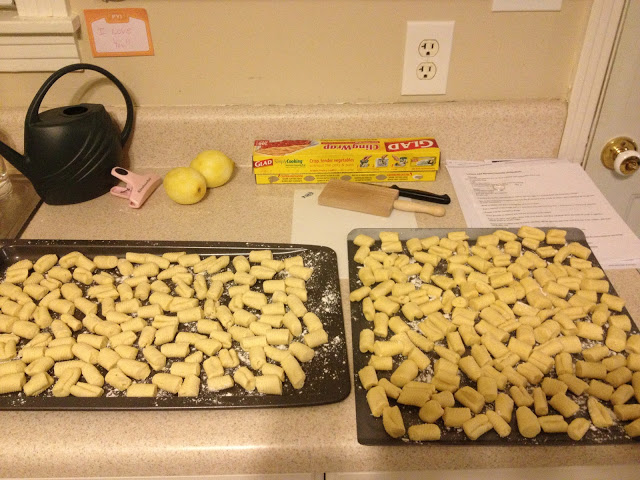 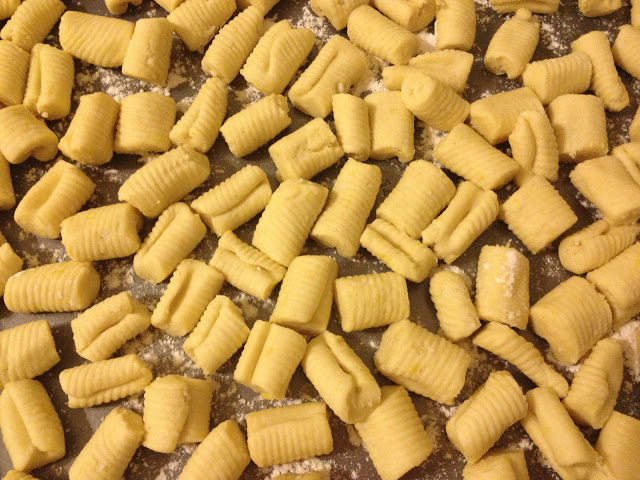