On Saturday morning, the neighbors and I noticed a little baby skunk meandering through my yard. 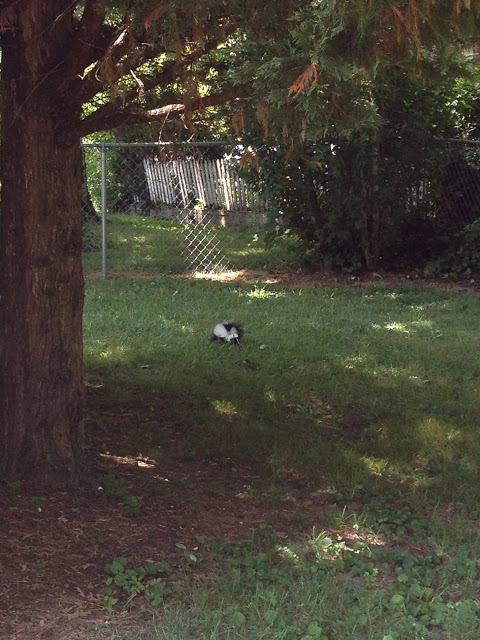 Now, you can see how small this thing is, and it struck fear into the hearts of those with outdoor pets, and I myself have been more careful at night after thinking one was a “kitty” several nights ago.  Rob and I headed to Home Depot for tiling supplies and Lindsay let me know she was going to call animal control. 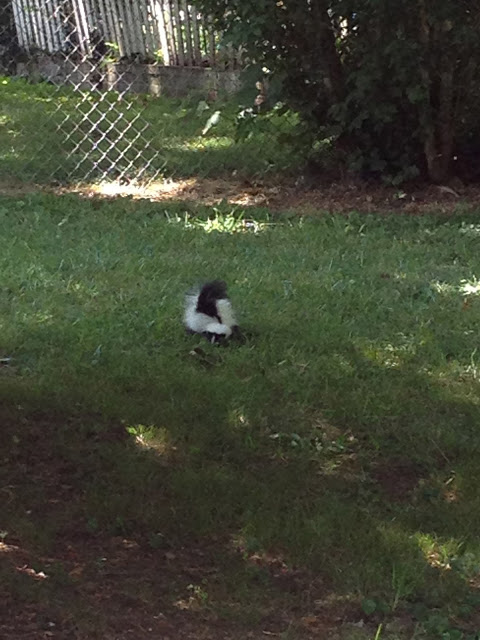 The little guy hobbled around while we left.  At Home Depot I get a call from Lindsay that the entire police force of Franklin had descended to take down my skunk.  We came home to this… 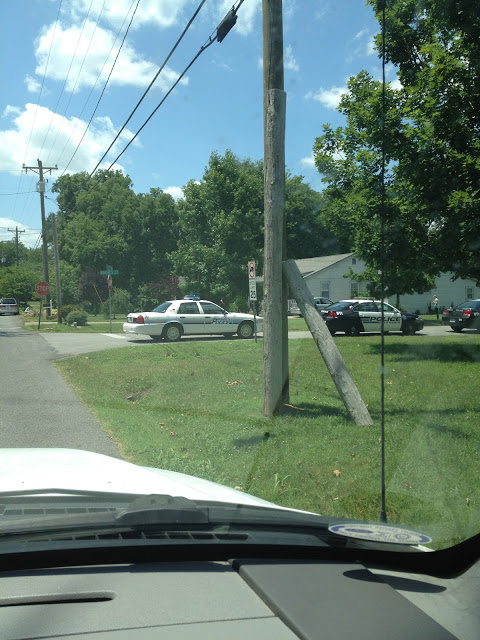 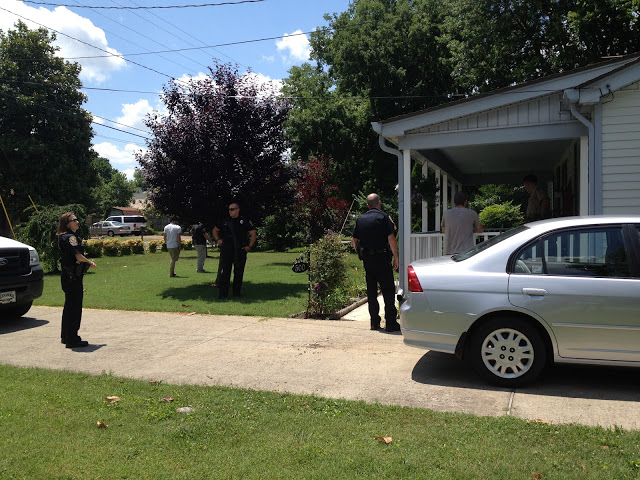 No fewer than 4 cop cars lined the street, along with animal control.  They had their guns out and one guy had a rather intimidating automatic rifle at the ready should the baby skunk decide to attack.  I’m sure this peaked the curiosity of the neighbors, who saw enough police for a murder scene in the front yard of the “new girl.”  I reiterate, we are dealing with a baby skunk here, people.  At one point the animal control guy got on his hands and knees to look under the porch and the cop standing next to me said, “Oh, that is brave.”

Apparently, two skunks were caught last week and both were rabid.  This one was exhibiting signs of rabies, so sadly, it needed to be dealt with.  The little guy parked himself under my front porch and refused to budge, in spite of hose spraying and lots of banging.  The problem being that if he sprayed, my entire house would smell for months.  They left a humane trap baited with a can of cat food.

A couple hours later, he was happily munching on cat food in the trap. 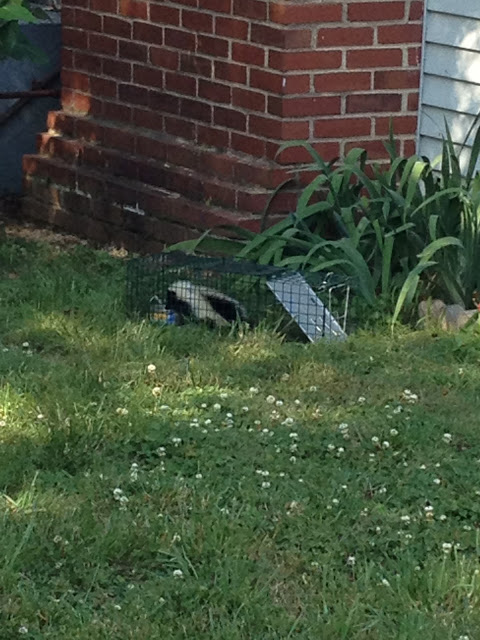 Animal control came back, covered him with a large bag and drove him to another life.  It was bittersweet seeing him go, but at least the neighborhood pets will be safe.  The mama “kitty” is still roaming around, but hopefully she will stay nocturnal and non-smelly.  Until our next wildlife adventure!