I’m laying in bed writing this, but I feel like I’m still on the boat and everything seems to be rocking from side to side. We had the most incredible day out on the water. We took the catamaran all along the
coast to the bottom of the island where the Pitons (pee-tahns) are. Our boat was big enough to hold 85 people, but there were only about 15 of us including the crew, so it was kind of great. 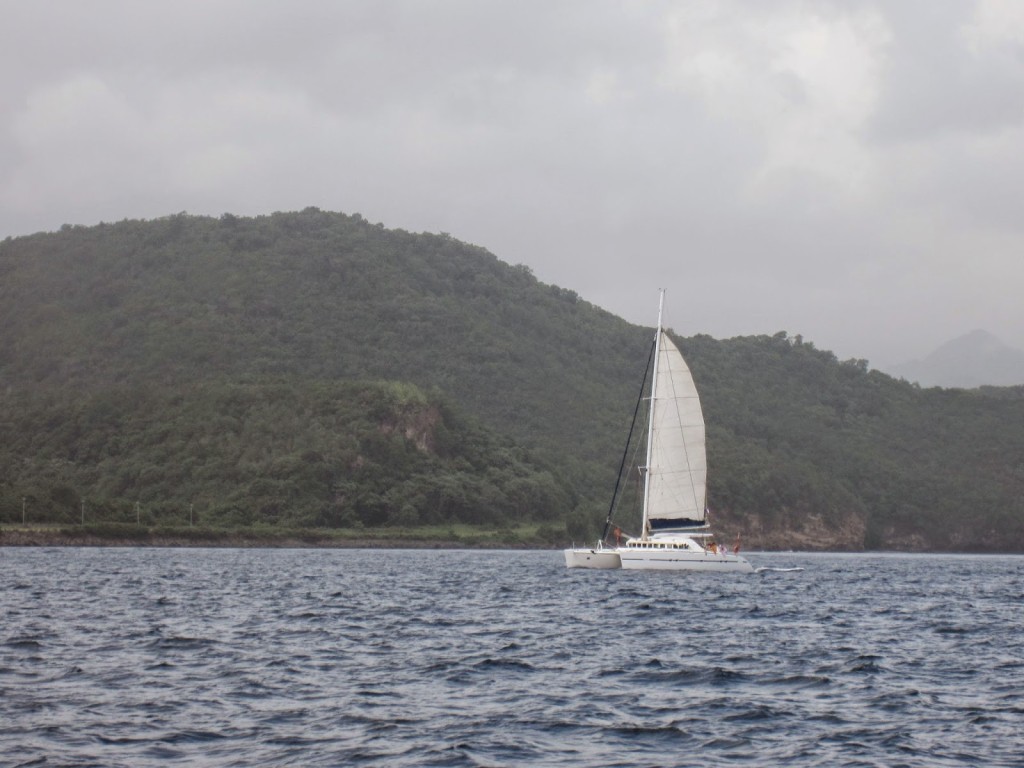 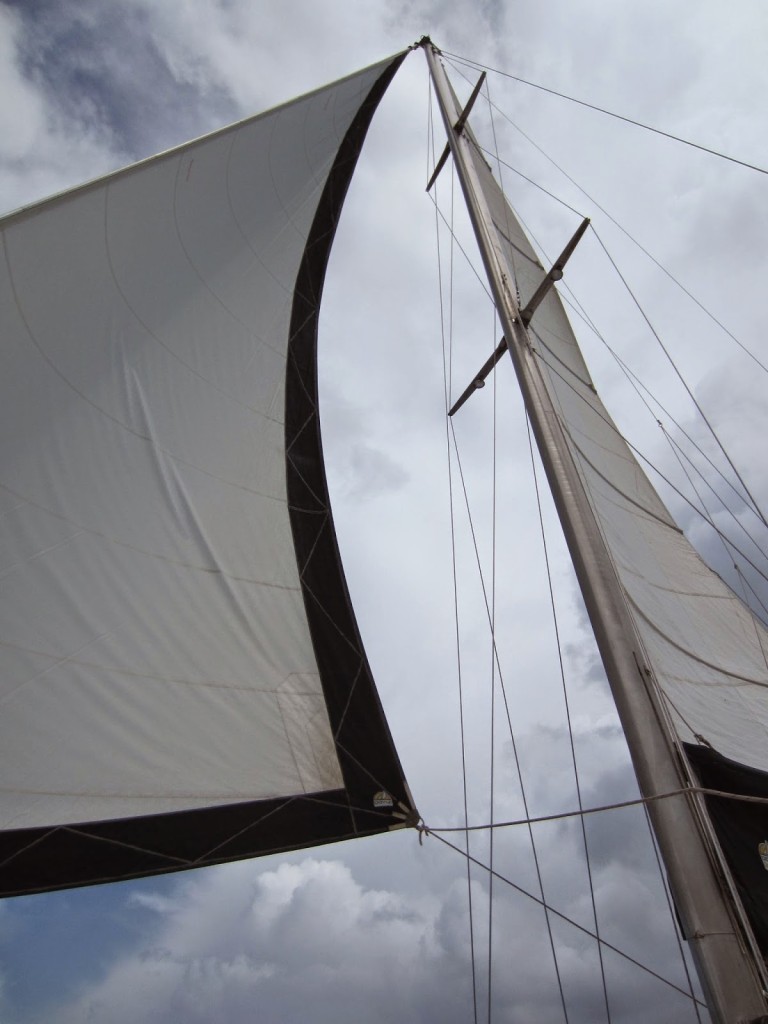 On the way there we saw flying fish!!!!! I’ve only read about these so I was freaking out. They would jump out of the water, skip along and just fly for about 30 feet before diving back in. It was so cool! We talked to one of the crew who used to work on a fishing boat. It was a catch and release boat and he was telling us stories of marlins that they used to catch. The largest recorded one caught on the island is 950 pounds.

The crew was so nice, taking pictures of us, playing music, talking and asking where we’re from, bringing us drinks. These people know how to make an experience, that’s for sure! 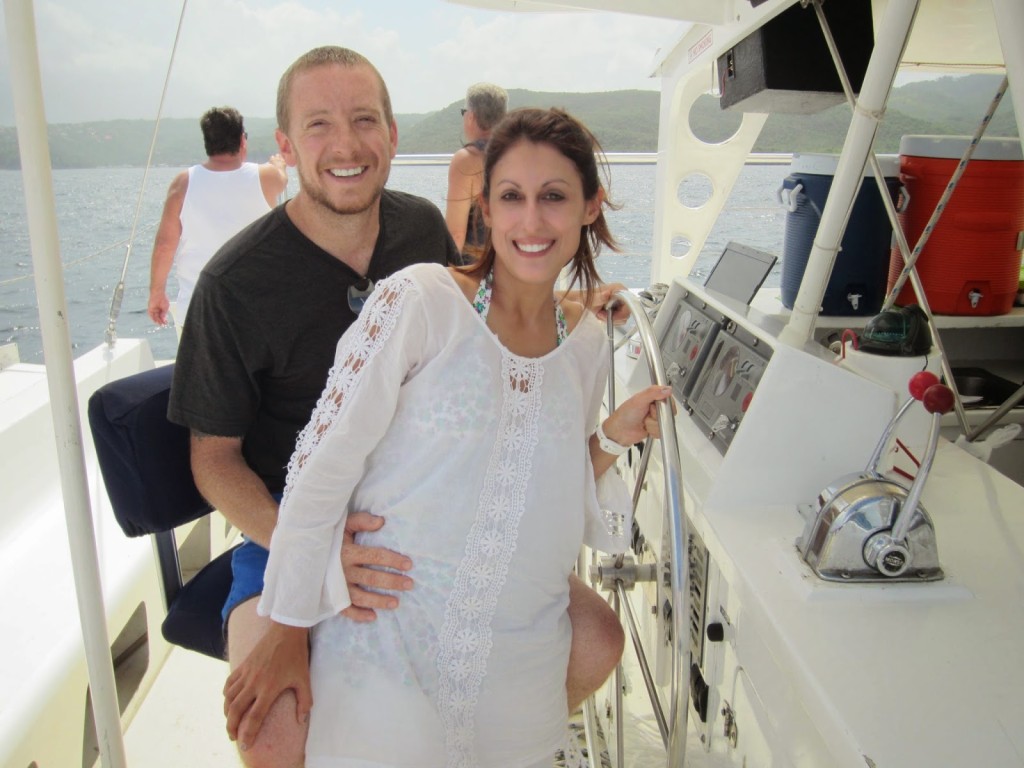 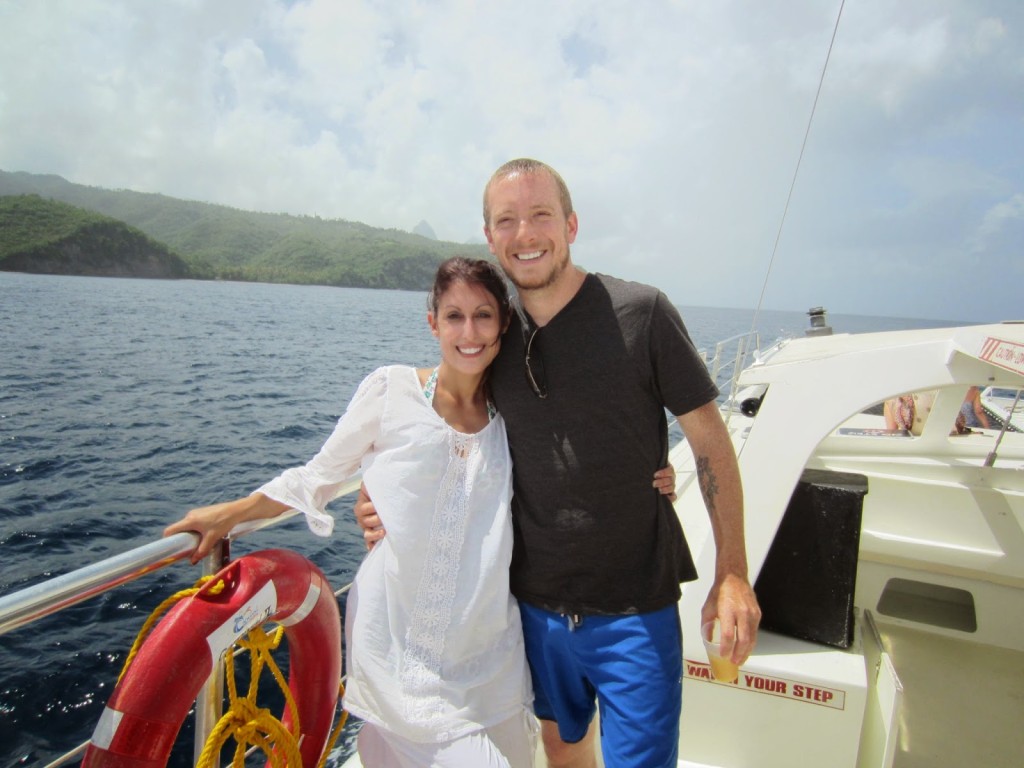 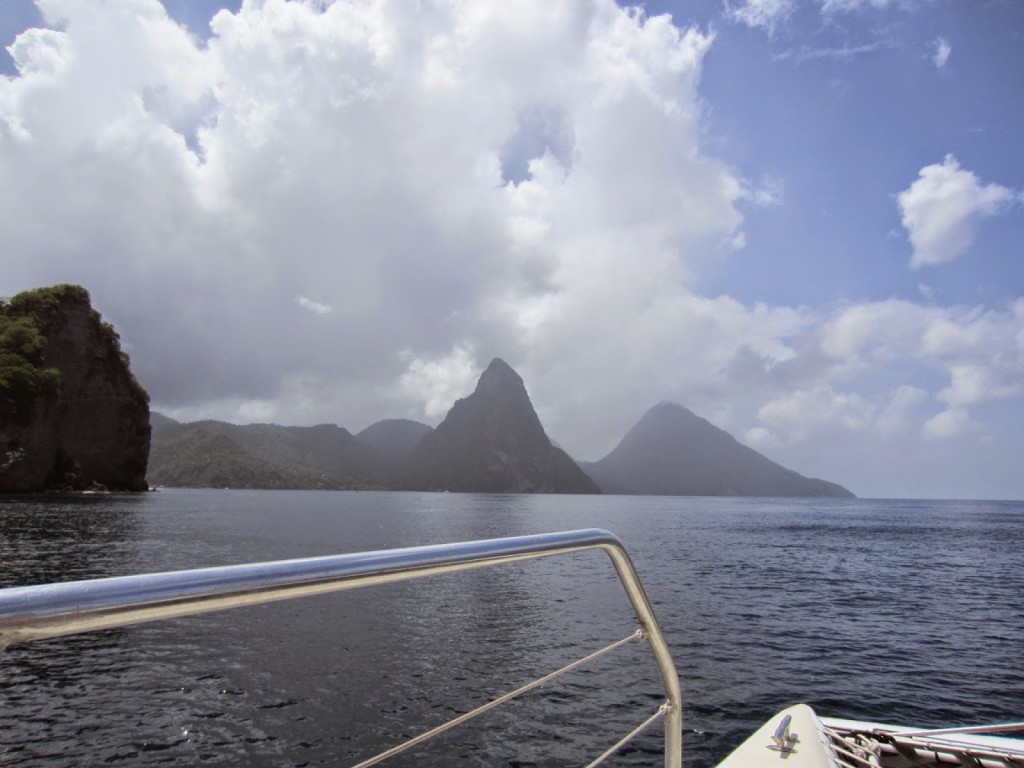 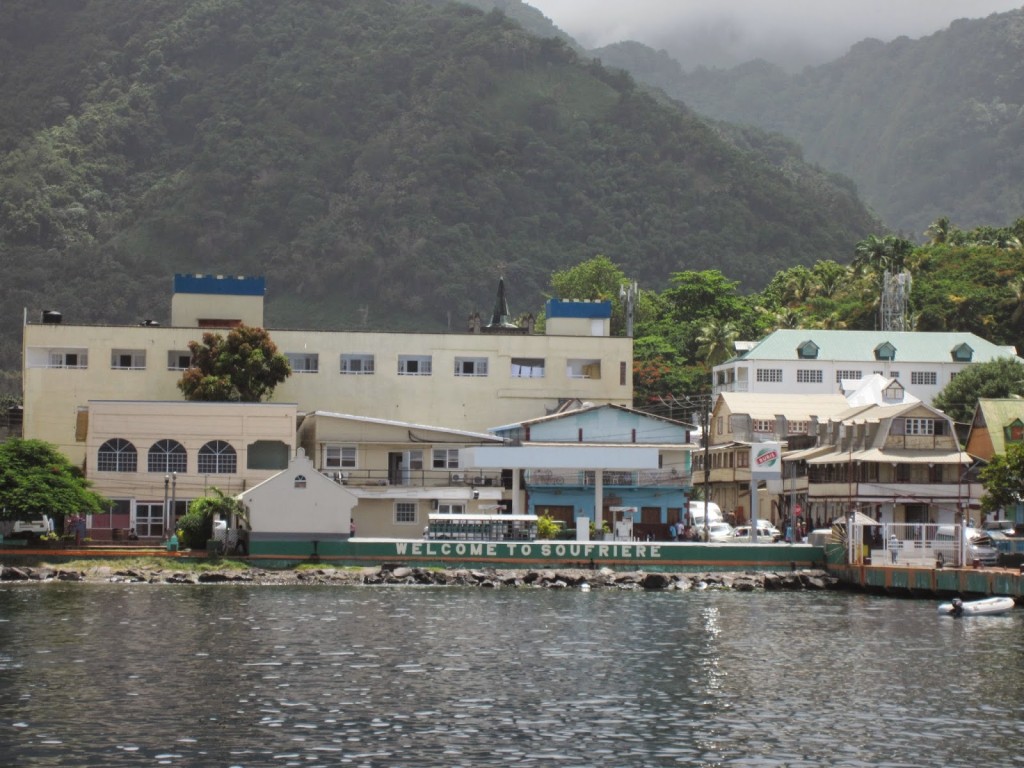 When we got to Soufriere, we hopped onto a van and headed to the botanical gardens. Our guide walked
us around and told us all the names of the flowers. They had all these incredible tropical plants, like what
they sell as houseplants in our part of the world, just growing all over the place. There was a river that ran gray with minerals. We walked up to Diamond Falls which is right in the middle of the garden. Superman 2 was filmed there. 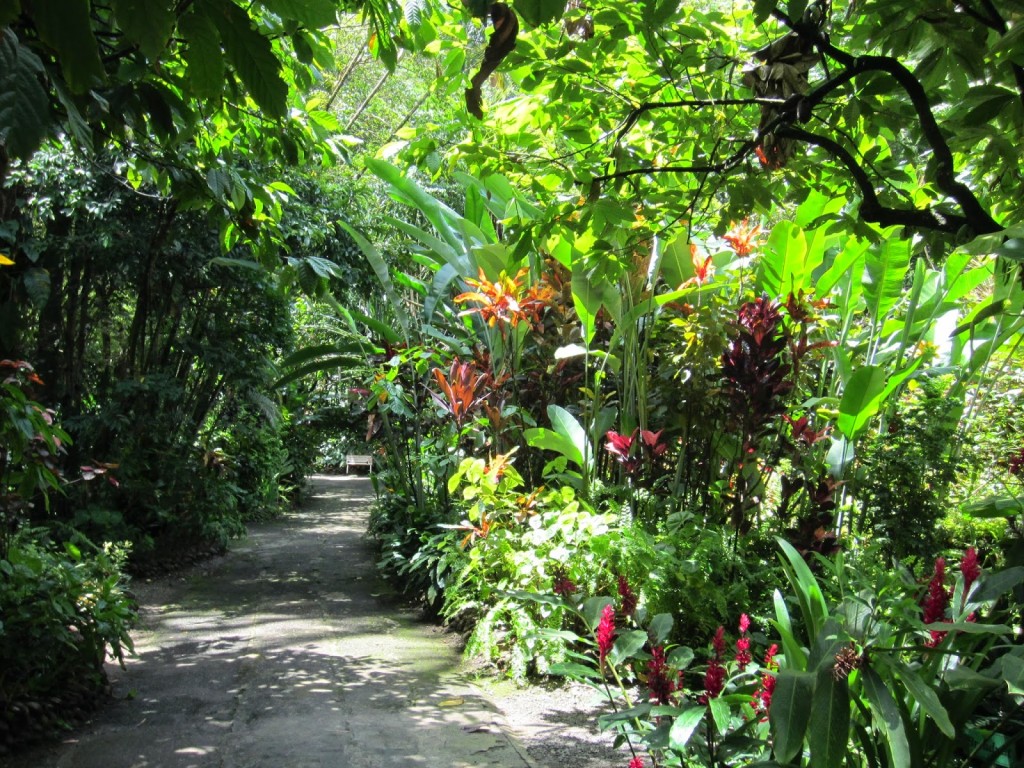 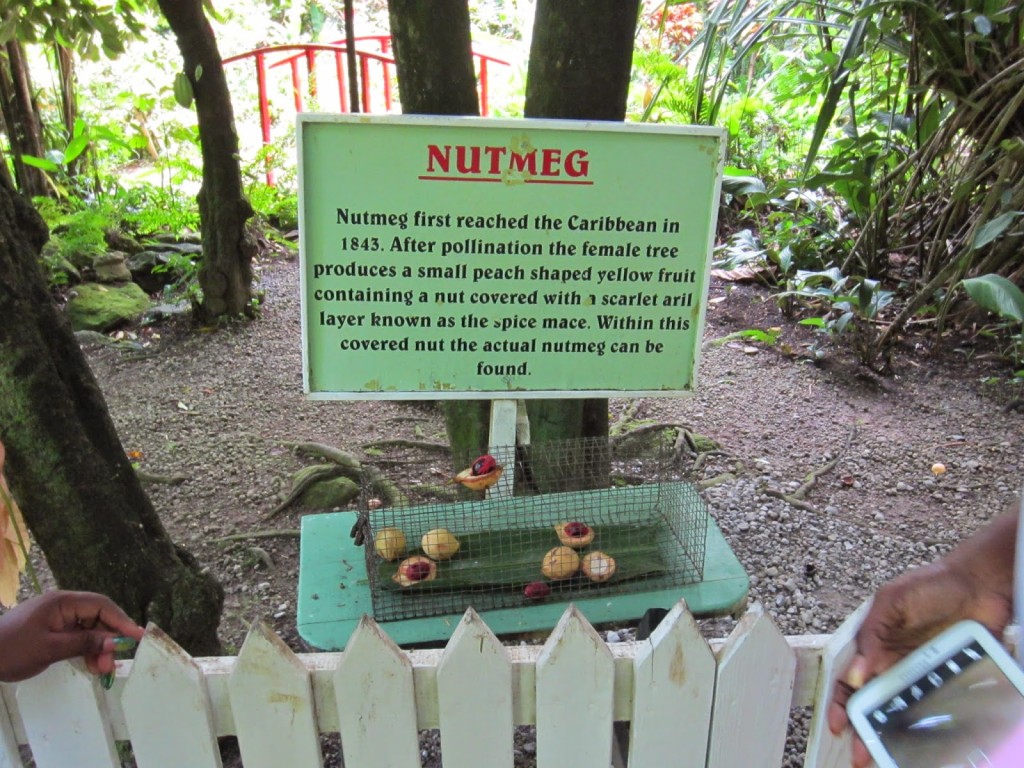 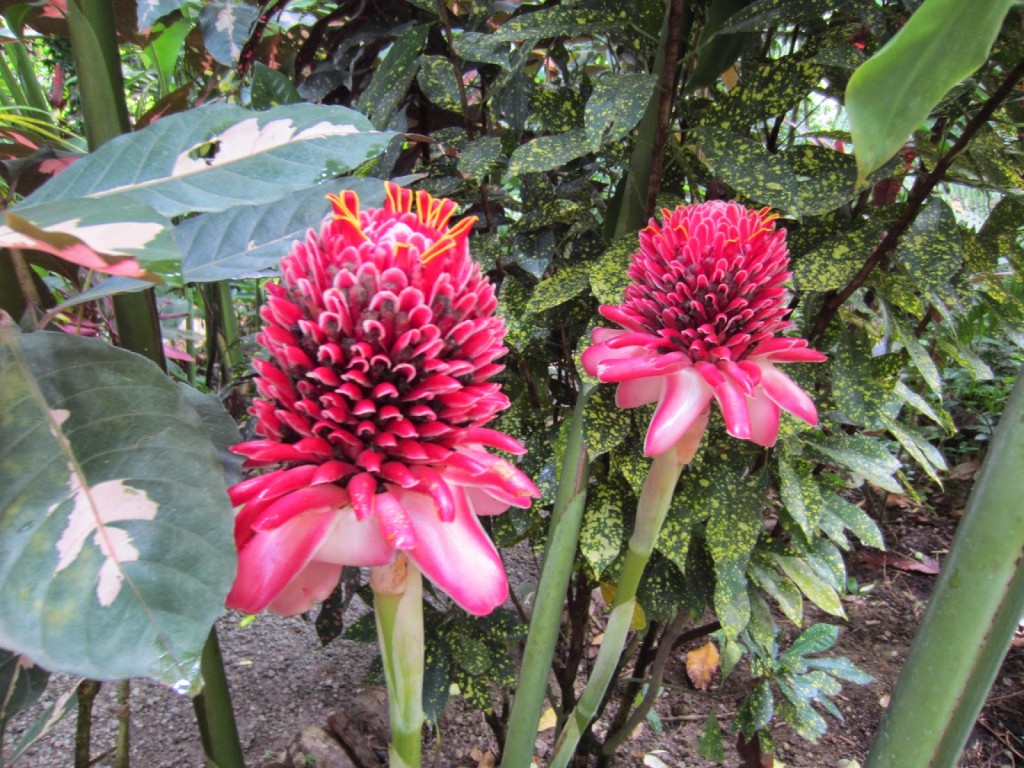 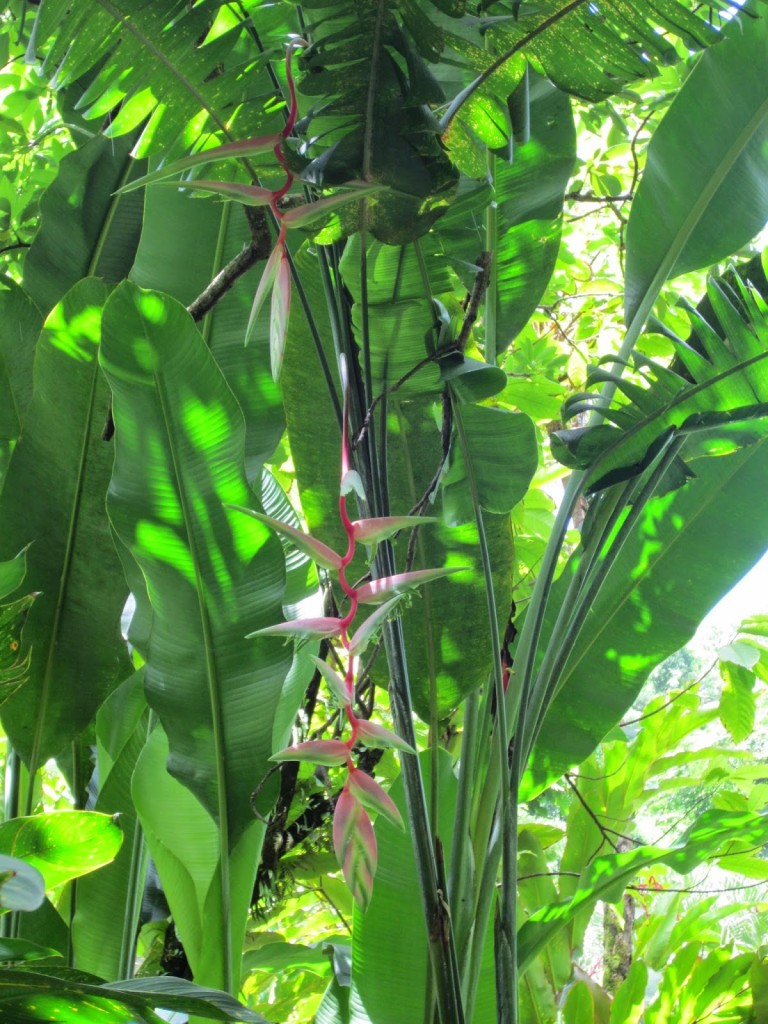 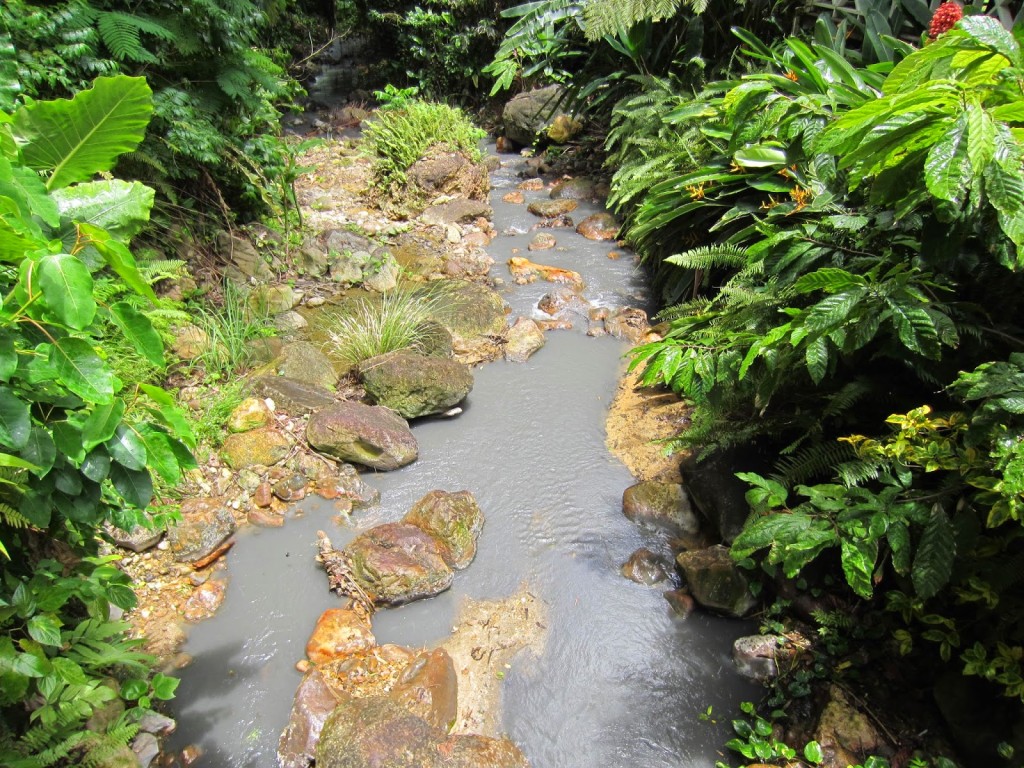 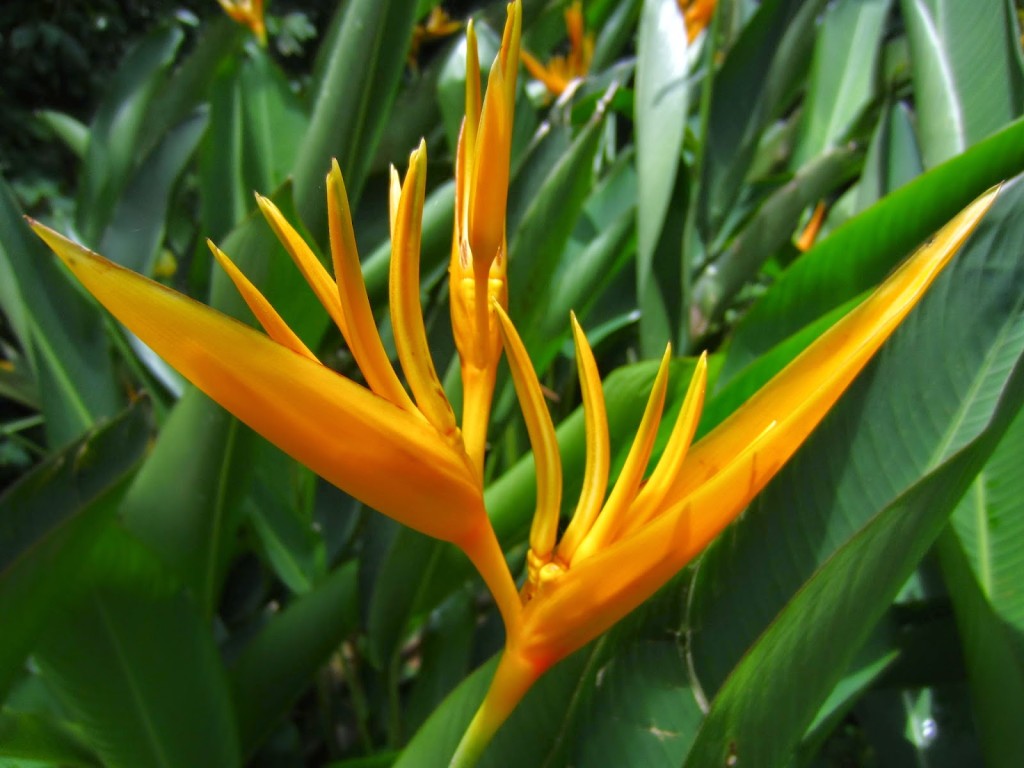 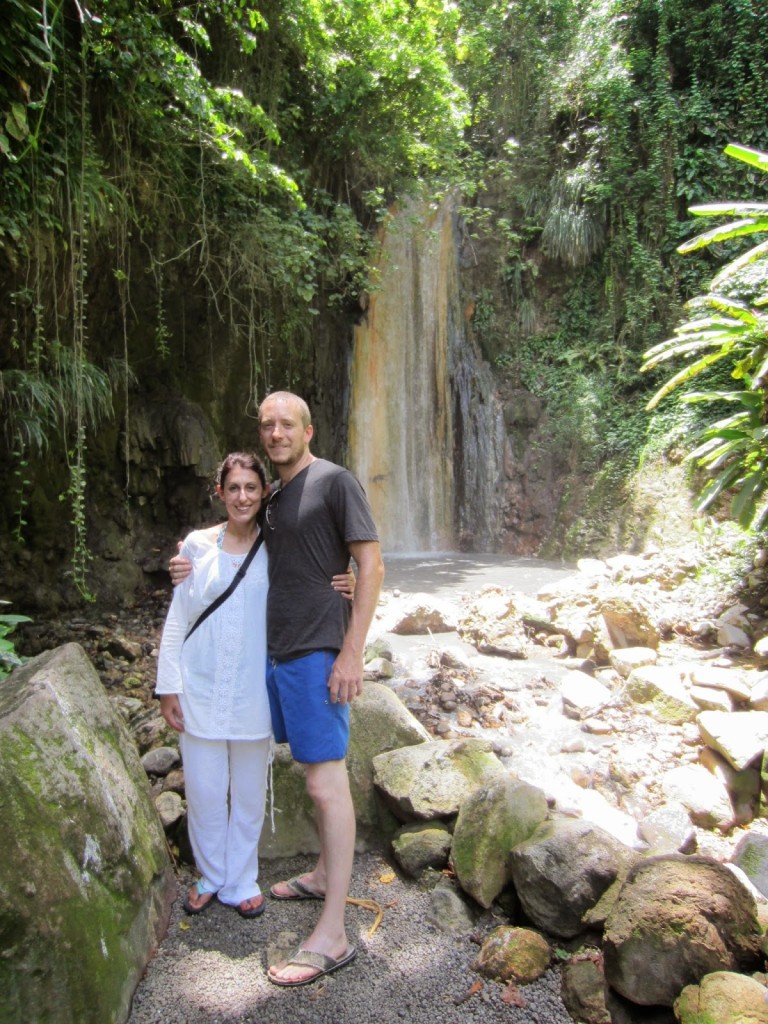 After the botanical garden we headed to the volcano where some people took mud baths, but we opted for
the volcano tour. As soon as we got out of the van I was gagging. The smell of sulphur was totally overpowering, like rotten egg salad that’s been left out in the sun. My stomach was queasy the whole time, but it was fascinating. The site had all these bubbling pools which are seawater mixed with sulphur and minerals…boiling point! The town of Soufriere is a volcano, so the whole time we were there, they told us we were driving in the volcano. The meaning of the town’s name is literally “sulphur in the air.” We saw hummingbirds there! In fact, one was the size of a regular bird and had iridescent blue on it…so incredible.  Also, part of the Bachelor was filmed in a dirty little pool leading up to the volcano. 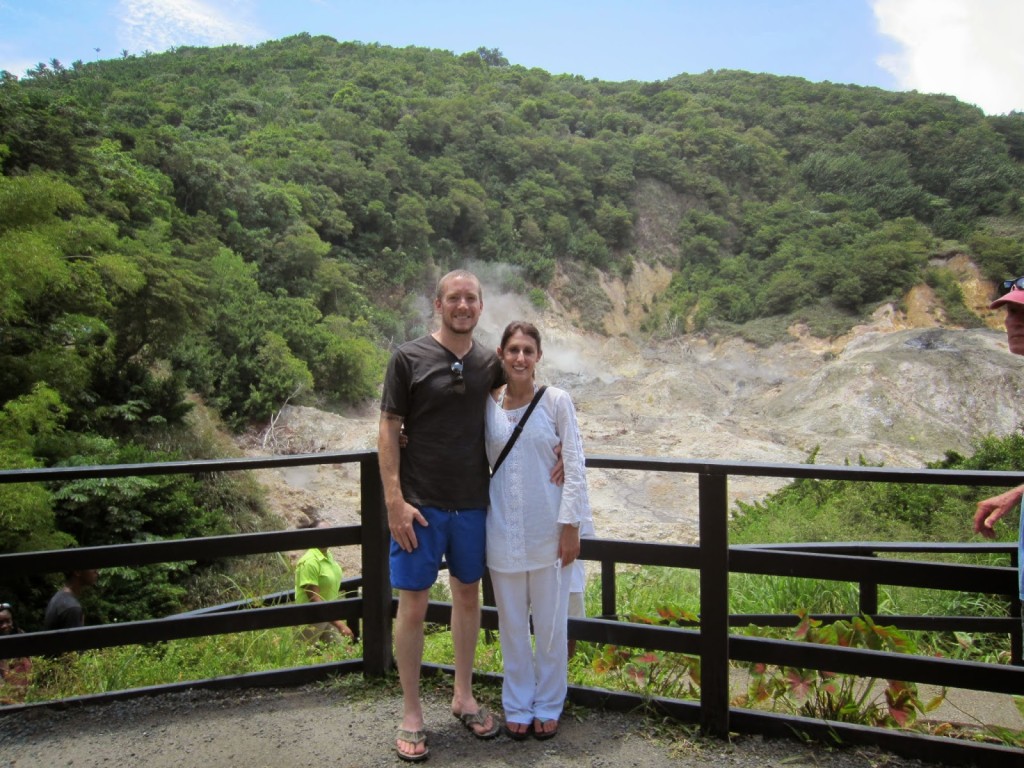 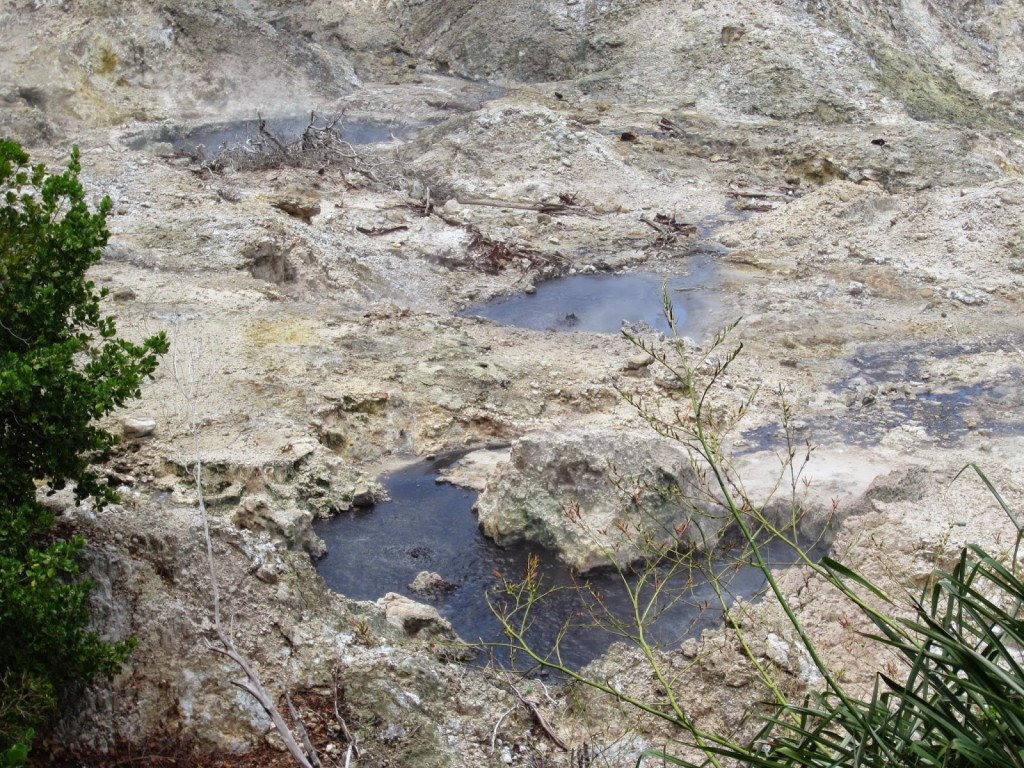 After that we had lunch at a local sugar plantation and ate creole chicken, rice, and veggies. Then we headed back to the boat for snorkeling and swimming. They basically just stopped the boat in a cove and told people they could go in and snorkel. I took one look down and was like hell-to-the-no. We were in about 25 feet of water and I just would have freaked out. I am no longer sure about the snorkeling trip tomorrow. Rob was brave and jumped right in, assuring me a few times that if I’d been in there I would have been nervous. You can see pictures below of Rob in the middle of the freaking ocean just floating around. 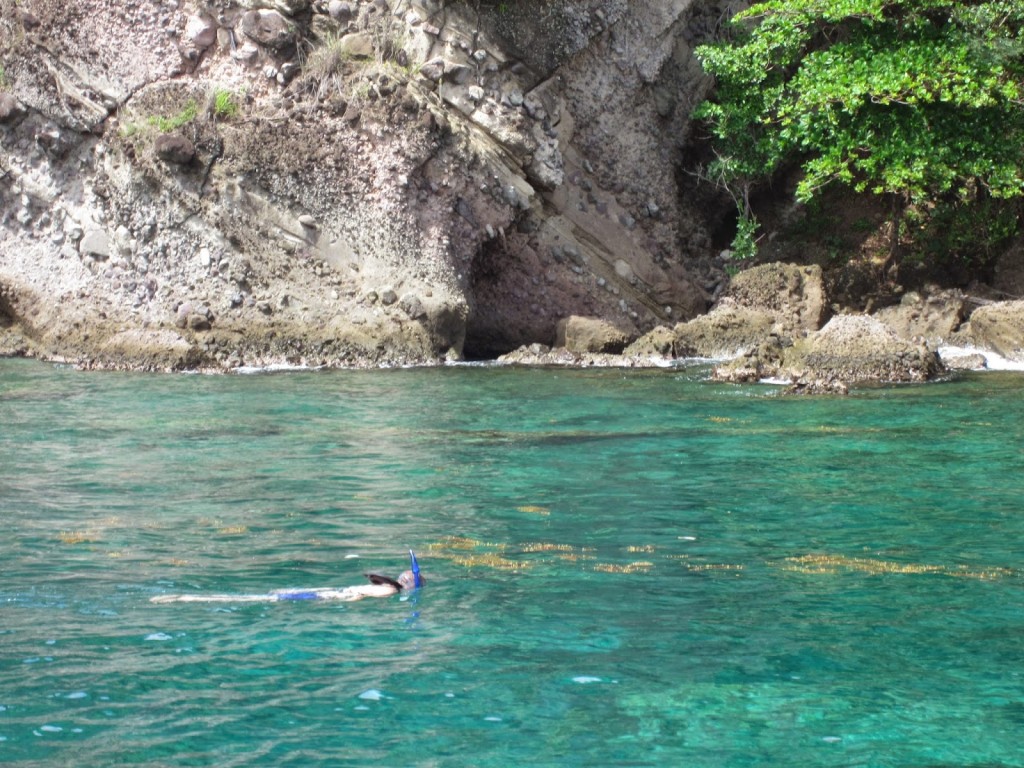 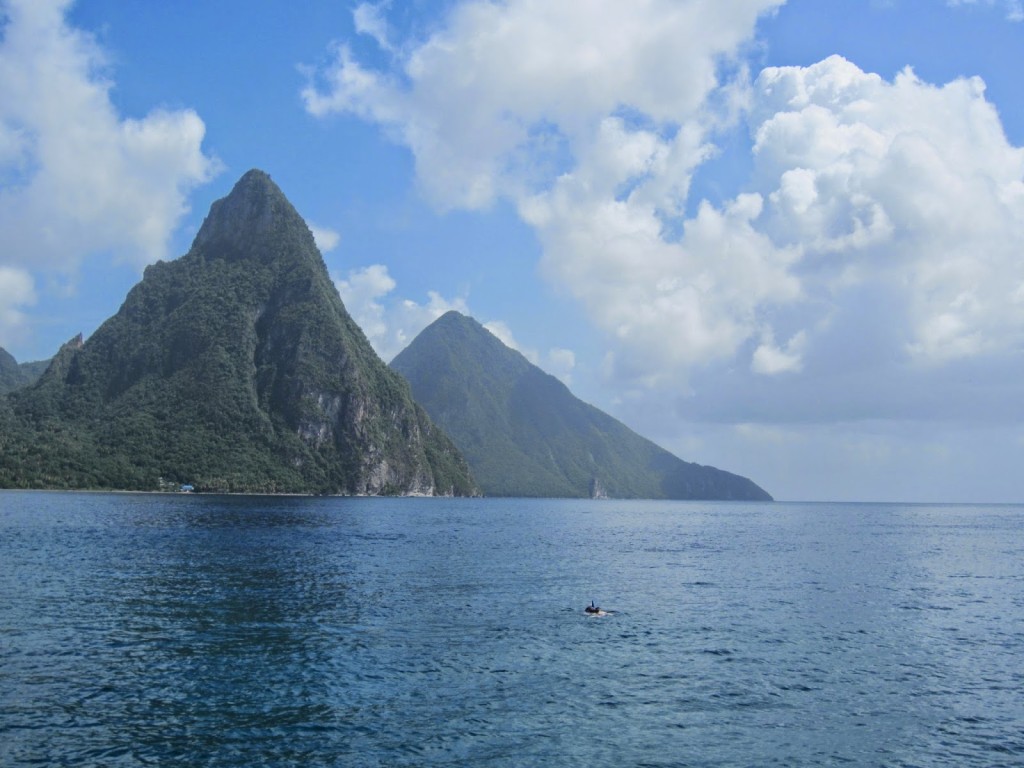 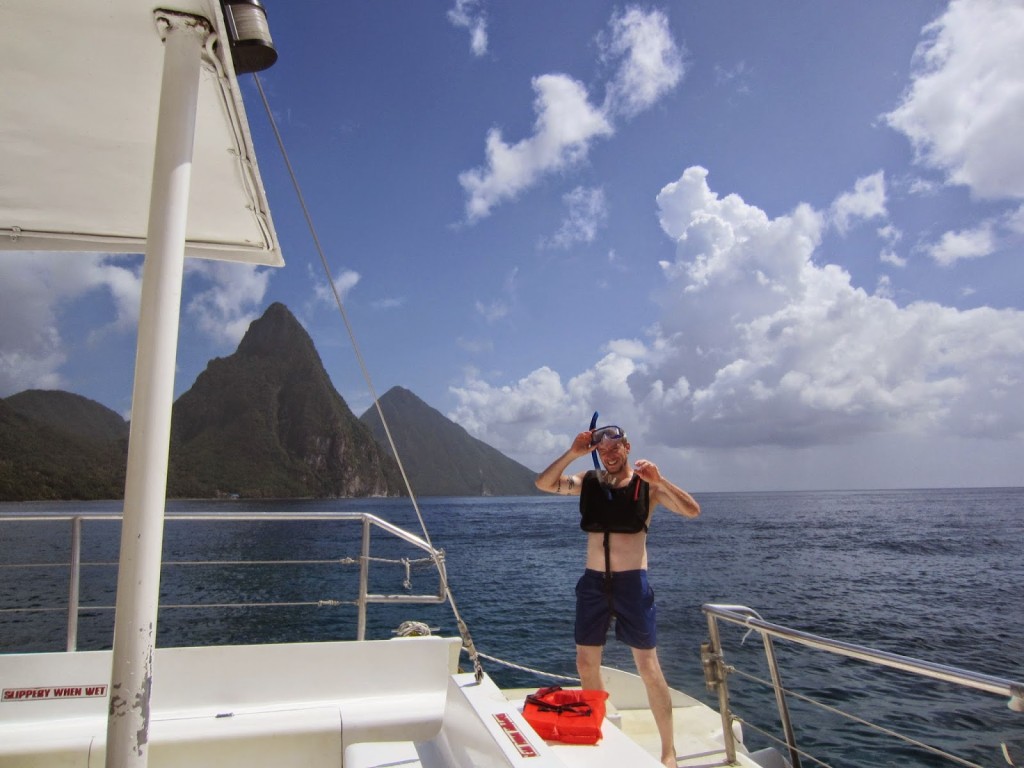 On the way back we went into Marigot Bay where Dr. Doolittle was filmed. It was small, peaceful, and totally gorgeous. Mick Jagger and Harrison Ford have homes there. We were told the most expensive home is around $9 mil. 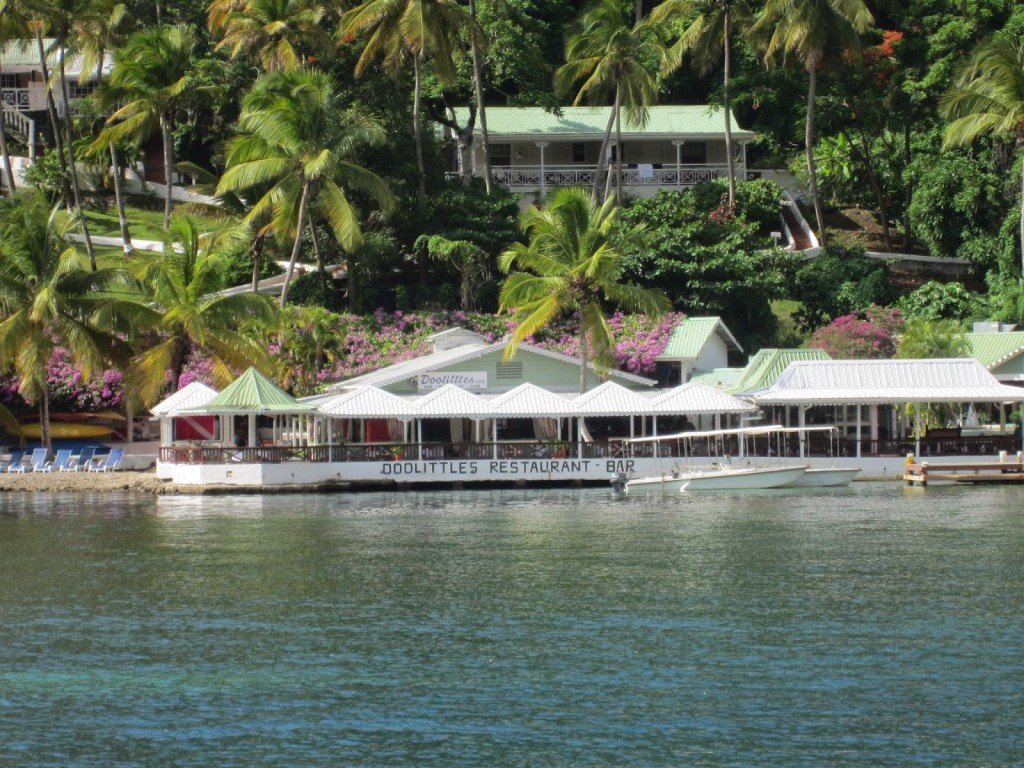 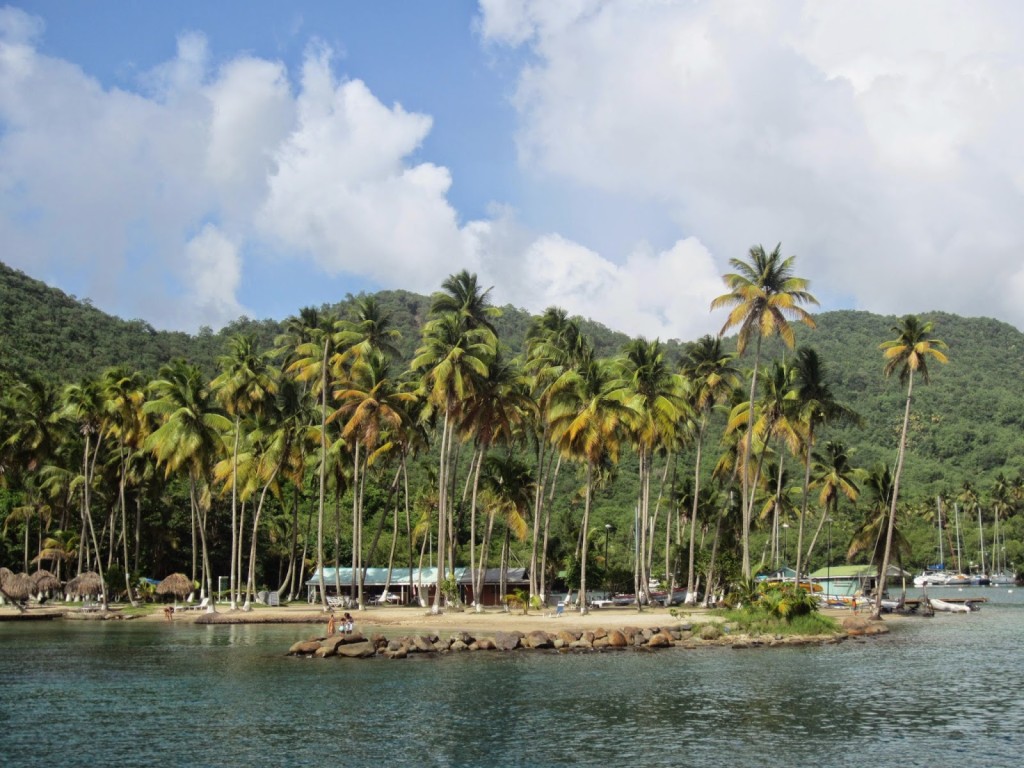 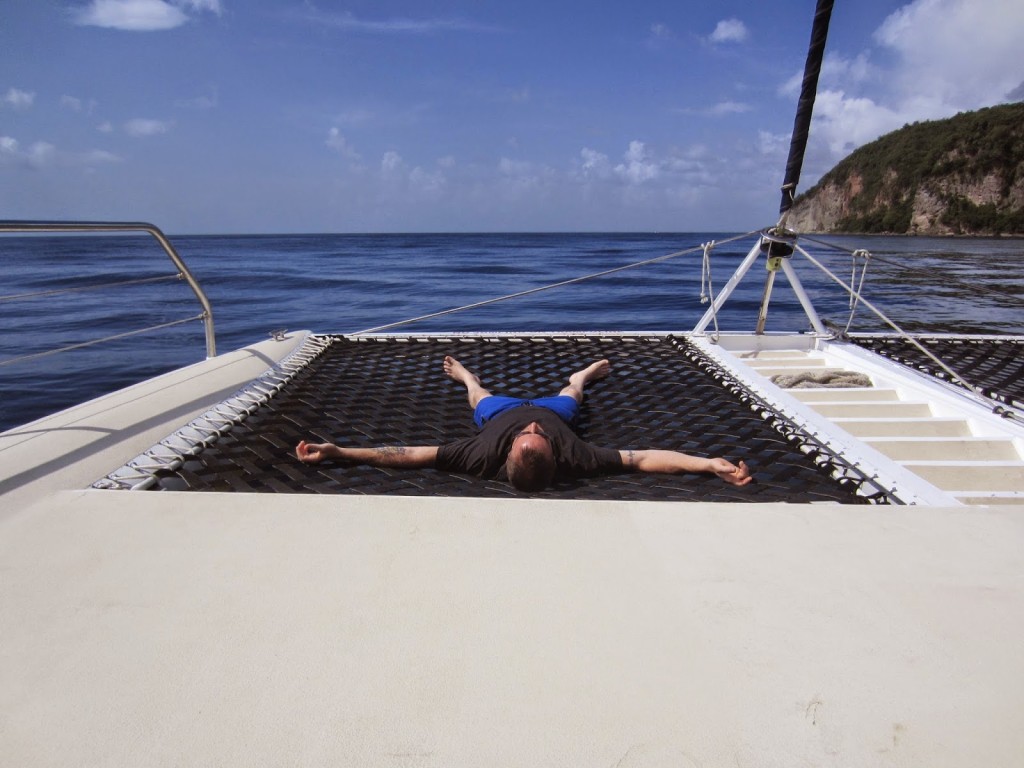 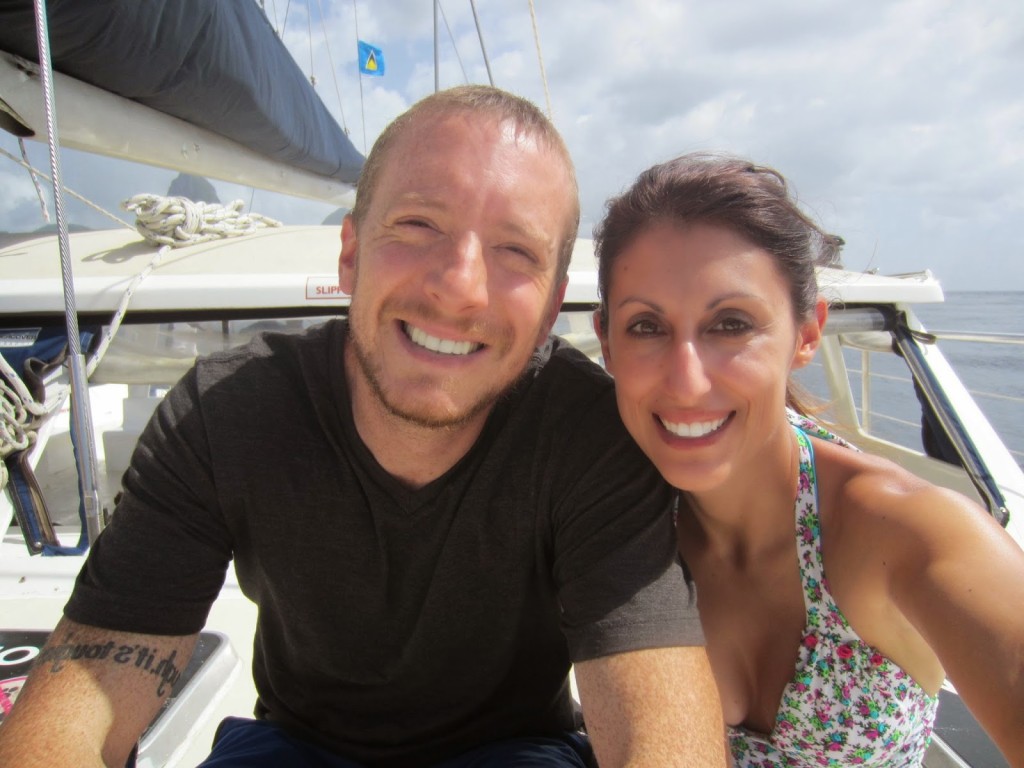 The marine police freaked us out on the way back, heading straight for the boat and then veering off at the last minute. Then they pulled alongside us. They were giving a group of school children a tour. Our catamaran was booking it at 150 horsepower, but the police boat has 900 horsepower and was doing donuts in the water…it was rad. 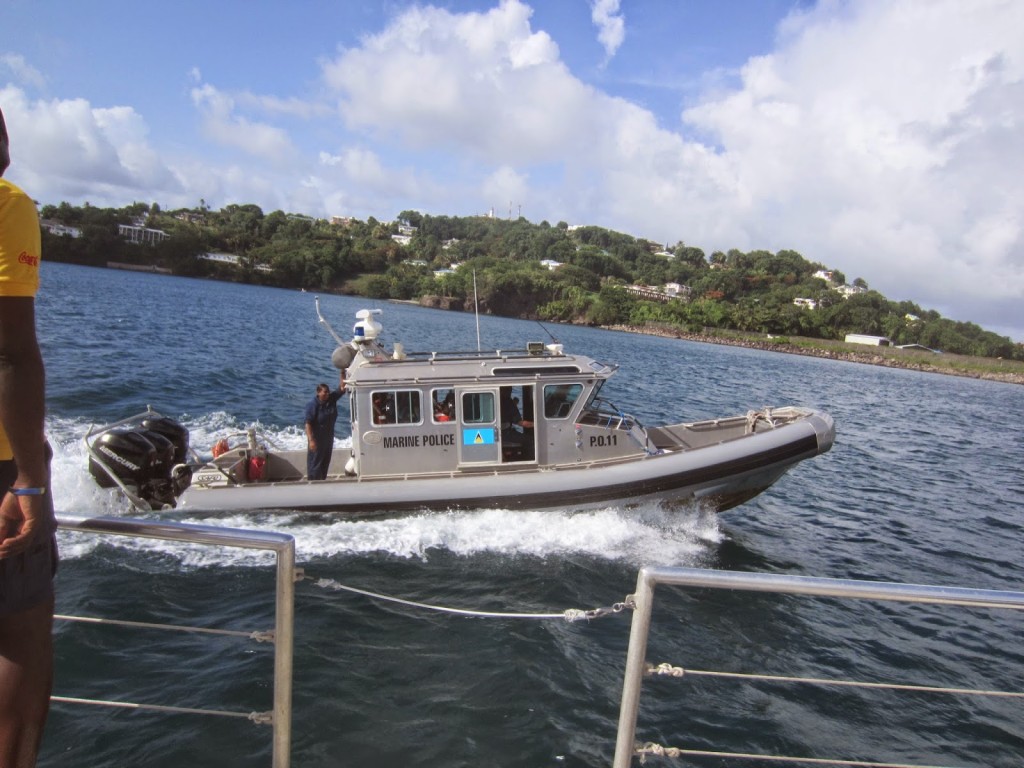 So it was another totally lovely day and being on the water was so peaceful and fun at the same time. We miss our pets though. Maybe we’ll see some dolphins or a whale tomorrow!